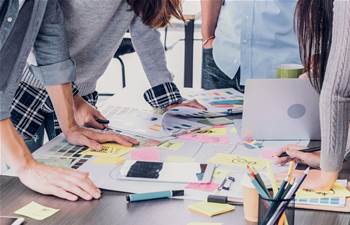 The Australian Competition and Consumer Commission (ACCC) wants new powers to rein in Google and its dominance in the advertising technology ('ad tech') sector.

In a report [pdf], the ACCC said more than “90 percent of ad impressions traded via the ad tech supply chain passed through at least one Google service in 2020”.

The commission said it had identified "systemic competition concerns relating to conduct over many years" in the sector, and needed better intervention options than are currently available.

"Investigation and enforcement proceedings under general competition laws are not well suited to deal with these sorts of broad concerns, and can take too long if anti-competitive harm is to be prevented,” ACCC chair Rod Sims said.

“Investigation and court proceedings are lengthy and necessarily retrospective, seeking to address harms after they have occurred.

“New regulatory solutions are required to effectively address the competition concerns we have identified, in an enduring and timely way.

“Therefore, it is recommended that the ACCC be given the power to develop sector specific rules to apply to those providers of ad tech services that meet pre-defined criteria linked to their market power and/or a strategic position.”

A Google Australia spokesperson has been contacted by iTnews for comment.

Ad tech services are used when buying and selling digital display advertising and rely on complex algorithms and systems.

The commission said that a string of strategic acquisitions by Google had afforded it a considerable amount of data, though noted how that data might influence the ad tech business is unclear.

The ACCC alleged there were potential "conflicts of interest" in the way Google handled different parts of advertising transactions.

“Google’s activities across the supply chain also mean that, in a single transaction, Google can act on behalf of both the advertiser (the buyer) and the publisher (the seller) and operate the ad exchange connecting these two parties," Sims said.

“As the interests of these parties do not align, this creates conflicts of interest for Google which can harm both advertisers and publishers.”

More transparency around the pricing and the operation of adtech services is needed to “establish standards” with companies releasing prices for consumers to better compare, he said.

Consultation on draft rules could occur as soon as the first quarter of 2022. They will then be presented in a broader ACCC report due in September 2022.

Sims added that the ACCC is "engaging very closely with our international counterparts who are at different stages of introducing similar rules to deal with these issues."