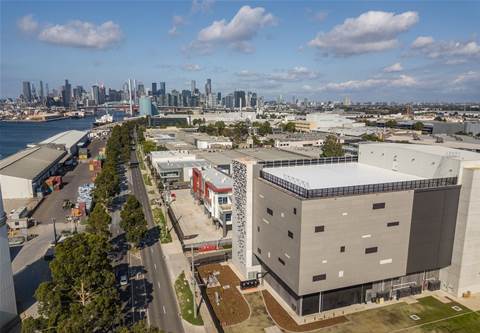 With digital projects in overdrive as enterprises continue to make digital transformation a top priority, Melbourne is in the middle of a cloud service provider capacity boom as titans like Amazon Web Services (AWS), Microsoft, Google and Oracle rapidly build out cloud regions across the city.

While Sydney has enjoyed significant growth in data centre capacity and benefited from hyperscale cloud service provider regions for some years – ranking the city alongside major global markets like Singapore, Tokyo and Hong Kong – attention is now shifting to Melbourne. This is due to rising demand from data-centric digital leaders in industries such as financial services, and the development of next-generation applications like machine learning and artificial intelligence.

The digital leaders of the Melbourne-based big four banks, which are strategically investing across all layers of the technology stack, are interconnecting the physical and virtual building blocks with a growing ecosystem of partners. This is driving demand for cloud services and helping big cloud service providers make a case for expanding their regions to the Victorian capital.

Major Melbourne-based enterprise customers have been demanding that cloud service providers invest in digital infrastructure in the city so they can accelerate their digital transformation plans. This will improve application performance and minimise latency by securely deploying and connecting to cloud locally.

Google Cloud joins Microsoft Azure and Oracle Cloud with regions in Melbourne, and AWS is expected to add its region in the next twelve months.

Guy Danskine, Managing Director of Equinix Australia, says all the recent activity by the major cloud service providers in Melbourne demonstrates just how valuable the city is becoming as the shift towards hybrid multicloud continues.

“Melbourne’s rising status as a cloud infrastructure hub will appeal to organisations looking to migrate to a hybrid and multicloud strategy that maximises their returns from cloud, while minimising risks,” says Danskine.

Digital transformation initiatives are pushing hybrid and multicloud deployments to support next-generation workloads. And an Equinix-and Google Cloud-sponsored report in 2020 by analyst firm IDC found that 90 per cent of enterprises will rely on a mix of on-premise/dedicated private clouds, several public clouds and legacy platforms to meet their infrastructure needs.

The business case for Melbourne

The continued march into Melbourne by the major cloud service providers echoes a global pattern of expansion, according to Mr Danskine.

“When you look at how the major cloud providers are deployed around the world they get to as many major cities as they can, as quickly as they can,” he says. “Through simple prioritisation, they entered the Asia-Pacific region first in Singapore, then Tokyo, Hong Kong and Sydney. They then complement these core markets with additional expansion into cities like Osaka, Seoul, and now Melbourne.”

The public cloud service providers respond to cases for regional expansion in emerging markets like Melbourne once the initial cloud landing points in a country absorb enough capacity to make the investment worthwhile and demand is demonstrated.

Getting on top of latency issues

“Large enterprise cloud users in Melbourne don’t want to consume cloud products in Sydney, which creates a lot of back and forth on their networks. Instead, they want the freedom to securely deploy, run and manage their data and applications as close as possible,” says Danskine.

“Several enterprise customers have remarked to me that they have told cloud service providers it is critical to deploy direct access to resources in Melbourne to secure their business.

“One organisation I believe may welcome the arrival of a Google Cloud region in Victoria is ANZ Banking Group, which has previously said publicly it is scaling up cloud adoption and shifting from tactical projects to an industrialised approach to app creation and migration work,” adds Danskine.

The Victorian government, which has an ambitious digitisation strategy, will also benefit from the new Melbourne cloud regions coming online. Government agencies will have more provider choices, local compute and storage capability, and another pathway for solving data sovereignty issues.

Getting on top of latency issues is another major factor for enterprises looking to run cloud native applications across Sydney and Melbourne. For example, a business will encounter user experience problems if its Melbourne office is suffering a 12-millisecond wait for data transmission compared to a 2-millisecond wait in its Sydney office. As businesses deploy more and more deep analytics to better mine their data, application response times can build to intolerable levels for users a long way from the data cloud.

“If a customer on the end of one of those applications has to wait 10 seconds for information to load each time they click on it, it is just not going to be used again,” continues Danskine.

The cloud infrastructure built up in Melbourne is also good news for overall IT resilience.

“Having a local Melbourne presence, as well as Sydney, and pairing them together is really important,” says Danskine.

As a Google Cloud interconnect partner, Equinix provides dynamic direct connectivity to its global infrastructure network of 34 metros, which now includes Melbourne. Together with Equinix, Melbourne-based enterprises can realise their hybrid and multicloud strategies, by localising applications and services through interconnected ecosystems.

WISE Employment, the Australian not-for-profit organisation that assists thousands of people with a disability find meaningful work, transformed its IT infrastructure to enhance services for job seekers and realise necessary cost savings. By consolidating its data centres into a single Equinix International Business Exchange™ in Melbourne, and leveraging Telstra’s mobile network and Equinix Fabric™, the organisation has reduced power costs by 20 per cent and will save $5 million over a five-year period to 2025.

This transformation, which has enabled WISE Employment to achieve 100 per cent mobility, is a testament to the power of investing in digital capability and infrastructure. This mobility is enabling the not-for-profit organisation to spend more time with customers, collaborate with community partners and develop innovative projects that support job seekers with a disability which in turn is cultivating more diverse and inclusive workplaces across Australia.

While it’s not uncommon to see clouds gathering in Melbourne, the good news is that Equinix can put clouds from almost all the major cloud service providers at the doorsteps of organisations, providing them with flexible, high-speed connectivity to accelerate their digital transformation plans.