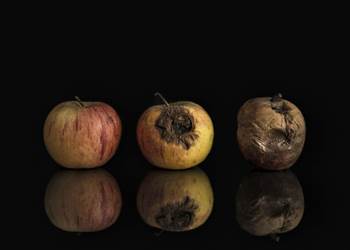 A culture of fear and “Stockholm syndrome” has been blamed for alleged financial abuses and probity lapses at the Victorian Department of Education, in a frank exchange between the current chief of Queensland’s schools authority and IBAC.

The Victorian corruption watchdog is investigating whether lucrative contracts for the state's Ultranet schools intranet were corruptly awarded, and whether subsequent benefits changed hands between a network of associates on either side of the Ultranet procurement process.

IBAC yesterday called Jim Watterson to share his experiences working as a senior executive within the Victorian education department during the Ultranet saga.

Watterson, who has since moved interstate to take up the top job at Queensland’s Department of Education and Training, traced the culture of impropriety and financial mismanagement back to Ultranet boss and former colleague Darrell Fraser.

Watterson worked two stints at the Victorian education department, first as a regional director under Fraser from 2004 to 2009 and later as a deputy secretary from 2012 to 2013.

He said Fraser was a “highly intelligent and clever person” with a good knowledge of schools policy, but “every possible sort of attribute that he had [in terms of] leadership probably was self-defeating in the regard that – it was his way or no way”.

Watterson described the organisational culture under Fraser as “one of fear” and “a bit like that Stockholm syndrome where people have been captured and the only way to cope is to agree with their captors”.

The executive came into contact with the full force of the Ultranet mismanagement within weeks of starting his second stint at the Victorian education department in 2012.

His office dug up a series of suspicious contracts amounting to $4 million that have since been exposed as a ploy to channel extra funds to Ultranet contractor CSG from the department, on the same day Watterson had to face a parliamentary estimates committee.

IBAC hearings have produced evidence pointing to a network of former associates - led by Fraser - who appear to have driven the Ultranet deal towards a CSG/Oracle consortium and who enjoyed an unusually cosy relationship with the suppliers.

Watterson said he felt some sympathy for the Education staffers who became embroiled in the allegedly corrupt dealings at the highest levels of the project’s management - some of whom he recalled openly weeping in his office.

He said it was hard for people to do the right thing when the departmental leadership was setting an “organisational norm” of breaking the rules.

“[Before 2009] the culture that I worked in was that if you weren’t supportive and really admiring of the leadership across the [department] then you could be ostracised in a way that would be career limiting,” he said.