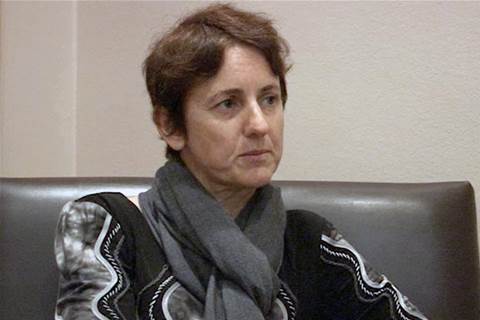 Victorian roads and traffic authority VicRoads is building up new ICT capabilities following a restructure that saw its technology headcount fall from 165 to 128 over the past year.

The authority kicked off a functional review of its Information Management & Technology (IM&T) team last March, amid a major shift in its corporate governance policies.

In October, IM&T shifted from VicRoads’ Technical Services division to Corporate Services, under a wider restructure of the 3000-person organisation that was made public last month.

IM&T director Susan Sly told iTnews that the team would make its final structural changes and capability shifts in the coming three to five months.

“Like most government departments, we are downsizing at the moment,” she said on the sidelines of the CIO Strategy Summit in Melbourne last week.

“We drove our reduction in numbers through a functional review that was run around benchmarking ourselves against where the industry is heading over the next five years.

“Our numbers have actually been achieved by changing our service delivery models.”

The team works with Telstra, HP, Ventyx and HCL and has taken an “outcomes-based” approach to procurement and vendor management since its corporate governance changes in 2009.

“By going to capability-based investments, what we’ve been able to do is share far more platforms across business areas and prioritise IT investments from a business outcomes sense.

“What we’ve got is effectively the most sound approach to IT investment than I think we’ve ever had.”

By taking a whole-of-business approach to technology projects and consolidating investments, Sly said the IM&T team had been able to deliver more with a tight budget.

She highlighted VicRoads’ Windows 7 upgrade as an example, noting that her team had taken an agile, rather than waterfall, approach to delivering the upgrade.

The project commenced in November 2011 concluded in October last year; Sly said the team took half the time it might have needed previously, at about one tenth the cost.

“We wouldn’t have had as close a business knowledge [under the previous methodology],” she explained. “The person running the project actually came out of my finance business area originally but had previously worked in projects in IT and strategy.

“We took a strongly business risk-led approach, rather than ‘here’s an IT project and we’ll manage the business risk on the side’.

“If there was an application that needed to be tested, remediated, or a decision made on whether it was actually required, business executives sponsored those conversations and they were closed off very quickly.”

Sly said VicRoads would look to incorporate cloud services and the state government’s ICT strategy in the next iteration of its IM&T strategy, to be released at the year’s end.

She expected to deliver improvements to its business intelligence and web platforms, integrate traffic and road closure data, and deploy a new contact centre suite and mobile asset management technology in the next 12 to 18 months.