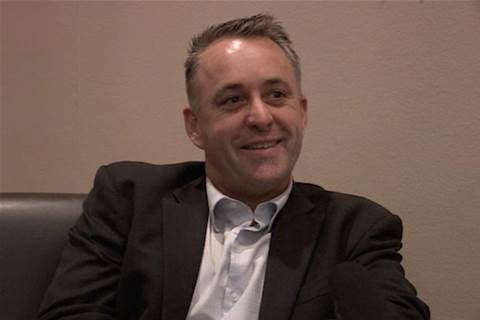 The Department of Veterans’ Affairs (DVA) has set its sights on modernising systems after having outsourced its IT infrastructure to the Department of Human Services almost two years ago.

The department has some 220 technologists managing 250 applications, including corporate and business systems, and an IT budget of about $80 million a year.

“At the moment, our environment is complex so it’s costly to support and maintain,” chief information officer Shane McLeod told iTnews on the sidelines of the CIO Strategy Summit last month.

“We’ve gone through a period where we’ve probably lowered our operating cost in the vicinity of 30 percent [of overall budget] during the last four to five years.

“The next step change will require us to move significantly further along the path of collapsing our technology stack to reduce the number of technologies and applications.”

McLeod planned to rationalise down to about 50 applications, including finance and HR systems, customer-facing platforms and an IBM Curam system, where most of DVA’s data is stored.

Despite tightening budgets across the Federal Government, he said DVA was on track to meet the objectives of its 2010-2015 ICT Strategic Plan, which aimed to cut costs, better support staff, and enhance customer self-service options.

In the coming year, he expected to upgrade DVA’s Windows XP desktops to the Department of Human Services’ common operating environment of Windows 7 and Microsoft Office 2010.

“We’re pretty close to firming the schedule; I like to think that we’d be well progressed by this calendar year,” he said of the desktop upgrade.

“We need to invest to improve quality of service, we need to reduce our operating cost and we need to make sure that we’ve got a rigorous prioritisation process to get that right.”

McLeod said the outsourcing arrangement allowed DVA to use Human Services’ larger IT workforce and capabilities for what it considered commodity ICT.

“Basically, for the commoditised side of ICT, we can leverage off the Department of Human Services on a cost recovery basis and I can focus on the value-add side of the CIO role within then Department of Veterans’ Affairs,” he said.

Privacy groups previously argued against consolidation, warning that a central store of multiple sources of personal information could be abused.

But McLeod said the departments had no plans to combine their separate pools of data, noting that the DVA had put “a lot of attention” into ensuring that it met veterans’ expectations.

“We’re a different department, and as such, I think it’s extremely important to the veteran community that we give them the assurance that we’re a separate environment,” he said.

“We’ve got partitioning from a mainframe perspective and different virtual environments from a midrange perspective. I’ve got confidence … that we’ve got that one covered.”