Technology, through a banker’s lens 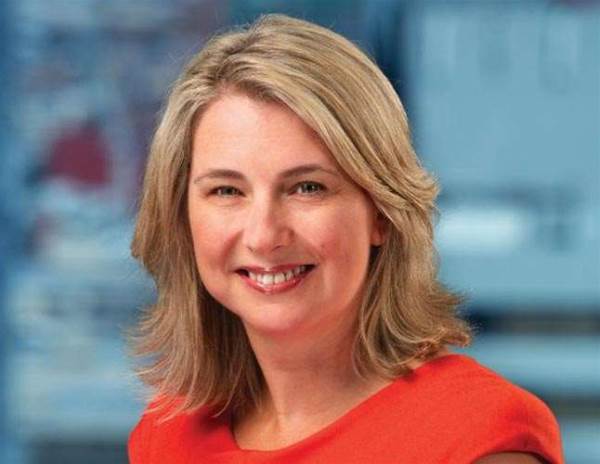 How do you experiment when members expect credit unions to only spend on the technologies they absolutely need?

When Sue Coulter was appointed to lead the technology operations of Credit Union Australia, it was decided she should not wear the ‘chief information officer’ hat.

Coulter has worked “in just about every division you can imagine” during her career in financial services, most recently leading the implementation of CUA’s core banking overhaul.

After the resignation of CIO David Gee, it was decided she would simply add  “...and technology” on the end of her existing title as general manager of business transformation.

“It was a conscious decision to have the word business in it,” she told iTnews.

“What I bring to the role is a broader scope of understanding about business challenges in financial services.

"I have seen the frustrations that can build up in the business around IT. I could sense over the years that something would have to change. There has been such a convergence between business and technology.”

Today’s technology leaders “need to understand the product and marketing challenges”, Coulter said, as well as “a broader understanding and awareness of what technology needs to do to support the business.”

The expansion of Coulter’s remit came as CUA crossed the finish line of a major technology refresh under former CIO David Gee.

CUA has punched above its weight in terms of technology investment in recent times. Gee’s tenure included the restructuring of CUA’s IT team, a move into two new data centres, a server, storage and networking refresh, a thin-client rollout and - most crucially - the overhaul of its core banking systems.

Gee was named Finance CIO of the Year at the conclusion of the overhaul - a credit he shared with Coulter in accepting the award.

With these foundations in place, Credit Union Australia is done with building and ready to productise and ultimately profit from this period of investment.

Coulter came onboard nine months after the overhaul was complete, with the company “just getting back to business-as-usual in terms of technology".

“We are in a nice rhythm of rolling out incremental improvements in the core every four to six weeks. That’s a great place to be," she said.

“What we weren't doing, however, was looking down the pipe. Now we’ve got this great platform and have gone through the pain of moving to two new data centres and a thin client rollout. But we didn’t have a view of where we wanted to be in two to three years.”

Coulter has set about answering a few key questions: "Are we right-sized for the organisation? Is it the right shape? Are we focused on the right things? Do we have the right capabilities internally?”

It was natural, she said, for everyone from CUA’s board down to its sysadmins to be engrossed over the past few years with delivering and stabilising the core.

“We need now to take the focus off running the technology division and divert and repurpose into ‘grow’ activities.”

First off the bat was to use the new core as a building block for faster delivery of new financial products for customers.

This was made easier by combining the core with an enterprise services bus. An ESB essentially provides the credit union the ability to expose information from the core banking system in any channel they choose to.

With the new core and ESB in place, CUA has driven the processing and approving of funds for a personal loan from several months down to “a new record” of two hours.

“It’s all about removing as many obstacles as possible for customers to sign up for our services,” she said.

Much of that work can now be re-used for home loans or other new products.

“You can build [a process] once, and reuse it any way you want. It’s a simpler way to expose the information you’ve got and reuse it across multiple channels.”

Coulter’s team is assessing how this new capability might underpin CUA’s digital strategy, which is expected to result in new products and services over the coming 12 and 18 months. It’s more than likely that new services made available through the credit union's digital channels will need to call on data from the core.

Coulter sees collaboration with her peers across CUA as key to delivering a successful digital strategy.

She is working “side by side” with Jason Murray, CUA’s general manager of product and marketing, whose marketing domain includes insights from data analytics and the credit union’s digital initiatives - both areas the technology team might otherwise feel a sense of ownership for.

Coulter says she does hear stories about tensions between marketing and technology divisions for control of these domains, “and we’ve had a little bit of it in the past.”

Her response has been to engage early, while these initiatives remain embryonic, and ‘co-sponsor’ the development of a business case, rather than waiting for IT to be called on to deliver on an approved one.

“Next week, we kick off a short exercise on the art of possible for big data,” she said. “We co-sponsor it with product and marketing, as I don’t believe it should be driven purely with a technology lens.

“The business themselves are defining what they want out of digital, so [Murray’s] ‘head of’ and my ‘head of’ are working side-by-side on that strategy”

How can CUA be different?

CUA’s digital strategy is being developed within two key constraints. First, it must differentiate the credit union in the years to come.

“We have to ask ourselves, what do we stand for? We exist to enrich our our members’ lives, and that has to be made obvious to them in the way we ask them to interact us.”

Coulter raises the prospect of using ‘big data’ - the combination of cheaper storage and data processing technologies with analytics to deliver faster and more trusted insights - primarily as a means of enabling product teams to sharpen their sense for what members want from products.

That differs from banks that consider big data as more of a sales tool to personalise offers to customers based on their unique financial position.

“Being a member organisation, we really need to be able to identify services and products that will be of better value for our customer base,” Coulter said. “So our lens on big data will be slightly different to the other banks, in alignment with our brand. Our brand is about ‘life rich banking’. It’s about families partnering with an institution that is looking out for them.”

The other key assumption is that innovation at the CUA must be tempered by the available budget.

“We have a little bit of catch up to do in that digital space, and you’ll see that over the coming 12-18 months. But we’ll never be a CBA - we’ll never have the funding to build those teams - our innovation team is less than a handful of people.

“We will be very selective about what we do. For us, it's about understanding what’s relevant for our members.”

With this in mind, CUA is more likely to partner with a small, potentially disruptive startup than build new products that aim to disrupt the business of loans and deposits.

“For a credit union, finding the right partners to help will be of greater importance,” Coulter said. “We have to remain relevant against the majors and Tier IIs, but we don’t always have the breadth of skills internally that we need.

“We will look at organisations that can help us be more agile and get things out quickly,” Coulter said. “We have assigned two or three people on our side to lead a program internally to ensure that these sort of engagements can begin within a matter of weeks.”

One example of such an approach is CUA's ‘redi2pay’ mobile payments app, which was rolled out on Android via a partnership with Cuscal, a technology provider to several credit unions around Australia.

It was touted as the first in Australia to use host card emulation (HCE), rather than stickers or tags, to turn an NFC-enabled smartphone into a ‘tap and go’ payments device.

“Redi2pay is an example of an app done very quickly that we know our customers really appreciated,” Coulter said. “It was great to see that the app drove customer acquisition as well - it helped to demystify the perception that credit unions aren’t innovative.”

Coulter said the CUA will be “doing a lot more of that - putting our toe in the water and testing organisations that can add agility for us.

“The aim is to get things stood up quickly, test and learn from it, without necessarily building full solutions,” she said. “If we build a full solution only to learn its something customers don’t want, we’ve wasted a precious member resource."