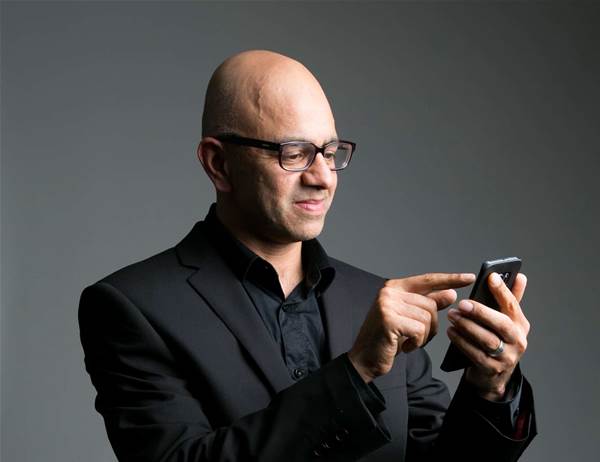 Just seven weeks after landing in the country, Solanki sat down with iTnews in his new Sydney digs to reflect on his new professional home.

The digital media guru has travelled to the opposite end of the globe - from the Amsterdam headquarters of former employer Phillips - and says he has already been struck by a lot more about Australia than wearing t-shirts in winter.

A hungry consumer of business media, he thinks Australia has all the building blocks in place to become a true digital leader, such as a high rate of smartphone penetration and a digital media market due to hit $5 billion in value by the end of this year.

He says he has never seen a country that markets via Instagram as prolifically, and calls the "awesome" CBA banking app an example of the best he has seen.

“The country is at a real tipping point,” he told iTnews.

“I get this sense, six or seven weeks in, that there is this crescendo leading towards some quite serious action.”

In the process of researching his new professional home, however, he hasn’t been able to avoid the shortcomings, pointing to research that shows Australian kids lagging behind in coding abilities and executive complacency about digital disruption inside the country’s board rooms.

“Whilst on the one hand there are some really powerful trends in Australian digital media consumption, I still think there is work to be done."

The Southern Cross Austereo group - home to radio stations Triple M and Today FM and responsible for distributing Channel Ten into the regions - is a microcosm of this not-quite-fully-realised digital potential, according to Solanki’s first impressions.

“Part of digital’s role is to help prepare the business for the changing media environment. SCA has already made inroads,” he said.

“It is beginning to happen but we need to keep moving at pace.”

The radio group’s digital pedigree includes what Solanki considers the first radio show to be tailored for video and simulcast on YouTube outside of the US, the world’s first top 20 song list determined by Shazam queries, and a cross-brand radio app currently undergoing beta testing - plus more than 80 web properties.

But the new digital chief sees the future in data, and foresees a day when radio follows the Netflix route and creates programming based on its listeners' preferences.

“There is absolutely a future for a company to try and use that same model from an audio perspective. It becomes a data-driven model of consumption and you start to create bespoke content based on that consumption,” he said.

But baby steps first. Today Solanki is occupied with figuring out how to extract the most value out of the data Southern Cross Austereo already has.

“We have good foundation … but the analytics world is one that is moving super fast, so I think we need to move up the gears and I think we can move faster," he said.

What he has in mind is profile-driven web content, where programmatic advertising is finely tuned to push messages to the most receptive ears.

“I absolutely see a future where you and I may both be listening to Hamish and Andy, but I’m served different ads to you because my profile and my needs are different to yours," he says.

“You know with a lot of traditional media there is a risk of wastage.

“Most of my career I have been the client and marketeers ask the same question - I know half of my marketing dollars are working, I just don’t know which half.

“So if you can target particular consumer profiles with real precision then you can command premium pricing."

In Australia especially, the smartphone revolution has effectively delivered a radio to the hand or pocket of every consumer, creating an enormous market for whoever can position themselves as broadcaster of choice.

But SCA will have its own hands full swatting away competitive pressure from music streaming giants like Spotify and Apple Music.

Solanki is nonplussed by this challenge, however.

“Apple already has an ecosystem. They have the credit cards of hundreds of millions of consumers and that gives them a lot of leverage," he says.

“What they don’t have is unique, compelling local content. So I think what organisations like ours need to do is play to our strengths, that is what we’re good at.”

We’re all in this together

Southern Cross Austereo, like most of its traditional media counterparts, is still fighting to make ends meet in what is one of the worst hit industries in terms of digital disruption.

Its last half year results revealed a profit decline of 24.4 percent year-on-year, foreshadowing the subsequent departure of CEO Rhys Holleran.

There is no doubt a lot of pressure on the company's new digital recruit to make digital pay, and luckily Solanki has been in this game for a long time - specifically since he started building a web strategy for the UK’s Capital Radio in 1999.

He was one of the first 20 people employed by Shazam and hopes this lineage will help him grow the data sharing partnership the two companies have already kicked off with the Shazam top 20.

So how does he think the media industry can haul itself out of its quandary? According to Solanki, it's all about working together.

SCA is putting this mantra into action with its new beta radio app. What Solanki anticipates will come out of the work is a single portal for radio fans to access any brand of audio content they want - including Southern Cross competitors.

“Right now it has our stations on it … and ABC stations too. We are in the process of talking to other companies,” he said.

“The consumer will be the ultimate arbitrator.” 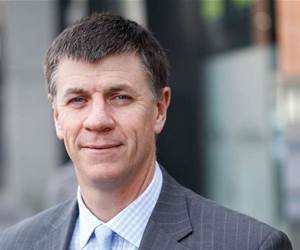