Tearing down walls at the ASX 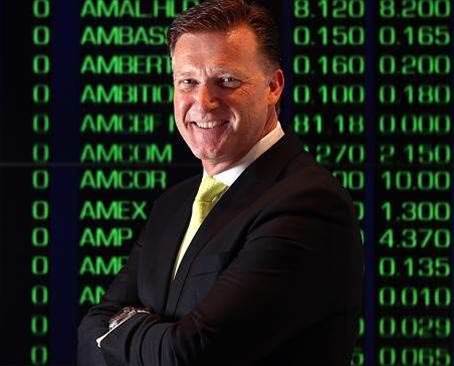 The Australian Securities Exchange was tied up with safeguarding traditional processes and technologies when CIO Tim Thurman came on board.

It was mid-2012. The ASX was essentially a monopolist born of multiple mergers over the course of about 150 years, with a siloed, methodical IT organisation.

But a great deal has changed in three years, as the ASX seeks to attract a new breed of digital-savvy employees, entrepreneurs and investors from a competitive global marketplace.

With the support of CEO Elmer Funke Kupper, Thurman has enforced a series of organisational changes to improve communication across the group.

The ASX has now embarked on its first officially agile project as part of a four-year, $50 million program that will consolidate and replace its decades-old platforms.

When deployed, the new platforms will completely transform how the ASX interacts with its customers – the superannuation funds, investment banks and traders that participate in its markets.

The exchange has also adopted a new digital strategy, under which it will completely overhaul its “old, competent” set of websites and continue using social media to share incident alerts, news, data and tips with the public.

“A lot of collaboration goes on in the group now, where before it never happened,” Thurman said. “I think everyone has the expectation that it will be a lot better, now that we’ve started the journey.

“The good thing is until that [$50 million transformation] strategy was approved last November, we were not sure what was ahead. But we came out of that meeting with a roadmap, and you can see the energy now; it’s amazing.

“We behave much differently today than we did three years ago … I think in 12 to 18 months time, this will be a completely different organisation and I’m hoping our clients will see that too.”

Thurman was barely four weeks into his role at the ASX when he kicked his general managers out of their offices and began tearing down walls.

He wanted his direct reports to work shoulder-to-shoulder with the ASX’s 200-odd technologists, and for the ASX to eventually adopt agile project management practices, like those at Spotify, the Commonwealth Bank, and REA Group.

In agile projects, teams make small, incremental changes so they can deliver business outcomes more quickly and effectively - people must work together very closely for that to happen.

“When I got here, my general managers all had nice offices. People sat in their offices with the doors closed. The communication just wasn’t there,” Thurman said.

“It was a big change for the group, even to the point of garbage pails. Everyone had their own trash can or bin at their desk. I got rid of them all. We created common recycling bins and so forth and funnily enough, that was a big challenge for people."

Thurman had to get people talking.

He wanted technologists to be bouncing ideas off each other, talking to ASX businesspeople, and sharing with their peers from overseas market operators.

After abolishing offices, he issued Macbooks, Thinkpads and Surface tablets to encourage staff to work more like he did: pulling up a chair where convenient and sharing ideas with people nearby.

ASX technologists went through another major change last October, when Thurman decided to merge various IT teams in preparation for the $50 million platform overhaul.

Former CIO Jeff Olsson had previously managed staff in units that served the ASX’s distinct lines of business: operating its cash, bond, derivatives and share markets; risk management; and post-trade services such as settlement and clearing.

In October, Thurman brought together staff from those silos to form whole-of-business application support and development teams.

“We don’t build software here; we’re very good integrators,” he explained. “The idea of bringing those guys together is fairly straightforward.

“My goal is to ensure they have cross-functional skills and allow our staff to have more opportunities to up-skill. That was very disruptive; I had people who wouldn’t talk to even me after I did that.”

Change didn’t come easily, especially for longer serving staff who were used to the leadership style of former CIO Olsson, who had spent 15 years in the role.

“A good portion of my management team has been replaced. I have two new GMs starting in a few months,” Thurman said.

“That’s the unfortunate part of change: some people just don’t come along for the journey. But the good thing is, among my staff – which is about half the [ASX Group] organisation – a lot have realised it’s a much better way of working.”

The ASX Group operates a $1.7 trillion domestic sharemarket, as well as cash, bonds and derivatives markets. It also provides the only post-trade clearing and settlement services in Australia.

Every day, the ASX matches some $3.8 billion in equities trades and $50 billion to $100 billion in futures trades using huge pieces of bespoke technology that communicate with market participants' IT systems at high speed.

Change is costly, and technical issues are a big deal.

So when Thurman suggested a technology overhaul almost three years ago, stakeholders were wary.

“It’s not easy, because you know, if it’s not broken, why fix it. Everything has been reasonably successful, and we’re not talking thousands of dollars, we’re talking tens of millions of dollars [in project costs]," he said.

But Thurman says the ASX would not have been able to be globally competitive without this transformation.

“Trying to push change [is difficult] when you have an environment like ours in Australia, which is so far from the rest of the world.

"But [the CEO's] philosophy is competing globally, and for us to compete globally, we needed to make these changes," he said.

“We have a plan in place now to basically replace all the core pieces of technology of the exchange … Everything we do, we’re going to take it down to a single point of a process – try and simplify everything, globalise it."

The disruption there, according to Thurman, is going to be "massive" - and not just for the ASX.

"Global investment banks and even local banks who participate in the global market won’t have to have this unique piece of software that’s just for Australia; they can start rationalising and making their own back offices more efficient based on what we’re driving," he said.

The ASX’s IT architects validated their transformation strategy with rival exchanges in Canada, Germany, Singapore, Brazil and London. Thurman named Germany’s Deutsche Borse as the best example of exchange technology.

Winning over the board of directors then took a bit of creativity. Thurman and his team had to split the transformation program into phases to meet the ASX Group’s strict budgeting processes.

“We don’t have the luxury of getting $100 million from day one to do all this work. We’ve had to put the strategy over the required cap-ex spend over several years,” he said.

“Some companies get money and they can just go spend everything and that’s when you get problems in terms of not being successful.”

“Our CHESS clearing system is unique to Australia,” he said. “It’s a great piece of technology, very reliable, but it’s very old. To enhance it and innovate on it is very complicated and risky.

“It comes back to the right partners, the right technology, the right integration plan, and making sure our clients are there for us when we want to test with them.

“We’re not quite sure yet how we’re going to launch it – big bang or migration – but we know when we do launch it that our clients would have already gone through a very detailed testing strategy with us to validate what they’ve done and what we’ve done is ok.”