Taking the fight to the disruptors 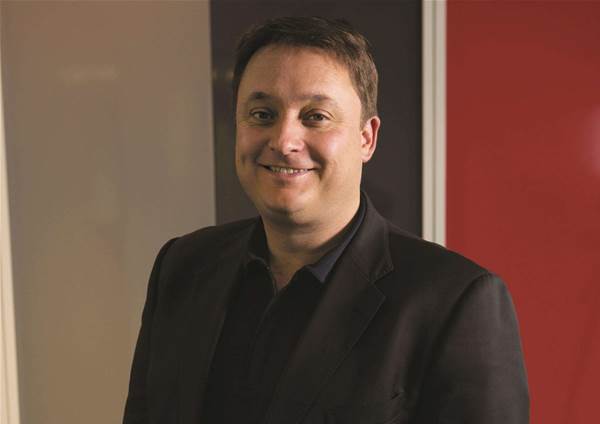 Seven West Media's new chief digital officer, Clive Dickens, says if a media company as historic as Disney can take on the new media landscape, then so can he.

Dickens is clear: “If you don't encourage disruption in your own category then the only strategy you have is hope that [the disruptors] don't succeed.”

It’s not an option he entertains.

Dickens joined Seven West Media as chief digital officer this February, and is also a non-executive director of the Yahoo7 joint venture.

It has already proved an interesting ride for him.

This week Seven West halted ASX trading to announce a capital raising intended to simplify the balance sheet and reduce debt at the Australian media giant.

It will also provide an investment war chest if cross media ownership rules are relaxed, allowing the company to speed the pace at which it transforms itself for the new media landscape, which has been delivered by ubiquitous broadband and mobile devices.

Institutions have already signalled their interest in the plan, ponying up $289 million during the institutional phase of the capital raising. The retail offer opens next Friday (May 8) and Seven West is hopeful of raising up to $612 million in total.

That will no doubt be very handy for a company that Dickens says will be on a transformation trajectory for the next 12-18 months.

The company shares ownership of Netflix rival Presto, alongside Foxtel, and has also launched its Hybrid TV service.

But it is experiencing competition at every turn, and that’s reflected in its financials. During the most recent half year the company’s revenues slid slightly to $943 million, down from $975 million in the comparable period a year earlier. Seven West however also reported a massive statutory net loss of $993 million, largely associated with redundancy costs and writing off the value of mastheads in the company.

That stern medicine combined with the current capital raising is what is pushing the company to embrace a new media landscape.

Dickens’ current role is all about disrupting from the inside. He has spent time on the start-up side as an advisor to Shazam in its earliest days, and is prepared to not only sidestep, but blow up, sacred cows standing in the way of progress.

“The same disruption that impacts the way Australians will consume broadcast TV enables us as a company to go out and reach consumers in a different way. Plus7, which is our leading video on demand product, is experiencing huge year on year growth."

The company is seeking to satisfy its audience’s every viewing demand, be it through free to air schedule content or catch-up viewing.

“That window of monetisation has broadened over the last couple of years, and our intention is to be part of that broadening," Dickens says.

But the challenge, he says, is to ensure that you own the different classes of rights for each of these different forms of access.

“If you are simply a domestic broadcaster that buys an increasing amount of your content from overseas and don't have the catch up rights for that content, then you are in the most challenging time.”

Creating and controlling content is a huge opportunity for the company, according to Dickens.

That’s also the case in the company’s print arm, which is facing ongoing technology-fuelled disruption.

"The WA newspaper group has had a very strong period in the last five years compared to other masthead state-based titles - but we are innovating around the way consumers receive the news so the WA building in Perth houses the Channel Seven news program.

“It’s one of the few digital newsrooms in the world where they are working on the home page of the newspaper, social journalism, front page of the paper and the primetime bulletin at 6pm all in one integrated service. That simply would not have been possible a couple of years ago.”

The next phase of innovation will go a step further and see the company’s magazine stable become ecommerce portals.

Titles such as Better Homes and Gardens, Marie Claire and Girlfriend are poised to become curated online shopping venues so people reading the magazines online can click on a photo of furniture, a dress or perfume, and buy it there and then.

Expect more of this over the next few months, Dickens says – and not just from print content.

“Imagine MKR (My Kitchen Rules). You are deeply watching the show, pull out your tablet, there’s the story of couple from Roma and their wonderful lemon tart," he says.

Dickens also wants to hear from – and possibly partner with – start-up disruptors.

“When people come to me and say I'm looking to create a new journalism model or a new video model or TV model - I want to encourage those conversations," he says.

“The great thing about embracing disruption is if you don't generate a return on investment in the traditional sense of it you always learn something. If you invest in adjacent verticals … you are supercharging your own R&D. Every business should spend time understanding and defining what disruption means inside and outside their business.”

As the company’s chief digital officer, it’s Dickens’ job to dream. But what about the back-end technology to deliver on the dream?

“My role is to help create the vision and the strategy to execute that vision, then establish a centre of excellence team to take the strategy down to the thousands of individuals around the company and to move aside the roadblocks in technology and thinking and prioritise those," he says.

“Certain things will have technology friction - because we are just not set up to act in a certain way - and other things will move quite fast.

After just three months at the company Dickens hasn’t had much opportunity to lift the hood on Seven West’s IT systems, but he says there has already been significant reinvestment in the information technology, and where new platforms are required to support a new initiative, Seven West will likely buy rather than build.

As far as Dickens’ technology priorities are concerned mobile is number one.

“Undoubtedly the access to scale that cloud computing brings. If you are still operating with limited cloud exposure and simply using it for cheap storage then you are really not understanding the way that is changing.”

“How fast mobile is talking to content and how fast you can access the cloud computer. Those are the biggest changes - and they are interlinked.”

While the transformation ahead is immense for a large enterprise like Seven, Dickens holds up Disney as his poster child for transformation.

Five years ago Disney's share price was languishing below US$40 – but a concerted effort to engage with consumers online and harness technology to deliver new classes of experience is generating significant benefits.

“It's a huge company, it's always been respected but now its share price is at an all-time high and on its current trajectory in three months it could be worth more than Facebook, because it has combined great content with great audiences with technology and innovation," Dickens says.