Superannuation via the smartphone 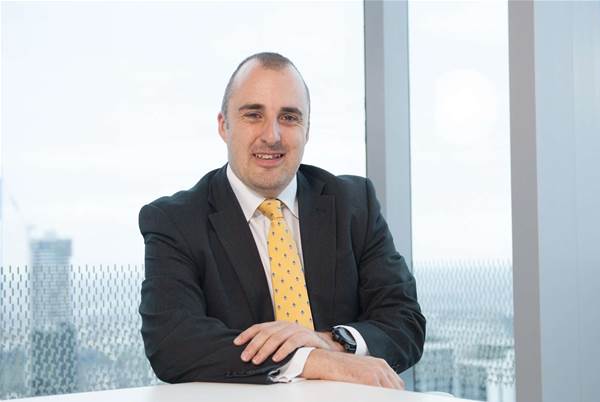 AustralianSuper's digital boss Shawn Blackmore wants his members to check their nest egg as often as they check their bank balance.

It's a lot tougher for an Australian superannuation fund to stay on top of the market today than it was ten years ago.

The shift started back in 2005, when the Commonwealth brought in legislation giving all employees the right to choose which super fund their workplace would pay contributions into.

More recently, in 2011, the Superstream campaign introduced new standards for exchanging information and mandatory back-end changes designed to make it easier for consumers to switch super funds and roll over multiple accounts into one.

These changes, paired with an electronic revolution in the financial services industry that has made it easy for people to engage with their personal finances, have injected a mighty dose of competition into the sector.

Shawn Blackmore, who is responsible for customer service and advice at one of the country’s biggest funds, AustralianSuper, describes the transformation as a shift to a “retail market”.

“Ten years ago people would generally be defaulted into a super fund by their employer,” he told iTnews.

“What we are seeing now is people actively making a choice about what super fund they are going to go into.

“I think if you give consumers choice and you give them the framework to make that choice, the combination of those factors is what moves us into that retail environment.”

Blackmore estimates that in the past 12 months, nearly every fund board in Australian has held some sort of brainstorming day dedicated to preventing an “Uber experience” happening to them.

It is this relatively new race for hearts and minds that Blackmore believes is the real and present threat to the maintenance of his organisation’s market share.

“Our perspective on digital disruption is that if we are not meeting our customer's’ expectations then someone else will,” he said.

AustralianSuper has an enviable market share to protect, with 2.1 million members and more than $90 billion worth of funds under management.

But it is battling against a perception that engaging with a retirement nest egg is a task only for near-retirees.

Blackmore points out this outlook misses arguably the most influential point in a person’s superannuation journey: their first job and the often eeny, meeny, miny, mo-style selection of a fund.

He faces the conundrum of getting the attention of a group of youngsters who cannot imagine what it is like to get old.

“We have got a youth segment that lives and breathes digital, and for a category such as super there can be a natural disconnect from day one,” he said.

In response, AustralianSuper plans to release its first mobile offering in four weeks time in order to put its brand and its version of digital customer engagement in front of kids entering the jobs market for the first time.

“We are seeing the mobile app as a way to engage these segments and talk to them about things that might not necessarily appear to them to be related to super, but that will ultimately help them with their retirement outcomes. This includes things like jobs and budgeting," he says.

The app will aim to break the purely transactional way people engage with their super - a task many of us may not revisit more than once a year.

Blackmore is taking his cues from the banking sector as he develops the functionality of the app in partnership with UX and data analytics agency Vivant.

“I go onto my banking app every day. But why would I log onto my super app to check a balance I potentially can’t touch until I am 65? This is the pattern of engagement we need to break," he says.

The rationale behind the push is that customers who engage more with their super, and grow more familiar with AustralianSuper as a fund, are more likely to stay members as they move between jobs.

It will also deliver a stream of information back to the fund that the company can use to tailor its services to members and find out what people want to know about building out their retirement savings.

To get there, the digital team is looking to deploy gamification strategies, mixed with the lessons of behavioural finance, to get users expand their outlook on savings well beyond their next paycheck.

“I’m 38 now. My account balance now is going to mean nothing to me when I’m 65 … At the moment if you talk about lump sums and account balances people are going to switch off.”

AustralianSuper's app developers are starting to think about tools that will calculate how an extra super contribution today could tangibly change a member’s life when retirement comes around, which Blackmore suggests could be visualised by “the difference between driving a Holden Commodore and a Ferrari”.

He says the app will offer guidance about where people should invest their nest egg based on their particular circumstances.

“Someone under 30 might have all their money invested in a low risk asset class. Over time we see from the numbers that a higher exposure to equities or a higher return asset class might be more appropriate.”

Competitors of the future?

The trillion-dollar scale of the Australian super industry, with all of its members’ new-found portability, is proving to be an irresistible lure to challengers entering what was once a sleepy and conservative sector.

Blackmore has one eye on the supermarkets, who he says could leverage their existing loyalty schemes, brand awareness and customer data to make an incursion on the industry, expanding on the footprint they have already set with credit cards and insurance products.

“We think it is inevitable that if [Coles and Woolworths] think they can make enough margin they will definitely look at offering super,” he forecast.

Other new competitors include what he calls “aggregators” - primarily banks who have evolved to offer customers visibility of their mortgage, banking, wealth management and superannuation on a single screen.

The are also “intermediaries” who are taking an electronic approach to selected segments of the financial services value chain, like automated “robo-advice” money management.

Blackmore argues it is critical that the foundation pieces are in place within an organisation to give it the culture and agility to be able to deal with new threats as they arise.

Six months ago, he says, AustralianSuper consolidated all its staff in digital functions across the company into a single unit working under him, which counts about 40 workers between internal, outsourced and “co-sourced” personnel.

“I think it comes back to that first point that if we are not meeting our members’ expectations of a service and another provider comes in, regardless of who that provider is, it is something we’re going to have to factor in to our service offering and respond to,” Blackmore says.

“We like to say we’re customer centric - but everyone says that don’t they? To us it is about being true to that label.”