Standing on a burning platform 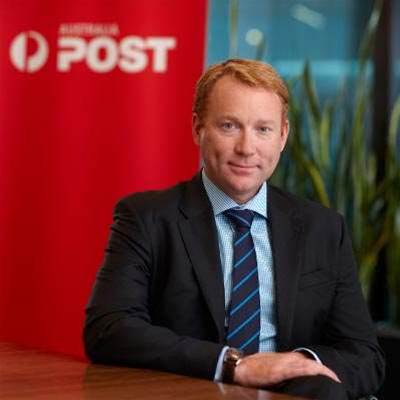 Andrew Walduck is so driven he has developed an almost perverse attraction to taking on tasks most of us would think impossible.

“I love solving difficult problems,” says the Australia Post CIO, recalling one of his first jobs in the tech sector, which required him to promote the adoption of RFID a good decade before it hit the mainstream.

Today Walduck is leading the build of a digital capability in possibly the most critically disrupted industry there is - postage services.

Globally, door-to-door mail delivery has been in a long state of decline. Canada Post expects to phase it out within the next four years, and a US Government Accountability Office report suggests the US Postal Service may head the same way.

The management at Australia Post has acknowledged these challenges for some years.

In 2009, the organisation plucked chief executive Ahmed Fahour out of Australia’s financial sector to execute the ‘Future Ready’ program of work - a program which has thus far reshaped its value proposition both around parcel delivery (acquiring the remaining 50 percent share of StarTrack in 2012) and the development of digital services.

Fahour hired Walduck, a former Tabcorp CIO and Accenture executive, to lead the digital transformation, and found a leader ready to tackle transformation head on.

Walduck said he was immediately attracted to Fahour’s corporate strategy.

“I loved the notion that what Australia Post does at its core is connect communities and enable commerce. That sole purpose has been there since its foundation 200 years ago and remains today.

“What has to change is how it does it.”

Everything Australia Post has achieved in the physical world, he said, “needs in the future to be achieved digitally.”

“For a technology guy, Australia Post was the perfect opportunity to join an organisation embracing a big change: a very different model of engaging with customers.”

Walduck initiated several streams of related work, with an overarching aim of devising a ‘customer-centric’ IT operating model.

It included the ‘Technology People’ program - which aimed to achieve a more agile technology workforce; the ‘Security at Post’ program - which integrated the function into software development; and ‘Future Ready IT’ - a back-end infrastructure refresh and the launch of a digital delivery centre.

‘Technology People’ was perhaps the most critical and controversial.

The crux of ‘Technology People’ has been a re-setting of expectations. Australia Post’s technology team is now deployed according to a customer or project need rather than their areas of domain expertise.

Where once teams were based on their expert knowledge of SAP, middleware or IT infrastructure, they are now deployed around a task.

Virtual teams can be formed and collapsed to solve a specific problem Post requires, and dissolved so the experts return back to their centres of excellence when the project is complete.

“Today we create composite skills to solve a problem,” Walduck said. “We have the ability to mobilise talent and skill better.”

Walduck credits his time at Accenture in particular for developing the key skills required to build a “team-based” culture.

“At Accenture, most of the work is project based,” he said. “You need to quickly identify the goals and pull together the subject matter experts and the people who will come together to achieve that in a tight deadline.

“I also learned that when you recruit people, it’s not just about experience and expertise, it's more important how they work with peers to achieve what is required.”

In two years at Australia Post, Walduck has doubled the company’s technology investment program without building out an unsustainable headcount.

“That’s a doubling of the projects we are required to do and it’s also projects of far greater complexity. We’ve proven that you can absorb greater volumes and complexity and you don’t need dramatic increases in workforce to do it.”

Peter Drucker is famed to have once said that ‘culture eats strategy for breakfast’. Walduck has coined his own turn of phrase to stress its importance.

“I love the notion of empowering the talent to solve problems,” he said.

“I have spent a lot of my time establishing purpose for our staff. Fundamentally it’s a set of behaviours to guide what people do every day - reinforcing how we value teaming and collaboration, how we value frugality and being lean and how we value the delivery of results for customers.”

The IT team has had to redefine who its customer is as the person or organisation that buys products and services from Australia Post, rather than other Post employees.

“On the very first day I presented to my team, I defined for them what customer meant,” Walduck said.

“I’ve spent a lot of time reinforcing that definition. Over time, both in our [technology] employee survey and the business experience survey of how the broader organisation views our services, the definition of who the customer is had shifted closer to the one I described.

“As a leader you need to be clear, simple and transparent. I expect a lot of my team and I work hard to match those expectations myself. You have to live what you say.

“You need to be able to answer the question, 'why would somebody want to be led by you?'”

The ‘other’ critical infrastructure

Australia Post's ‘Future Ready IT’ program of work aims to build a new IT foundation so new products and services can be deployed faster.

While it was among the first of the projects Walduck initiated, it’s likely to be the last to reach the finish line.

“The analogy I used was that every time we wanted to build the second and third story on a building, we had to go back and address the foundation, which wasn’t ready to built on,” Walduck said.

Australia Post has migrated one data centre into a more modern facility and is working on a second. Several legacy computer rooms have been decommissioned. By the close of the year, Post will be operating from two modern facilities and will be set up to consume a vetted suite of cloud services.

The other two initiatives - the embedding of security into the development process, and the build of a digital delivery centre, are more or less considered complete.

The digital delivery centre was established as an innovation centre at arms length of the core Post business, set up to operate at a different speed to traditional IT processes.

The centre is largely a software development and integration house. Its developers, practiced in the agile methodology, set about creating online and mobile products such as Post’s Digital Mailbox.

Crucially, the centre aims to be an integrator and aggregator of digital services rather than building everything from scratch. Under Walduck, Australia Post is more likely to resell or reuse technology developed by third parties and equally to offer its own technology to be resold or reused elsewhere.

As a consumer of digital services, Australia Post now resells a range of white-labelled travel insurance, foreign exchange and international SIM card services, all value-added services to the identity verification services Post has long provided from its own stores.

The theory is, if an individual comes to an Australia Post outlet or website to apply for a passport, they are more than likely to be in the market for travel services.

Organisations as large as eBay have embedded these widgets into their shopping trolley carts. A customer can confirm shipping and delivery costs, while merchants can easily print shipping labels and both can track shipping events, all using services made available by Australia Post.

“We don’t believe we can dominate where consumers do business online,” Walduck said.

“Our digital strategy is about making our capabilities available to be integrated into the digital offerings of other organisations. That involves us modularising the capabilities we’ve got for consumption by others.

“We want our products and services to be part of wherever our customers choose to do transactions.”

Walduck believes the role of IT has to change to offer services to customers where they wish to transact, rather than attempt to build and host everything themselves.

“The next realm of IT is how services can be delivered by multiple organisations in a beautifully integrated way,” he said. “It’s about developing an ability to compose services of multiple parts and it’s about our ability to link services together.

“Digital disruption has completely changed what customers expect of us. They will use services where it's fundamentally easier to do what they need to do.”

The digital delivery centre has matured as a capability to the point where it “no longer needs to be in a transformation program,” Walduck said.

Invariably, it's likely to be absorbed into the mainstream of Australia Post’s operations and influence the broader culture of the organisation.

“There is a lot of management theory out there about how to create the ability to innovate from within,” Walduck said. “I look at it this way: the responsibility for digitisation lies with every leader in Australia Post, not just the CIO. The focus on digitisation and disruption is every leader’s responsibility.

“I often get asked how leaders should drive a change agenda. Any future enterprise leader - of which CIOs should be one - must help other leaders understand why action is needed.

Australia Post isn’t short of one. In June, Fahour announced the latest tranche of job cuts since he was brought onboard, and warned that Post won’t be able to meet its current mail delivery workload within a few short years unless it streamlines services or is freed of regulatory burden.

Which brings us back to Walduck’s perverse pleasure in attempting the near-impossible. Its rewarding, if only because it can’t be boring.

“I’ve just been lucky enough to work on problems that have that clear burning platform,” he said.

“I’m lucky to have the job I do. Our business underpins the massive scale and volume of a lot of commerce in Australia. We are the physical embodiment of enabling the digital economy.”