Soft drinks and SoftLayer: A solution for hard times? 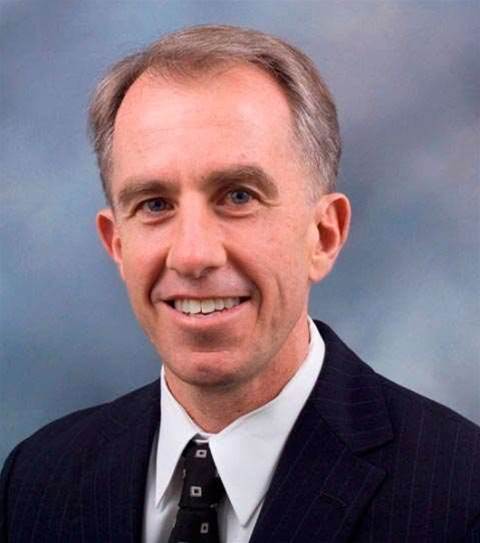 Coca-Cola Amatil's CIO Barry Simpson shares his story of cost-cutting, outsourcing and why his software developers to ride around in delivery trucks.

Shift to the cloud, help shave $100 million from costs, strip away 70 IT jobs – then do more with less?

While Coca-Cola Amatil’s information systems group looks radically different today than it did a year ago, according to Simpson, it’s better placed to support the company’s long-term ambitions.

“As a technologist you learn that when you don't have fixed infrastructure, technology jumps generations. That’s affecting our thinking about why we need to move quickly to cloud.”

A start-up competing with CCA wouldn’t build its own information infrastructure, Simpson says, but instead leverage what’s already available over the internet.

“That’s a very different view of how you conduct business, so it’s important for us to get on and manage as if we were a new business,” he said.

“We are a large business that is geographically dispersed, we have a large mobile workforce, a seasonal business, and a large customer base," he said.

"Put those things together and the idea of having to provision your own infrastructure internally for your highest peak volume, then secure it and connect to the outside world, doesn't make a lot of sense in a world that wants more consumer style technology.

"So the SoftLayer agreement is all around making it simpler for us to provision out of the cloud. We are pretty close to everything being in the cloud."

It has, however, hit rough seas in recent times. Net profit sank 25.3 percent last year to $375 million, on revenues which also slid 1.9 percent to $4.9 billion.

Analysts have suggested the company’s woes stem from what had been a sluggish response to changing consumer preferences and underutilisation of assets.

A strategic review of the company ordered by incoming CEO Alison Watkins led to the announcement late last year of plans for “a next generation digital technology platform” alongside initiatives to strip $100 million in costs out of the business over three years and reduce headcount by 260 - with around 70 jobs slated to go from IT.

Simpson won’t say how many IT staff report to him today – but acknowledges that following the move into the cloud there is very little IT left in-house. Since arriving at CCA in 2008 Simpson has completely overhauled the company’s IT – starting with a $65 million program which replaced 120 legacy systems with the single SAP based OAisys core.

While the system was developed specifically for CCA, it makes of use of a series of SAP templates which have been developed by parent TCCC. It was this system that was first offloaded to IBM’s cloud in 2014.

“If you look at areas of disruption it's going to be around the relationship with customers… [if] someone or something better understands them than you do today, then your service levels can be disrupted," Simpson says.

CCA claims to have the largest field service sales force in Australia and last year, to ensure service levels remained high, the company equipped all 1000-plus of them with an iPad loaded with CCA’s SAM (sales and marketing) app.

“We took the decision early on to be mobile first and be cloud-based to allow access from anywhere and real time. That's been the design philosophy even around our core platforms at the back end as well as the consumption layer at the front end," he said.

“So if you look at the capacity of our salespeople they can see where they are tracking real time against their peers. They can interact with any part of the business in real time whether it's service, product, pricing, credit, delivery - all connected on the one platform real time consumed on the once device via easy to use consumer grade apps."

Rather than develop the apps interally, CCA partners with a small group of software development firms which can inject new ideas.

To ensure those ideas are useful, Simpson has members of his team and the outside software developers work closely with business users, even ride shotgun with Coke truck drivers to see what sorts of apps could be useful.

“It starts with simple things such as integrating Google maps into what we do so drivers know which side of the road is better for them to stop on to unload," he said.

“Those kind of things you tend to get out of disruptive technology. We are leveraging the smaller design companies that can move much faster than us and we use an agile design methodology there.”

It’s an approach that has also reduced the risk of technology investment.

“We want to adapt and change very very quickly. We currently run six week sprints. Our business understands that it's OK if not everything is there in the first place because six weeks later we will have learned and they will get the next [iteration].”

So what are Simpson’s feelings about failure?

This approach to rapid front end iteration is only possible because CCA has invested heavily in getting its back end systems up to scratch and in the cloud with a standard API layer between the back end and front end consumption layer.

“Technology is a key enabler and we have recognised that. Whether driving efficiencies through automation and self-service, or transforming our route to market, or around supply chain and leveraging our production assets - technology plays across every part of the business," he says.

“CCA over the last five years has made significant investments in our technology base. As we were going through the strategic review and transformation one of the key strengths was the investment we made in that technology. It would be very hard if you had to start now."

Having a modern back end also allows much greater flexibility in what can be served up to CCA’s customers – the supermarkets, corner shops and convenience stores that sell Coke to consumers.

Simpson said the myCCA portal is being relaunched, with a lot more content from the SAM system, and starting this month will be made available as an iOS app.

The tool will let Coke vendors analyse their historical performance, identify their best sellers, where they are making more margin, how they compare against peers – right down to how to organise their fridges to encourage sales.

“We have 3D models of the picture of success for that … you can walk through in the computer programme and look at how it should be laid out to maximise sales,” Simpson says.

CCA has had the opportunity to test the calibre of its data insights during this month’s launch of its new Coke Life drink range.

“We get real time visibility of our sales, our customers, and reorder plans, and track that at a more granular level than before. It allows us to adapt very quickly in terms of adjusting promotions or productions, act at leaner working capital levels and be more flexible," Simpson sais.

"Ultimately to tailor services and promotions and interactions at a customer level. For a company like ours that makes a huge difference.”

Consumer commentary is also mined for insight, so when CCA attracted a flurry of negative comments about the texture and flavor of some of its Barista Bros milk drinks recently it responded quickly and took products off the market to rework them.

“This is where the world is going and how people want to communicate with one another and increasingly with companies like us - you've got to embrace it, there's no choice.”

Simpson is also keeping a close eye on emerging technologies such as beacons and wearables.

While CCA has run beacon pilots, Simpson acknowledges that there remains a fine line between benefiting the consumer and “being a bit creepy".

He’s also watching wearables and can envision the day when ruggedised laptops are replaced by consumer devices strapped to a truck driver’s arm.

“It’s amazing how fast that is moving, and the price point of things means that you can trial it - but to do it you have to have the architecture in place.”

Having a modern foundation means Simpson "can move at a pace with capability that is very hard to match – you can make changes on ranging and understand the impact on your business, make a change in your contract and your ordering system is ready to apply that pricing immediately.”

Simpson sees part of his role as demonstrating to CCA executives the “art of the possible” – a job which he says is easier than it was a decade ago when there was less executive appreciation of technology.

In the future he believes technology will make it possible for CCA to forge closer connections between itself, its customers and its end consumers, harness mobile technologies, data insight engines such as IBM’s Watson and gamification to tighten the web between supplier, vendor and consumer by being able to “reach specific customers with specific offers tailored exclusively for them.”

That’s the thirst he wants ultimately to quench.