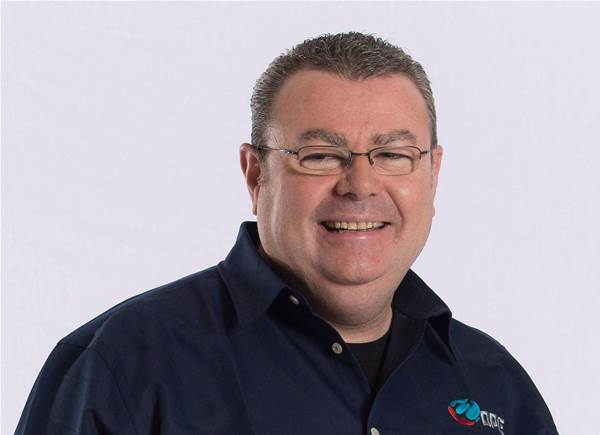 How a slew of apps drives pizza business.

When pizza giant Domino's launched its quick ordering system in January this year, it reduced the distance between the consumer and their pizza into just four clicks - giving a whole new meaning to "fast food".

"At Domino’s we are out to disrupt our industry. We don’t want to rest on our laurels, to accept the status quo and always do things the way they’ve been done," he says.

"We are the disruptors, it’s a compelling reason to be there. It’s also an opportunity."

Right now, about 60 percent of Domino's orders are made online. The company expects that figure to rise to 80 percent in two to three years, based on its ongoing efforts to constantly improve the experience.

McMahon has jumped aboard the rapid growth in use of mobile devices and turned it into an "enabler for our business".

“We embrace it. We are excited by it. We use it to create value for our shareholders and solutions for our customers," he says.

"It drives us to push the envelope and create more for our customers. It’s more compelling than confronting."

Domino’s has released a slew of apps for smartphones and tablets and is rolling out a pizza tracker for Android smartwatches and Chromecast. It has also trialled the (now defunct) Google Glass in New Zealand, to send orders direct to workers so they could immediately start preparing pizzas.

It's all part of Domino's aim to become a global digital retail business with 80 percent of orders originating from digital solutions.

In recent years, the retailer's Vitalis project has worked to bring the entire global business onto one standard point-of-sale and HTML5 online ordering system.

The proprietary ‘Pulse’ PoS system was developed by techs in the US, while the company’s new standard online ordering system and all its various interfaces were born in Australia.

The company has successfully deployed both platforms across the US, Australia and New Zealand in recent years, and just recently ticked off a migration in the Netherlands.

It’s now working on France, which is expected to be complete by the end of the year, before tackling Japan and being able to boast a truly global platform for its 1450- odd stores.

McMahon expects the approach will provide the company a significant competitive advantage.

“It will allow us to roll out our initiatives globally. It also makes it extremely cost effective, because we’re not developing for a single market - we can innovate across all our markets," he says.

One example of such an initiative is the company's recently launched Pizza Mogul platform.

Pizza Mogul was the brainchild of Domino's CEO Don Meij, and was developed in association with ThoughtWorks.

Launched last July, the system is an example of what the company describes as "social retailing".

It allows consumers to design a pizza, create an identity and branding for it, share that to their social networks and earn up to $4.50 from every pizza sold. The platform has attracted 55,000 users thus far.

"We are fortunate to have an absolutely visionary in our CEO who values innovation and technology, and more than that he will happily invest in it. We also have a team of incredibly talented people behind that," McMahon says.

But he stresses that disruption should not rely on a single individual.

"If you’re in a business that has innovation at its core strategy and the willingness to disrupt your industry and take calculated risks… that’s a powerful thing, but everyone has to be moving in the same direction and towards the same goal."

"Our CEO and CDO dream it… the IT function delivers and supports it," he says.

Domino's core business is food: as far as McMahon sees it, the role of digital in the business is to make the transaction as easy and convenient as possible.

"Those who succeed are good at delivering innovation and solutions to the market with a wow factor that's truly useful to consumers," he says.

"Whatever solution it is, you need to be equally as good at supporting those solutions. If it’s not there when consumers want to use it, you’ve failed."

Succeeding in being "digitally relevant" comes down the most basic of business propositions - understanding what the customer needs.

"It’s also about being conscious of their time and ensuring solutions are robust, fast and streamlined in their user experience."