Predicting a road accident before it happens 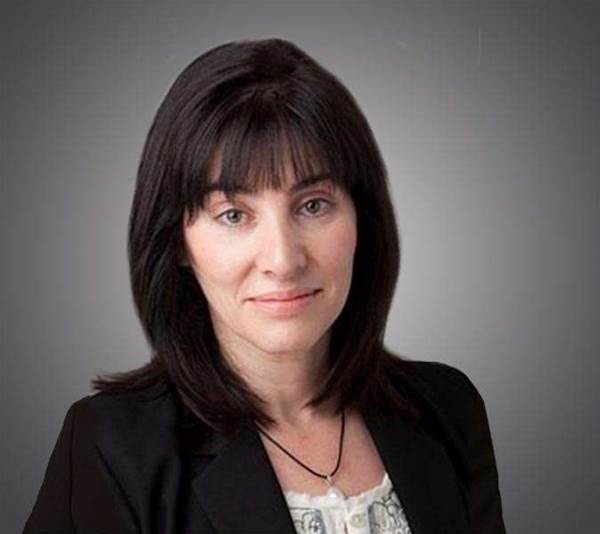 Lisa Tobin is preparing Transurban for a future of driverless cars, road signs that talk and congestion that can no longer be solved by laying down new bitumen.

The tollway operator's customers judge its perfomance on how long it can get traffic moving again following a road accident.

So Transurban has uncovered a nifty way to to get a head start on this KPI, by trying to fix the congestion before the incident has even happened.

Its Melbourne headquarters remain a clairvoyant free zone, but IT general manager Lisa Tobin and her team are taking on similar functions in partnership with resident data scientists.

A recent proof of concept showed that by combining traffic data, control systems data, weather data and some other publicly available information sets and feeding everything into Transurban’s predictive analytics engine, the organisation could predict incidents 30 minutes before they happen with 90 percent accuracy.

The conditions that consistently lead to road prangs are surprising.

“You would probably think the precursor to an accident would be peak hour traffic, or rain and diminished light,” Tobin told iTnews.

“What we actually found is that the high risk time is on a Sunday, when speeds are higher and traffic is less dense. We are hypothesising that people are may not be as alert as they are in their working day.

“They might be tired or perhaps worse for wear from their weekend. They are just not as attuned to what is going on around them.”

The company's new predictive analytics capability has big implications for Transurban, which is already tinkering around the smart infrastructure space.

“It gives us a great opportunity to look at how we use real-time messaging signs to keep people alert and aware of increased danger," Tobin said.

“At the moment we do this with signs on the road. But increasingly, as more cars roll off the production line with onboard computers, there is the potential for us to interact with those visual displays in the car, and then a little bit further into the future we can start to interact with what their car is actually doing."

Transurban is used to taking a long-term perspective on its business.

For Tobin, this outlook goes beyond boardroom platitudes. Transurban is already actively preparing for driverless cars and interactive road signs and the impact they will have on its commercial model.

In March the company announced it had set up a partnership with Optus, TomTom, and analytics specialists Quantum IT to nut out the ways that Australian transportation is likely to be disrupted by this technology - and how Transurban needs to prepare.

Tobin describes the group as “a sort of think tank”.

“We are thinking about how we see business models changing and what trials we would like to do to prepare for that,” she said.

Quantum is crunching the numbers around the best models of user-pays road pricing going forward, be it per-kilometre fees, per trip or fees or annual fees charged according to anticipated usage.

TomTom, the GPS provider, brings its mapping expertise to the table. And Optus is offering insights into 5G network prospects, as well as providing Transurban with a window into Singapore’s pioneering smart transport initiatives via its parent company SingTel.

The company has also teamed up with Virginia Tech in the US in an effort to get grants funding for a connected vehicles pilot.

“When I first arrived at Transurban they said change is coming, but it is 10 or 15 years away," Tobin said.

“It became apparent that they had been saying that for a while and they planned to keep on saying it for a while.

“We have since taken the view that we need to be ready for different business models in three to five years."

The exec is pragmatic about the challenges involved on the non-technological side before this Jetsons-style vision can be realised.

“There are driverless cars already. People have shown that they can combine big data processing with data analytics to allow a car to effectively ‘see’ the road and learn things like a human,” she said.

“But the critical path is going to be policy development and consumer acceptance.

“No-one is going to allow wholly driverless cars or cars taking instructions from roadside signs before we have sorted out who has got warranties and who holds the liability, and what the insurance companies think.

“Socially, there is also the question of what we as community members think about ceding control. It is quite a primal, tribal thing to be in control of your own transport. So it will require quite a change in thinking.”

In Australia progress has been slow. In February the South Australian government announced plans to rewrite its road rules to make provisions for driverless vehicles in an effort to address safety and road congestion. So far, no other states have followed its lead.

The US is miles ahead in terms of registration and testing. Around 800,000 American cars were registered for machine to machine accounts connecting them to the internet last year.

Tobin says she is watching the University of Michigan very closely as it sets up a “miniature city” with all the road infrastructure and signage you would expect in an urban landscape to test out vehicle-to-vehicle communications.

“It is not just about cars keeping away from other cars,” she said.

“It is also about cars interacting with some of the roadside technology services to understand speed limits, lane usage.

"That whole dialogue between the cars and other cars and the cars and infrastructure, means that our focus on operational excellence will become based around these communications and these devices.”

For Transurban, the roadmap for optimising traffic flows and revenue has already begun to shift away from duplicating laneways towards technological solutions.

“Once upon a time the simplest answer to easing congestion or meeting the need for road capability was to put down more lanes and take up more space,” Tobin said.

“But in a number of urban environments that is just not a feasible option anymore, so it now comes down to how we use the existing floorplate more effectively.”

On Transurban’s two US toll roads, the company has rolled out real-time dynamic toll pricing to control flows. In both locations, toll roads sit side-by-side with free public roads, and offer a speed guarantee to appeal to paying customers.

The operator pushes up the fee as demand rises to keep its traffic volumes steady, and ensure that it can meet its speed benchmark. However, Tobin doesn’t think the approach suits an Australian landscape because drivers aren’t presented with the same dual options.

“In the US there is a more explicit choice. If you needed to travel on the M2 in Sydney, the alternative is really quite messy,” she said.

Instead, her team at Transurban is looking at how it can start to make all the traffic flow data it already has at its fingertips available to consumers, to allow them to make better choices about the best way home.

Tobin acknowledges that the market for transport apps is already pretty full, but has set her sights on something more personalised.

“Technology means it is now possible for us to devise the best route for you specifically because we know what roads you use, rather than just applying an aggregated, averaged travel experience," she said.

"We are looking at how we start to provide information services that are more individually targeted, whether that is on our roads, on other roads or on public transport.”

Rather than charging a small fee for this kind of tool, she said, the driver of the concept is fostering better traffic flows across the network by diverting travellers away from congestion routes.

“That is a win-win for everyone. The travelling public moves faster and it moves closer to the optimum traffic flow on our roads,” she said.