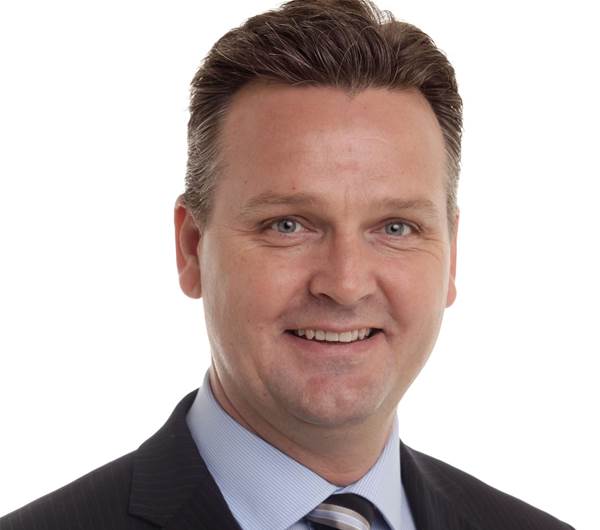 After years of breakneck growth, a downturn in oil prices is giving WorleyParsons CIO Brian Adams the opportunity to iron out the crinkles in his back office.

Adams is a glass half full kind of guy.

His employer has had a tough couple of years. A downturn in energy prices has hit the engineering firm’s customer base hard, and as a result clients are putting the kinds of new builds they would normally outsource to WorleyParsons on hold in favour of sweating their assets.

Late last year, researchers projected that up to $150 billion worth of global oil and gas projects would be paused or cancelled in 2015. In April, Atlas Iron announced it would suspend operations altogether as the iron ore price dropped below its break-even threshold.

And just yesterday, Uranium miner ERA, part owned by Rio Tinto, pulled the plug on the planned expansion of its Ranger mine in the Northern Territory.

The impact led to WorleyParsons announcing last month it would follow last year's 4000 job cuts with another 2000 redundancies in an effort to recapture some of its disappearing profits and save up to $100 million.

It projected that its earnings for the second half of the current financial year will be half of what it brought in during the first six moths.

Global headcount has been on a downward trajectory since the middle of 2013. In 2014, Worley’s global revenue fell for the first time since 2001, with the exception of the GFC.

“We started battening down the hatches about 18 months ago,” Adams told iTnews. “What that means from an IT perspective is we have got to keep our costs down.”

But rather than moaning about a smaller budget, Adams is philosophical about the downturn.

“As we go through tough times in organisations, it gives us the catalyst to go and fix things that we probably haven’t been able to fix in a boiling market.”

When things only went up

For the first decade of the 2000s, WorleyParsons became accustomed to a breakneck pace of growth. After going public in 2001, it went from annual aggregated revenue of $314 million that year, skyrocketing over the next decade to $6.2 billion in 2009.

A lot of this growth was fuelled by a bonanza of acquisitions. The dual moniker came to be when, in 2004, Worley bought UK-based Parsons E&C.

This kicked off a period that saw it take over environmental services firms Aston and Komex between 2004 and 2005, and later power company DRPL, infrastructure specialists TMG and Watkins & Goodwin, plus HG Engineering, Gas Cleaning Technologies and Jones & Jones.

All the whike its key customers - ExxonMobil, BHP, Chevron, BP and Rio Tinto - were buoyed by strong energy demand.

But every CIO that has gone through this sort of acquisitive expansion will be able to tell you what a nightmare it can create from a back office perspective, as every new business brings onboard its own applications, infrastructure and ways of doing things.

Adams argues that a cool-down creates the perfect environment for the sort of corporate soul searching needed to turn an amalgam like this back into an efficient and streamlined beast.

“As far as I am concerned this gives us a fantastic opportunity to take a deep breath, make our processes more efficient, so when the market picks up again we can continue to provide more value to our clients by providing innovative solutions, rather than being consumed by how it is we are going to add another server or add another network or deploy a suite of applications across our business,” he says.

Adams made a head start on a campaign he describes as “standardise, optimise and consolidate” when he took up the global CIO reins at the beginning of 2011.

He moved the 35,000-strong organisation, running 157 offices in 46 countries, onto the same Windows operating system, made all businesses adopt Sharepoint and Lync and transition security policies to the same ISO27002 protocol, and globally consolidated services into the hands of common vendors and suppliers, among other things.

“IT in our organisation was run very regionally. So when I took over I said the only way to ensure we have efficiency is to make sure everything in standardised - that is security, networks, storage. Everything across your ITIL process needs to become standardised. And then once you standardise you can optimise,” he said.

“Then that has allowed us to get into a position where we can alternatively source commoditised IT services that we traditionally delivered in-house.

“We are mid-flight through a program of doing that right now so to declare success is probably a bit premature. [But] that has allowed us to come a long way.”

“The basic premise I work with is to ask ‘are we bringing additional value to our shareholders and to our bottom line by doing this ourselves’? And if the answer to the question is yes, it is something we should be doing. If the answer is no then we have got to be looking at alternative ways of doing it.”

Adams acknowledges one of the toughest elements of a standardisation on this scale is cultural.

He compares his global transformation to having “taken a bunch of pirates and turned them into the Navy”.

“There are instances where we had resistance. Some people want to do everything themselves and go down to the corner store and buy whatever kit they want to buy because that is the way they have always done it.

“The smart people around the world recognise that this is how we have to be."