Mining for value in tough times 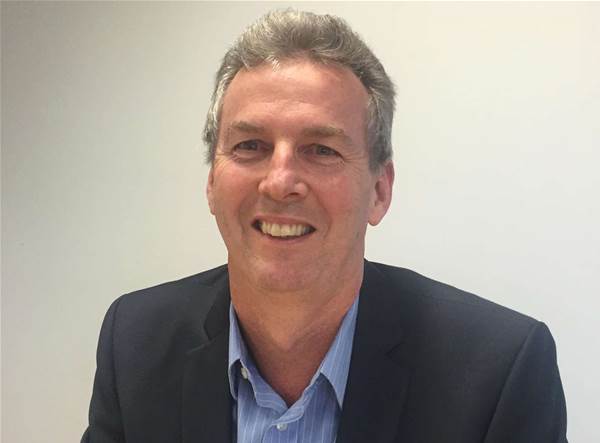 Paul Baker is not a fan of technology for technology’s sake, and working for his company's very survival has taught him to focus on the essentials.

In charge of IT for mineral sands business Iluka Resources, Paul Baker’s laser-like focus on the business case has been honed through a career largely spent on the vendor side of the tech industry.

Fresh from his Curtin University information processing degree, Baker began his career at Alcoa in Perth before hopping over the fence to work for technology companies including Rank Xerox, Telstra and CSC.

By 2006 he was ready for a change and joined WA-based Iluka Resources, initially heading up the project management office before taking on a role as manager of information systems and technology in 2008.

Baker says his vendor experience drove an acute focus on the need for any technology investment to “create and deliver value for shareholders".

“It influenced me to be very clear about what the business benefits were," he said.

“Often when you start off delivering a project there can be lots of nice-to-have deliverables or distractions that can take you away from the core value of what the project was set up to achieve.

"If you are a consultant you are not going to get paid for the additional deliverables unless it is agreed up front, so that whole scope management effort is quite key for me.”

Iluka isn’t flush with cash either.

But group earnings have fallen three years in a row, and in 2014 the company reported a loss of $62.5 million.

Baker acknowledged the company has had some fairly challenging times, and in recent years has been more focused on simply keeping the business going.

"So we haven't had the luxury of more profitable companies where you can invest more heavily in IT and performance improvements," he said.

“But we do have a push within Iluka around innovation and I think IT will have a key role in some of that.”

IT is seen as core part of Iluka, Baker says, but admits it’s coming off a fairly low base.

However, one positive about the market in which Iluka operates is that mineral sand processors can't easily be Ubered - meaning Iluka has no imminent digital disruptor threatening its business.

“With Uber you are sidestepping all the infrastructure of things, the taxi, the taxi licence, fitting out the car with equipment….whereas with Iluka you can't really bypass any of that.

"There are some mining companies that do it better than others - but I can't see an Uber coming in and transforming the way things are done.”

Baker and his team of 40 IT employees and contractors support about 700 employees and have oversight of IT equipment across about 40 different locations – from simple deployments of a PC and a modem located on a wharf through to its data centres at different mines.

Iluka is a Wintel shop, with a SAP ERP at its heart. It uses Acquire for its geological data management system, is moving to Insight for production accounting. It also uses Matrikon to provide processing plant connectivity.

The company has consolidated its metallurgical accounting systems to deliver greater transparency about its operations and to support decision making.

To cloud or not to cloud?

As far as technology platforms go, Baker is now considering his options as Iluka’s production servers reach end of life in 2016, and is weighing a move to the cloud.

“We had a look at cloud when our servers came to end of life about four or five years ago - but that was too early for us.”

As a miner with remote sites to support, Baker needs to consider “site survivability”. At present the company hosts Exchange and Outlook at each site, and locally hosts the phone system, along with process control and a number of key mining applications.

“That means if we lose communications to a site they can still email each other and talk to each other. They have a relatively good level of functionality even though they are cut off from the outside world in that site.”

If Baker ditches his site survivability approach and puts it all in the cloud, the company faces the prospect of a site being almost completely isolated in the event communications go down.

"That's one of the challenges for us".

He is however, keenly aware of the cost benefits involved in such a move.

“Our objective is to create and deliver value for shareholders, and we have to be very cognizant of that and make sure that the move to a cloud or the decision to stay on our own servers or hybrid model ties up with that objective for Iluka," Baker said.

Despite the spotlight on security and reliability of cloud services more generally, neither are a huge factor in Baker's decision on a cloud shift.

He's more concerned about the location of the data and the subsequent latency.

"We have operations here in Perth, the mid-west of WA, the south of WA, South Australia, Victoria, Brazil, Shanghai - so we would need to make sure the latency to all those locations meets our business needs," Baker said.

“The decision about moving to the cloud is a big one for us.”

In terms of deploying innovative technology to support business processes, Baker is somewhat constrained as Iluka outsources the actual mining and transport of materials.

It's here that there's been a significant push to invest in internet of things deployments and testing of technologies such as driverless trucks.

Iluka does deploy mobile technology to support workers in its processing plants and its exploration teams. Workers are currently provided ruggedised laptops, but Baker is keen to test tablet and wearable technology to make sure all employees have access to the information they need to do their job.

“If you are out on the site fixing a pump and you can get access to the information you need around that pump, and order parts from the warehouse while you are right there - rather than having to write it down, walk back to your desk and put it into a system, then go out and try to do your work again - that's a key one for us.”

“At the end of the day they are our core processes. I believe there is higher reward in those than there is in tweaking SAP or support services."