Is your lawyer smarter than IBM's Watson? 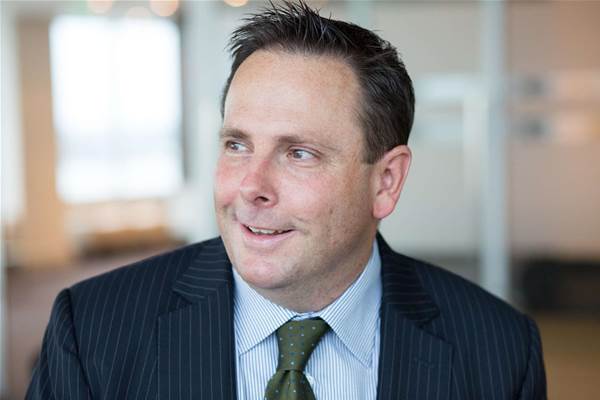 When five University of Toronto students harnessed IBM’s machine learning tool Watson to create Ross, a legal support service now in private beta testing, they heralded the automation of many of the tasks traditionally assigned to junior lawyers.

On the face of it Ross – and the increasingly sophisticated technologies that will inevitably follow from it – pose a serious threat to the billable hours propped up by young law firm staff combing through reams of court decisions and evidence files.

And it adds to technologies such as e-discovery, online dispute resolution, e-mediation and predictive coding that have already sent a shiver through the world’s law firms by threatening to automate many tasks once performed by humans clocking in and clocking out on the client’s purse.

Peter Campbell is CIO and knowledge director of national law firm Sparke Helmore, which employs 600 people in nine offices across Australia, including an IT team of 18 and knowledge group of 11.

He acknowledges that technologies like Watson threaten to “take a chunk out of the profit that lawyers make”.

“I don't think it will replace lawyers, [rather] the stuff that lawyers have made money out of that doesn’t offer an amazing value add is going to get completely stripped out, and this will be hugely disruptive for some firms,” he told iTnews.

Campbell on his own can’t close the lid of Pandora’s Box to keep the winds of change from blowing. Instead he has to deliver services that allow Sparke to compete and survive in a revolving business environment.

In response, he and his team have created online portals that allow clients and lawyers to collaborate and communicate; they perform data analysis of client information in order to add value and insight; and they continually re-engineer legal processes using information technology to remove friction and cut costs.

William Sparke lay the foundations of Sparke Helmore in Newcastle in 1882, and it has operated continuously – albeit with a handful of name changes – since, securing its position as a major player in insurance and government markets.

And, as a partnered firm, it doesn’t necessarily have the sort of central control hierarchy that would allow it to dictate enterprise-wide IT reforms with haste.

This means that even more than his corporate peers, Campbell is expected to call upon his powers of persuasion to get things done.

He knows convincing lawyers to embrace the very same technologies that appear to be laying siege to their bottom line isn’t easy.

After designing new automated work processes to boost efficiency, Campbell was asked by one lawyer if the changes would lead to them making more money.

“I said ‘I'm not sure - at the end of this you might go to clients and suggest you reduce your price’.

"He said ‘what on earth would I do that for?’ and I responded that such a move might mean he still has the account in three years’ time, or gets the whole portfolio for the client instead of half of it because he can do it for a lower price.”

And there are plenty of upstart competitors entering the legal space offering cut price alternatives to stubborn practices.

Melbourne-based Plexus is using artificial intelligence to provide information to clients for a fraction of the cost they would be charged by a lawyer.

Virtual law firms such as Bespoke and AdventBalance have none of the legacy infrastructure of traditional law firms and are rapidly growing market share; while UK based Riverview Law analyses matter data in order to offer clients fixed fee contracts – including for notoriously unpredictable litigation matters.

As Professor Richard Susskind, legal futurist and IT advisor to the Lord Chief Justice of England and Wales since 1998, has warned: “The competitor that kills you doesn’t look like you”.

Staying ahead of the wave

In 2012 Sparke Helmore’s tech support was named legal IT team of the year at the annual Lawtech Awards, and under Campbell’s leadership it has proved the worth of its innovation and investment back to the company.

That same year Sparke successfully bid for a three year contract with Westpac. To distinguish itself from rival firms it built a case management, workflow and document generation system for managing property leasing matters, along with a client web-portal.

The work proved to be the differentiator in the field and won the Westpac gig, which meant it recouped its IT investment in just four months.

Since then Sparke Helmore has established similar capability for three other clients.

“Clients now want a lot more transparency in terms of their matters and how their portfolios are running. They want updates in real time, not after waiting for a report, or ringing a lawyer. Some clients want to instruct us directly online," Campbell said.

Campbell also wants to leverage the client data that lawyers gather, to create yet another value-added offering that will hopefully keep his company ahead of the Watsons.

For example, Sparke handles personal injury work for large organisations, and is now analysing this PI data for patterns. Spotting locations where accidents happen regularly could be used by clients to schedule more effective health and safety campaigns.

“It's not technologically challenging but the application of analytics and analysis of data to legal problems is relatively new,” said Campbell.

Analysing Sparke’s own data, and making more effective use of project management techniques, is also allowing the firm to offer clients fixed price contracts for some work.

At the base level, Campbell runs his infrastructure on Windows servers housed in an in-house data centre in Sydney with a replicated environment in Newcastle. Lawyers use HP Autonomy iManage for document management, the Elite practice management and billing suite, and Lexis Visualfiles for case management.

To date, the firm has eschewed cloud solutions largely for security and privacy reasons, though clients themselves are starting to force the firm to modernise this stance.

Not that the CIO is averse to changing his business processes for clients.

“One of the challenges that disruption presents for me as an IT leader is delivering services that are still relevant on the mobile and web when the ecosystem that's supporting me doesn't rise to that challenge.”

Over the past five years whenever a change to the infrastructure has been required Campbell has focused on making systems more open so that they can easily connect to each other and - in the future – more cloud based infrastructure.

Eventually Campbell hopes that the IT-fuelled changes he is delivering will lead to him moving beyond the CIO title.

“I'd like to be the legal operations director - less concerned about IT. One day I'll be seen as the person who's helping people manage their businesses," he said.

“IT will be just cloud services plugged in. My focus - where I add value to this firm is in making them run their legal services better, measuring it and managing it."

However just as he sees a future for lawyers - even junior lawyers - in a post artificial-intelligence legal services industry, Campbell concedes that there will still be a place for CIOs too.

“You’ll still need someone to stitch together the strategy of how your systems will interact with your people - I just think the focus of that role might be different," Campbell said.

"The role of the CIO is still valid - but I believe that the slice that is related to impacting the business - in the trenches - that slice is going to get a lot bigger and the slice of stitching applications together is going to become smaller, but still necessary.”