Inside the mind of the chief data officer 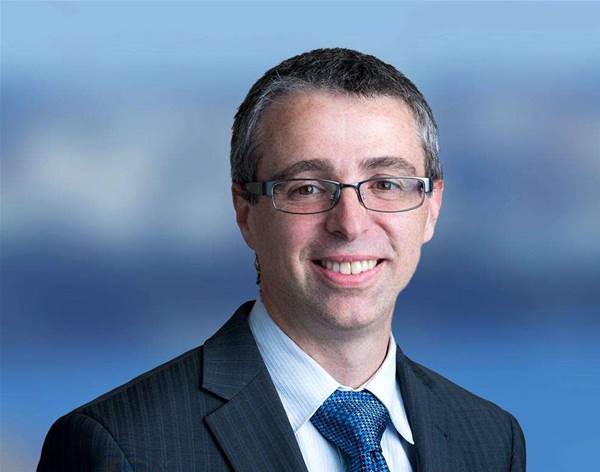 Veda's Lionel Lopez thinks Australian businesses need to hire a dedicated data chief to avoid getting washed away in the information high tide.

If you believe Lopez, chief data officers like him will become a mainstay of Australia’s corporate corner offices in the next couple of years.

Credit reporting agency Veda has been trading on its information holdings, and its ability to match credit patterns to identities, since the middle of the 20th century when the whole operation was run on card-based files zipped between shelves by staff members wearing roller skates, according to company legend.

So it makes sense that a business reliant on data as its bread and butter would need a CDO, a role Veda has maintained for two years now, with Lopez in the position since March.

But Lopez insists his company is not the exception.

“We have seen this type of role already emerging in the US and some of the western European countries," he says.

“I think we will see a growth in chief data officers in Australia too."

Analyst firm Gartner agrees, forecasting that globally 50 percent of companies in regulated industries like finance and telecommunications will appoint a CDO by 2017.

Other estimates have the global tally at about 400 significant CDO appointments worldwide, a figure that is doubling every 18 months.

Walmart in the US has a chief data officer. Barclay’s Bank in the UK also has one. But the trend hasn’t really taken off yet in Australia, where analytics remains primarily within the remit of the traditional CIO.

But that doesn’t stop Lopez championing the cause.

He told iTnews he believes a chief data officer is critical to governing the flow of information into an organisation.

“You need discipline if you don’t want to be submerged,” he said.

“Someone needs to govern that or it can become very chaotic with the pace with which the data is flowing into the organisation. It is a gatekeeper. You need a glossary, you need to be clear about the data dictionary. Everybody needs to understand clearly what an insight is for and what it means.”

He argues that data will be the commodity that sorts the leaders from the pack more and more in the future of Australian business.

“I think data is the new oil. The problem with data is that there is no frontier. Oil is protected by borders, but data can be grabbed by anyone. So businesses need to be on top of their game,” he said.

“I don’t believe an organisation can claim they are customer centric if they are not insight centric ... You cannot say you know your customer if you do not have someone to connect the dots in the enterprise to understand what the customer wants and what they are doing”.

If Veda is to maintain its dominant position in the Australian credit reporting market - rather than cede to challengers Dun & Bradstreet and the Tasmanian Collection Service - it will be hoping Lopez can walk the CDO talk.

The credit reporting industry is a tightly regulated space. Lopez was handed a whole lot of new data to play with at the beginning of last year when new privacy laws shifted Australia’s credit reporting environment from ‘negative reporting’ - where only instances of non-payment and default can be collected and shared by the agencies - to ‘comprehensive reporting’, where a consumer’s history of compliance as well as instances of non-compliance are added to the picture.

Even though Veda now operates its own marketing wing, Datalicious, which does ad attribution tracking for marketing companies, Lopez said this consumer information is “very ring-fenced” from the credit reporting operation.

Veda sources its data from the same sorts of places its competitors do - real estate agents, utilities, insurers, courts, government regulators and some corporate third parties. This means the volume of data itself can’t offer the company a head start.

“[This means] it is about what you do with the data,” Lopez points out. “That is the secret sauce.”

Unfortunately one of the key characteristics of secret sauce is that it is secret - meaning Lopez refuses to divulge any of the tricks of his trade when it comes to the algorithms he uses to calculate things like a consumer's propensity to default on a loan.

“We have many years of experience around creating and matching and cleansing data, creating propensity models and delivering insights for those customers. I think we are well placed to take a competitive advantage in this space in Australia,” he says.

Skills for the future

Lopez argues a data chief does not need to be a mathematician - before adding that, yes, he does have a degree in mathematics.

“You need to have a clear sense of numeracy and an understanding of data and its value. But I don’t think a successful CDO needs to be a rocket scientist.”

Rather, he says, the requisite skills are vision, the ability to articulate ideas clearly, commercial acumen and the bravery to fail fast.

“They are good skills for any business executive to have,” he concedes. “But in this area they are critical."

He has also clearly invested many hours into thinking about exactly what kind of people he wants working for him in the CDO’s office, to create what he calls the right “DNA” for the business.

He divides current candidates into data scientists and business managers.

“In today’s world these two groups find it very hard to communicate. The data people find it hard to understand the commerciality and the business people don’t know how to translate the problem into the data world.”

He rejects research by analysts like McKinsey & Co which forecasts that demand for people with sophisticated data skills will soon outstrip supply. What he is hunting for, he says, is the people in the middle.

“I strongly believe you can find the data scientists. There are a lot of uni students coming out [with these skills]," Lopez says.

“We need people who have evolved from just being the data scientist into a senior role where they are exposed to the commercial side. Or they will be people in a senior role who gain those analytics skills."

Despite his strong feelings about the CDO’s ascendancy, however, Lopez remains equally sure that “we will always need the CIO”.

He says in time the CIO role will become more tightly concentrated on the technology side of the business, while information management gradually creeps into the CDO remit.

“The CDO will work with the CIO, but the CIO will become more technology focused, and will look at how to deliver what it is the CDO and business needs to do with that data."