Innovating in the sleepy super industry 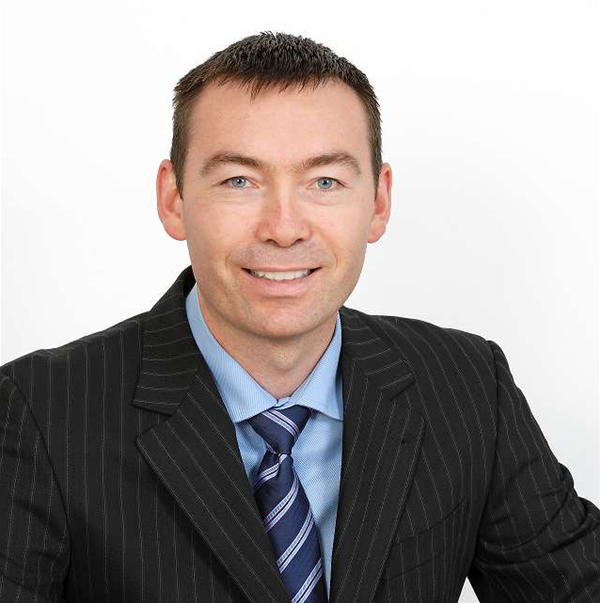 There’s little incentive to be on the bleeding edge, so why is Andrew Todd fighting so hard?

Andrew Todd is one of the few Australian CIOs who learned his craft in the world of software development.

The prevailing narrative in management circles is that it’s largely unnecessary for a CIO to offer such a skill.

The CIO role, according to the sort of advice bandied about by consultants, is all about being a good communicator and a good strategist. Harbour too much interest in the workings of the technology and it’s assumed you misunderstood your job requirement.

“I don’t believe that at all,” Todd says.

While conceding there is “always a balancing act in terms of how much you need to know”, the technology strategy at IOOF is largely informed by virtue of Todd's technical skill.

“I like to know what's going on,” he said. “I like to know that technically it is what's correct. Technology is one of the most important things we do in financial services, so if I don't know what the teams are doing to a reasonable degree, how can I say to the board that what we’re spending money on is right? Who is the checker, otherwise? Who, if not the CIO, is doing the validating?”

For this and many more reasons, Todd is a standout amongst technology leaders in Australia’s superannuation and wealth management sector.

While most of his peers buy and customise generic off-the-shelf software to support their operations, IOOF builds its own systems.

The IOOF tech team has been practicing agile software development since well before it was fashionable to do so. And while he doesn’t mandate it, “if we can use open source solutions, then we do."

Any room for innovation?

Australia's superannuation sector has gone through a significant period of consolidation in recent years. Several smaller providers have been snapped up as they’ve nipped at the heels of the “big six” (AMP, IOOF and the four major banks), IOOF being one of the most acquisitive. Beyond those six, there is a long tail of firms struggling to compete.

“Running a technology platform, when there is a lot of money required to meet the regulations and to deliver product enhancements and features, is complex,” Todd said. “Unless you’ve got a lot of members or you’re looking after a lot of money, you run out of steam.”

There has been the occasional start-up posing the slightest hint of a threat, but none with a radically new approach to operating a super business.

“All they’ve got is newer technology and less legacy - so they can implement new features or mobile apps faster,” Todd said.“They have no scale - they are forever trying to raise money. I think ultimately their business model is to be sold to a bigger player.”

This routine M&A activity – and the relative safety of the big six – has left “a lot of old technology in super,” he said, without enough of a pressing need for established players to innovate.

“Everybody in our industry is trying to deliver the same features,” he said. “And as painful as it can be for us, regulation really helps to prevent disruption, because it's a big deal to go through all the gates and get a licence.”

The high barriers to entry, coupled with complacency in the ranks of his competitors, provides IOOF with a unique opportunity to stand out from the crowd, Todd says.

“We know we can't compete with the banks on how much money to invest in systems, but we can be nimble, and we have got some good technology,” he said. “Most providers will have a technology platform provided by a vendor. We’ve chosen to develop our own platform.

But in an industry Todd diplomatically describes as “conservative”, IOOF is among a select few organisations with a focus on homegrown innovation. “For us, technology is a differentiator.”

IOOF’s homegrown platform was written using a mix of Java, Delphi and a functional programming language called Clojure, connected to a MySQL database and running on a mix of Red Hat Linux and Microsoft Windows servers.

Over time, Todd expects to lean more heavily on Clojure and Java, and consider the use of unstructured NoSQL databases.

But being on the bleeding edge isn’t easy.

There are certain compromises that the company has had to make to satisfy industry regulator APRA that experimenting with the latest and greatest tools is as safe or safer than simply purchasing the better understood packaged software. One such compromise is to (usually) pay vendors to support some of the open source tools.

It also means Todd spends more time than some of his peers discussing the benefits of an agile development process with the regulator.

IOOF’s team uses many of the software development lifecycle tools in vogue amongst agile practitioners (Australia’s Atlassian Bamboo and Jira among them), which electronically document and manage the committing and testing of code.

In the past, however, regulators would expect to see changes to such systems go through documented gates, usually in the form of “signatures on pieces of paper.”

For systems critical to the health of Australia’s financial sector, APRA wants visibility over any systems change. Has the requirement been signed off by the business? Has it been unit tested? Has it been peer reviewed? Has it been authorised for release? Has it been tested by somebody that wasn’t involved in developing it?

“What the regulator is after is segregation of duty,” Todd explained. “That’s been a principle of regulation forever in an effort to prevent fraud – to stop developers putting code in to funnel money out of the system.”

The issue for advanced software development houses like IOOF is that these staged processes conflict with the agile model.

“We have spent a lot of time educating [APRA] on how our processes work and how we implement controls electronically. We’ve shown them how we can see everything that is happening, and that by doing smaller increments of work, the risks they concern themselves with are actually reduced,” Todd said.

“When everyone is working so closely together, nobody can commit code into the repository without it going into Jira, and somebody has also likely been pairing with you. There are so many more eyes on the code. It would take a lot of collusion to commit a fraud than the old way, which only took a simple signature.”

Todd expressed confidence that in the aftermath of a recent APRA audit – which was “very interested in our way of doing things” – the regulator is getting a better handle on agile and adjusting the governance models it finds acceptable for the software development process.

But why go to all the trouble to work with the regulator, when peers are sitting comfortable using the COTS model?

It’s about being responsive to customers, Todd says, and that gets better outcomes for everyone – including the regulator.

“As a business, there is a base level of features you have got to have. But the differentiation - and our proposition - is around service," he said.

“The real challenge that exists in super is around member engagement – that’s essentially why the Government has been intervening around MySuper and by mandating low fees.

“With our own technology in place, we can more quickly test ways to increase member engagement.”

“If we own a platform and we need to offer a new website or a feature, we can fulfil that end-to-end,” he said. “We don’t have to be in a line for feature requests with every other user of a [COTS] system.”

“We are not beholden to a vendor’s timelines and how fast they can deliver features."

Today, the feature most requested by customers is a more straight-through process when signing up or making changes to products. IOOF won’t wait around to make the necessary changes to give the customers what they demand.

“At the moment, for example, we can dramatically reduce amount of paperwork that the regulators mandate we send out to customers,” he said. “Provided a member doesn’t have any financial advice attached to that service, we can simply send them an email once a year, or send an SMS for that matter.”

Beyond agility, there are also benefits from providing more flexible solutions for different parts of the IOOF business.

There are 1200 stakeholders on whom IOOF’s business sorely depends – independent financial advisors that are not aligned with a bank.

“The advisors are a key channel - we spend time and energy helping their clients, knowing that if we do that well, we get to manage more money,” Todd explained. “So our obsession is - how do we provide what the independent advisors want?

“That’s a challenge because in advice businesses, everybody wants something different. How do you build a core and configure and optimise that core to make everybody happy?”

It’s only something you can afford to do, he says, if your technology team knows your business intimately.

The business of talent

The most pressing concern for Todd is to keep the skills of his developers – split between Hobart, Sydney, Melbourne, Adelaide and Perth – up to date.

Today’s IT staff need to possess ‘T-Shaped skills’ – a breadth of understanding of tools and methods across the stack rather than deep technical skills in one area.

The difficulty, Todd said, is superannuation's nature as a conservative industry.

“People work in the industry a long time. When you push some of the newer technologies, like Clojure, it can be a challenge to get the more conservative people to try it. I’m often asked, what if we can't find people to support it?

“I’ll take that risk. We’ve been hiring new devs over the past 12 months and we’re looking to change the whole hiring mindset," he said.

“I’ve more or less decided- if they've worked in super and finance before, we are actually less likely to hire them. It’s a better outcome to hire people that have a similar thought process to how we want to achieve our aims.

“If you’re smart – and you’ve got the aptitude and attitude – the specific technologies are something you can learn.”

Todd wants to hire enthusiastic technologists that are interested in a continual cycle of learning.

“If a candidate starts talking about things, and you see there is genuine emotion, that's a good start,” he said. “Because if you’re going to work in tech, the big question is, do you love it?”