How to disrupt yourself 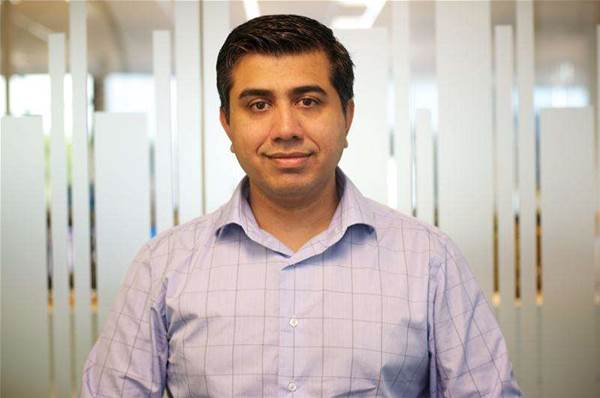 Former Fairfax exec Ajay Bhatia has seen first-hand the consequences of clinging to an outdated business model - and isn’t going to let it happen on his watch at carsales.com.au.

A former technical trainer and project manager, Ajay Bhatia learned about digital disruption the hard way as an employee of F2, the online arm of the Fairfax newspaper empire set up with $100m of funding in 1999.

Bhatia’s first job was to rebuild the drive.com.au website. It was a dream job, in many respects - the job satisfaction that came from building tools for mass media consumption was “amazing”, he said.

But within three years his enthusiasm had waned.

“What happened at Fairfax was a classic case of digital disruption,” Bhatia recalls.

“They had the newspaper arm and the online arm. Back when I started, the online arm was called F2. That in itself said a lot. What did that say to employees? It's like you are the second cousin, over there in the corner.

“What I came to realise was that everything we did was always about how we could integrate what we were doing with the newspapers. That was the conversation in the room, whenever you were making a decision. You are always thinking of newspapers.”

As described in Pamela Williams’ tell-all ‘Killing Fairfax’, Fairfax executives attempted to squeeze every last dollar out of the ‘rivers of gold’ of print classifieds.

It chose not to invest in disruptive startups like Seek at opportune moments. And even when its own online channels outperformed the market, they were restrained from competing with print classifieds.

“In hindsight, I am sure people will look back without the blinkers on, and say that it was a mistake,” Bhatia says.

“We should have gone hard and competed with ourselves. We shouldn't have been so worried about online might be bundled with print.

“In reality, the executive wouldn't allow us to compete.”

“I stopped enjoying my job,” Bhatia said. “It was like trying to compete with your hands tied behind your back.

For him, that experience remains an example of how not to respond to digital disruption.

“What so many companies fail to recognise is that your real competitor is out there - it is not your previous business model.

“Fairfax still has great journalists that write great content, but with all respect, it made a mistake. We should never feel like making a mistake is a bad thing, we should realise it quickly and correct it quickly.”

Success and failure at carsales.com.au

Fast forward a decade and Bhatia runs the technology team at carsales.com.au, a start-up that blew drive.com.au out of the water as an autos marketplace.

At the Carsales offices, Bhatia proudly displays a space in the building where his software development team are asked to regularly submit to a ‘failure wall’, a shrine that celebrates what each has learned from their mistakes.

It is his attempt to reinforce the notion that it is the speed with which you bounce back from misjudgements that matters more than getting it wrong.

“Sometimes you have to acknowledge that what you said in the past was wrong. But you must move on because today’s right is different.”

Carsales hasn’t been getting a lot wrong. It boasts a market capitalisation of $2.7 billion versus $2 billion for the entire Fairfax business, with the former employing only 400-odd staff versus upwards of 10,000 at the latter. It’s one of several “could have beens” for today’s Fairfax.

The company has diversified from car listings into listings of several other categories such as bikes and caravans, and more recently into residential housing sales.

But Bhatia warns that “even digital businesses themselves are up for disruption".

“Digital disruption, to me, is about the world moving so much faster,” he said.

“Time itself seems to have a different meaning. What we could do in a year, we now can do in a month or even a week.

“When I started at Carsales we used to deploy [code] twice a week. Last week we deployed 250 times. So the cost of change is very, very low.  The time required to make the change is low. And the number of people capable of making the change is very high. There is a multiplier effect at work that has an enormous impact.”

This speed enables organisations to be able to “afford to fail more often,” he said.

“Digital disrupters and innovators will try lots of times. They will fail a few times. And the few times they succeed - it will be good enough to disrupt an established player.

“No longer can you contemplate a technology project that is one year long. You cannot afford it. By the time you get to the end of the year, someone will change the game on you. If you leave the slightest room for someone to innovate and compete, they will.”

While it is primarily an online classifieds company, Carsales has faced several disruptive forces over the last 15 years that have beset most traditional media companies.

The first was mobile - which for many years loomed on the horizon but only very recently garnered as much traffic as desktop browsers. For Carsales, mobile sites presented the same challenge as most media companies  - it would mean less real estate on which to serve advertisements.

It wasn’t without some internal struggle that the company jumped in with a mobile site faster than any of its competitors, only to find customers preferring to consume apps. Apps were again a challenge as - at least in the case of iOS - they can break the direct line of communication between developer and customer.

That’s the relationship that sets his team’s services apart, Bhatia contends - the Carsales apps have had consistent four star reviews on the iOS and Google Play app stores because the developers themselves respond to customer queries.

In any case, Carsales has maintained its edge by jumping into mobile early. In most media organisations, the short-term means by which sales execs are typically incentivised has delayed moves to new platforms.

“I am a firm believer that executives should be incentivised for longer term rather than short term goals,” Bhatia said.

“In our case, if we see consumers are going the way of mobile sites, or apps, or back to mobile sites again - that’s exactly what we should do.”

Bhatia keeps a very keen eye on Asian business markets as a bellwether for the disruptive forces coming to Australia. In some Asian markets, an entire generation of online sites were skipped over in favour of a mobile-first strategy several years before that became the trend in Australia.

The latest trend in Asian markets is the ‘freemium’ model - whereby a set of services are available for free and more advanced options available for customers prepared to pay.

Freemium represents a clear and present danger to the paid models of carsales.com.au, realestate.com.au and others.

“What we often speak about is the fear of digital disruption,” Bhatia said. “[But] there is no reason why you yourself can't be a digital disruptor. It's cheaper than ever and easier than ever to do it. It's not about technology, it's about your business model. It's about open mindedness.

“I know it can be done because we've done it,” he said.

This week, Carsales launched a product that is free for vendors to list on. Pitchi is a video listings site dedicated to the young and entrepreneurial seller, who is asked to produce a short video submission and submit it both to the site and their social channels to drive interest.

Pitchi aims to lock in a new generation of users who communicate through non-traditional channels, and gives them the opportunity to put themselves at the forefront of the sales pitch.

It also competes with Carsales' own model - Pitchi users are free to sell cars and other products available on the Carsales website.

“Sometimes we have to disrupt ourselves and figure out the business model later,” Bhatia said.