Halting Optus' descent into ones and zeros 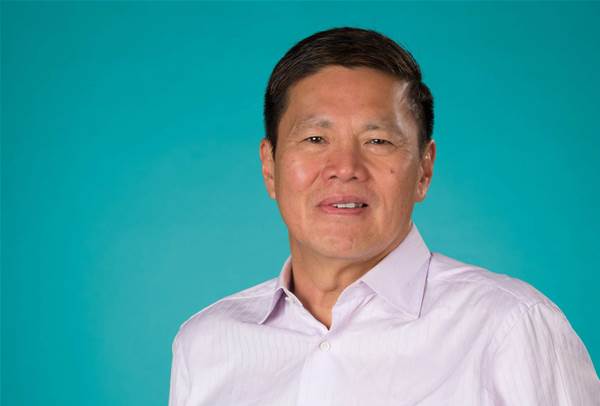 CEO Allen Lew doesn't plan to sit around as the telco becomes a pure utility, and says he's not afraid to take on the content providers at their own game.

Lew is the first Australian telco boss to speak publicly in favour of charging over-the-top service providers like video streaming giant Netflix a premium fee for special treatment on the Optus network.

In doing so he has knowingly stepped into the fractious debate around net neutrality - or the equal treatment of all web traffic - that has already seen the US telecommunications sector go head to head with the federal government in the nation’s courts.

Net neutrality supporters fear that prioritising some traffic over the rest sets a dangerous precedent for fairness and democracy online.

Networks, meanwhile, are creaking under the weight of video-on-demand services and are looking for something in return for the investment they will need to make into shoring up their pipes.

Despite being a 35 year veteran of Optus’ Singapore-based parent company SingTel, Lew thinks more like a media boss when it comes to the Netflix conundrum.

It is clear he sees Optus as key to delivering the all-important consumer eyeballs to commercial video streaming operators, and feels they should be fronting up some cash for the privilege.

“I think there is an opportunity for providers who want to optimise this service to stand out from the crowd, and to work with telcos like us to provide a level of service to their customers that is fit for purpose," Lew told iTnews.

The Optus boss said the exact status of the company’s negotiations with Netflix remained “commercial in confidence”, but raised the prospect of alternative, non-financial ways of getting around the premium service issue.

“There is no clear cut business model,” he said.

“To provide a premium service and to ensure that the quality of the bandwidth is sustained for a particular media partner is just one way. There are other things that can be shared with that partner - there are ways of going to market together, for example.”

He said marketing contra deals were a possibility but ruled out the notion of sharing customer intelligence between partners.

Netflix, however, is just one piece of of the disruption the telecommunications sector faces.

“Everything thing is now boiling down to zeros and ones,” Lew said.

“What we see is that the world is clearly shifting from a place where telecommunications providers provide voice to one where it is very data-centric.”

As a result, carriers are at a serious risk of becoming commodity vendors with all their future viability tied to what is likely to remain steadily dropping prices they can charge per gigabyte.

Optus is hoping that getting its fingers in a lot of pies will be enough to see off the trend and “avoid becoming commoditised and just a pure utility”.

“Everybody in the media space, in the telco space and in adjacent industries - even banks - are looking at the disruption that is happening and trying out different options to make sure they don't just focus on one thing and get railroaded into a corner.”

Taking a slice out of the broadcasters?

The media boss mindset doesn’t stop at selling eyeballs. He wants to take on the content providers at their own game.

Lew revealed earlier this month that Optus was prepared to take on rival Telstra in the race to win the digital streaming rights for major football codes like the NRL and AFL - if it can afford it.

“[Sporting rights] have been priced and positioned very aggressively in terms of the rights. For me, as someone that is looking to provide that service in a better way to our customers, it has to make financial sense or it has to boost us in some way," he said.

"So there is a lot of discussion about the best sports to put together, and we are looking at a lot of options."

At this stage at least, he insists Optus plans to work in partnership with the broadcasters to get a foothold in the content space, rather than trying to take a chunk out of one of the TV industry’s last remaining cash cows.

But as the line between broadcasting and online video streaming blurs, will there always be room for everyone in the market?

Earlier this week Seven West Media boss Kerry Stokes insisted to The Australian that the free-to-air TV jeremiad is one he’s heard time and time before, and that in spite of the doomsayers he believes broadcast media has a strong future.

“I don't necessarily disagree with him,” Lew said. “But I think things are going to change,”

Asked whether he thinks codes might bypass the broadcasters altogether to sign exclusive rights deals with the telcos, he remained cagey.

“Let's see what happens. I will never say never.”

The most obvious value add, of course, in how Optus treats its customers.

Part of a pumped-up $1.8 billion capex spend SingTel has injected into the Australian business this year will go towards ongoing work on “next generation” customer care and billing platforms across the telco group.

In particular, the company is working on the ability to proactively detect when customers are having trouble with the network and make contact to reassure them Optus is onto the matter.

“We know for example, if your network experience is sub-optimal. We can see that and look into it, then we will drop you a note to let you know what is happening.”

He said the customer care push will also see it track the kinds of speeds customers are experiencing to advise them whether they are using the device and the network most appropriate for their browsing habits.

This data will also help Optus direct the bulk of its capex spend to the neediest parts of its network.

“Inside the home on wi-fi we know the experience differs greatly depending on how far the customer is from the Telstra exchange," Lew said.

"So knowing where the customer is and finding a way to boost the signal coming from the exchange, either with the existing line footprint, or even enhancing it, are the sorts of things we are looking towards."

The majority of the money, however, will be spent on adding lanes to “the highway”, to borrow Lew’s favoured analogy.

“The board of SingTel clearly sees that as being critical,” he said.

It is focusing on the mobile network in Australia’s cities as a priority. Lew said 50 percent of this mobile traffic is now dedicated to watching videos - meaning Optus “needs to reach a minimum speed to make sure that happens properly”.