Go fast enough, and you won’t feel the shakes 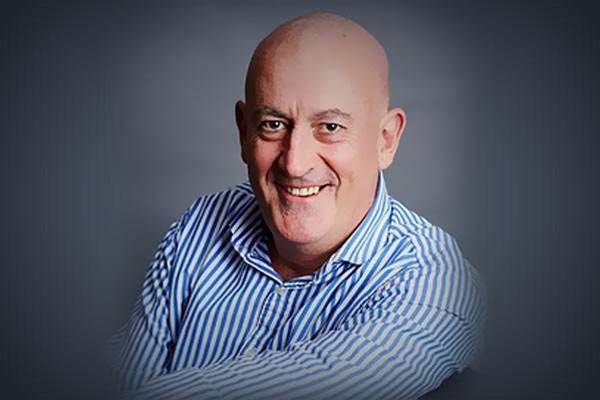 After a decade of trying to ignore the turbulence, News Corp has tied its future to the cloud.

Tom Quinn is a man in a big hurry.

Ever since he declared a ‘cloud first’ strategy for News Corp in 2011, the company’s chief technology and information officer has hacked away at hundreds of applications residing in the company’s data centres, signing News up for cloud alternatives.

Today, everything from the media company’s websites to its financial systems are hosted in public clouds offered by the likes of Amazon Web Services. Desktop productivity is delivered as a service by Google, as are CRM and sales automation by Salesforce, and HR systems by Workday.

“I'm not a private cloud guy,” Quinn says. “If I can avoid it, I’d much rather just go flat out all the way to public cloud.”

His KPI – more than any concern – is simply the speed with which he can deliver applications.

So what’s the rush?

The fortunes of large, monolithic newspaper brands are in free fall. On the surface, News Corp is holding up admirably in the face of over a decade of digital disruption, thanks to its investments in e-commerce (REA Group) and the Foxtel Pay Television monopoly.

But recent leaked financial reports suggest media mastheads like The Australian lost around $27 million in fiscal 2013, with advertising down across the board to tune of ~20 percent.

Quinn, who spoke to iTnews prior to this information being revealed, was both frank and level-headed about the challenge all media companies must contend with.

Digital disruption was underway well before Quinn arrived at News some ten years ago, but the current rate of change – in which mobile traffic rose from out of nowhere to represent 47 percent of all page views last month – has taken many by surprise.

“We were well behind the game at News,” he said. “[The media sector] was certainly being disrupted, but at a senior level, nobody believed that the tsunami was coming and this business was going to change forever.”

News has dedicated an inordinate share of its resources over the last decade to the protection and subsidising of its print mastheads.

“It’s very hard for some of the old dogs to change,” Quinn agreed. “The biggest issue here is getting people to consider all the platforms that we deliver media on rather than focusing just on the newspaper, or just on the website or just on the tablet."

News Limited faces the twin challenges of trying to hold its yield on print as circulation drops (around five percent, year-on-year), while producing a greater volume of content online in an environment where advertisers expect both lower prices and better metrics for how their ads perform.

That’s a fundamental change of mindset for those in the newsroom and in supporting functions like technology.

This mindset also requires big changes in the way IT is delivered to the business.

Quinn has set about concentrating his technology spend on areas of genuine differentiation – such as the core systems that publish the company’s content, and the systems that collect data about readers to serve up to advertisers. For everything else, the cloud is good enough - and rarely just as a cost savings exercise.

“Well, yes, cloud can be cheaper, but sometimes not by much,” he said. “It’s all about speed. It’s about breaking down your business stack, atomising it and finding cloud-based products that you can integrate together and stand up really quickly.

“I know the IT purists would backflip down the street at hearing this – but I’d rather deliver an 80 percent right product fast and fix the 20 percent after. We have to ask ourselves, what’s the minimum viable product you can deliver to meet the outcome? And then build on that.”

Quinn presents as an ideal executive to meet News Corp’s considerable challenges. He has seen his share of action in precarious roles and has the scars to show for it.

He earned his racing stripes as CIO of the Australian Stock Exchange, where he oversaw the shutting down of the trading floor in favour of automated trading and settlement systems. He was “right in the middle of huge disruption to an industry that changed forever”.

Quinn credits this experience for learning the importance of change management.

“I learnt that a big technology project is almost always as much about the people taking on the change as it is about the technology,” he said.

“The other thing I learnt - which I've used through my career now - is to get to the end as quickly as you can. Seriously, go fast. It couldn't be more relevant today. The days of big, long IT projects are done. If you can’t deliver something major in six months then don't bother starting, because your business will probably have swung on its head by the time you’ve finished.”

Quinn was also employee number 17 and CIO of Star City Casino, which grew from a dozen employees in startup mode to over 6500 in under six months. It was at Star, Quinn recalls, that he learned about how to deliver to a strict deadline.

Quinn’s other major CIO gig – at Optus – involved the outsourcing of the telco’s entire technology stack, with infrastructure contracted to Compaq (now HP) and apps to IBM. This was followed by a stint in start-up land. Both taught him to be ruthless – to “cut corners” if it necessary, in order to deliver what had been promised.

These skills are arguably more crucial in today’s media landscape than in any other industry at any other time. And Quinn is cut out for media – he enjoys telling an entertaining anecdote, but also cuts to the chase; he is as bluntly outspoken as Barclays Bank CIO Michael Harte.

“Whatever you say about Michael - some people say he’s mad - but you can’t deny he changed the Commonwealth Bank forever,” Quinn says. “There were a lot of big ideas there – ideas about moving fast, about going to the cloud – that he was first to act on.

Quinn’s kinship with Harte extends further than their shared experience with driving rapid change at large organisations. Harte made a case at CommBank for a core systems overhaul that stretched well over time and budget, but conversely set the company up for leadership in the years to come.

Quinn also backed the build of a core system with transformative vision in mind – and like Harte – it is as much of a millstone around the neck as a trophy to put out on display.

Quinn backed a project that aimed to replace 14 legacy content management systems with a single system for all News titles other than its printed magazines, which was to be based on EidosMedia’s Méthode multichannel publishing suite. (News Corp’s print magazines are using Adobe’s Digital Publishing Solution).

The new master CMS promises an ability to make the same piece of content available to which ever News Corp publication wants to publish it - whether it’s a newspaper, website or app – and move with it all the attachments and metadata (tags, images, videos, comments, related links etc) intact.

The consolidation project, which carried the heavy legacy of tens of millions of existing images and stories on multiple platforms, has been predictably long, expensive and unpopular with some editorial staff.

Quinn argues it was worth the pain.

“We needed the ability to be able to move content around our properties, around our mastheads, which some of the purists don’t like, but that’s how it works these days,” he said.

“Until this project, we couldn’t take content right through the process easily from creation to all the distribution channels. We needed a new system and we needed it quickly.”

The Méthode rollout put many of Quinn’s strengths to the test. He recalls that he was initially given approval to roll out the new CMS in 30 months.

“After we got the business case approved, [CEO Kim Williams] called us back up to his office, and he said; ‘I need you to go live in a year’."

Perplexed, Quinn asked for two weeks to stack a plan up that could get close.

“He leaned across the table to me, and he asked, ‘Are you deaf?’ So we went live with our first newspaper exactly two days short of a year.”

The rollout is now “seen internally as extremely successful, even if some people carry on about having to change the way they work”, and has been adopted by several of News Corp’s global publications.

From manufacturing to retail

Quinn sees ‘big data’ as the next point of differentiation and innovation amongst media companies.

“If you put it in its simplest terms, News Corp has gone from a manufacturing business to a retail business,” Quinn says. “We were manufacturing in that we used to produce papers and drop them in depots and deliver them to newsagents.

“Today, we’ve got to create content that we can sell, so I see us as a retailer. The one thing retailers need to know the most about is their customers. For a long time we have not known very much about the bulk of our customers because they’re anonymous to us, but with the rising traffic on the web and tablet and smartphones, we can get to know a lot more about the people who use our products.”

Media companies can, to a degree, very affordably gain insights into their audience on a bulk basis using software-as-a-service tools. But News Corp wants to narrow down the level of the individual.

“To do that, you’ve got to be able to manage acres of clickstream. We had to build a massive elastic data repository in the cloud that would enable us to bring all this stuff in and run some data science over the top."

For the last 18 months, this repository has taken the form of a Hadoop stack hosted in a public cloud, but the company is now “stepping up” to another level via use of a Google service called BigQuery.

Not everyone at News Limited is a fan of Google. It is, after all, the company most responsible for disruption to media companies, via the aggregating of content and sale of keyword-based advertising.

But Quinn argues that Google is “so massive, with such a lot of money spent on R&D and build scalable products, they’re hard to ignore.”

“That means we need to build a much bigger subscriber base - we’ve got to be out there marketing, running campaigns, having people register, having people buy, and we can only do that by stacking up our data in one spot.”

Quinn is yet to see a tangible outcome from the project, “but the way we’re going I think it’s going to be a great tool for us".

“We’re building up a data science team who can write the algorithms that get the best out of the data. My aim is to be as good at this is the banks.

“It’s a tall order but to survive we need to be retailing rather than manufacturing.”