Getting bang for your buck in the explosives factory 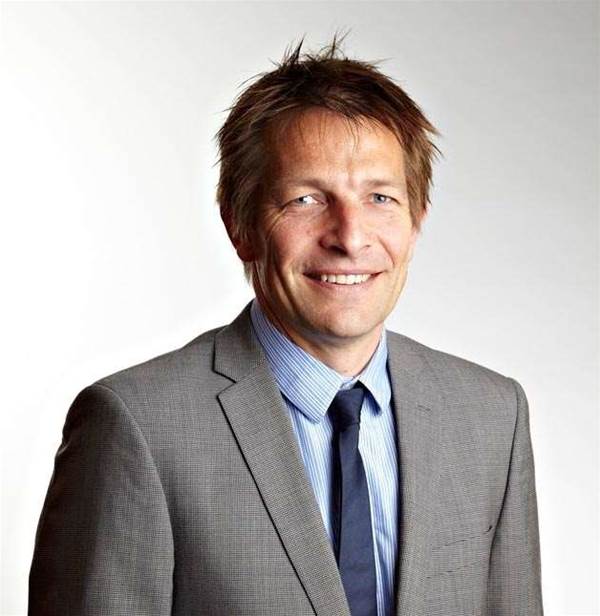 As a manufacturing industry CIO, Incitec Pivot’s Martin Janssen doesn’t have much money to spend on IT. But to him, that’s all part of the fun.

Martin Janssen sums up his IT strategy in two words: ‘practical’ and ‘pragmatic’.

Janssen has been CIO at Incitec Pivot (IPL) for ten years, supporting the company amid a major productivity drive, and as a growing number of customers demand to do their business online.

IPL manufactures and supplies fertilisers and explosives, and provides mining services in 16 countries including Australia, the US, Mexico, Chile, Turkey and Indonesia.

It is headquartered in Melbourne and like most Australian manufacturers, has been grappling with rising gas prices, wages and a high Australian dollar in recent years.

Bringing down costs is a major priority.

“One of the key messages at IPL is a low cost base,” Janssen said. “It’s not that we won’t spend a buck. It’s that we’re very prudent in how we spend it. And generally, we get good value for every buck we spend.”

Janssen has a budget of about $39 million a year for all of IPL’s technology, including corporate and SCADA systems, IT infrastructure, networks, and desktop and mobile devices.

His team of about 80 staff and 20 project specialists supports a workforce of 5000 people, who speak six different languages in IPL’s various offices and mine sites around the world.

And then there are the contractors, service providers and partners – like Cornerstone Chemical Company, which will operate IPL's US$850 million ammonia plant in Louisiana – that need access to IPL’s IT.

“There’s a reasonable level of complexity,” Janssen said. “As an example, we’re building an ammonia plant in Louisiana … that’s going to be operated by a third party as part of the industrial complex there. The technology requirements associated with that need to be delivered.

“We’re a manufacturing company so by definition, ‘fast-changing’ doesn’t normally apply. [But] customers, logistics providers, they can change; those things really can be ground-moving changes and that’s where dynamism is required from my team."

Spending money to save money

Getting more from less has been a long-standing mission at IPL, and one that has been driven from the top down.

Current CEO James Fazzino, who was CFO under Segal, saved a further US$200 million under Project Velocity, which involved a major corporate restructure.

Addressing an Innofuture survey of Australian CEOs in 2013, Fazzino described technology as “an opportunity to achieve substantial productivity benefits”.

“We think of ‘technology’ in different terms from those in government and academia,” Fazzino said at the time.

“For a manufacturer such as IPL, ‘technology’ is the use of the latest techniques to improve the way that work is done.”

“[Part of the job is] about trying to work out what are the right opportunities to pursue, given that there’s always going to be competing priorities,” he said.

“Opportunities such as predictive analytics and mobility are the ones where new technologies really present good outcomes for us.

“Predictive analytics would allow us to operate more efficiently [by improving our] ability to get predictable reliability or optimise production.”

IPL uses SAP’s BusinessObjects for business intelligence. It has also deployed Qlikview in the past three years to analyse and visualise data from its SAP systems.

Its business intelligence team is led by Fahed Mostafa, who has a PhD from Curtin University for his research into using data mining and neural networks to manage stock market risk.

To date, Mostafa’s team has been tasked with surfacing information about safety, reliability and efficiency to support IPL’s BEx continuous improvement methodology.

“At this stage, [IPL’s analytics work has] been largely making sure the right knowledge, the right information is available to all parts of the business,” Janssen said.

“We’ve got a very strong capability, almost world-class analytics capability in house. Steps forward we’ve made in the last couple of years are very significant.

“It’s not just toes in the water. We’re up to our ankles in the water, and some time in the next 12 months, I believe we’ll be jumping in.”

Winning over the board, without overselling

Janssen said he would need some real examples to demonstrate the power of predictive analytics before a bigger project might be approved.

His team has already been able to predict a reliability issue that rose at one of IPL’s plants.

“There is minimal budget for [a big predictive analytics project] but it’s the kind of thing where budget really is tied into the potential,” he explained.

“I don’t want to overstate it by saying it’s given us the ability to prevent reliability issues, but we’ve been able to model that reliability issue and highlight that it could have been acted on much sooner than it was.

“The potential is really, really strong. We’ve got probably 20 large manufacturing sites, and what you manage to do for one, you can leverage across the rest.”

After 25 years in the IT industry, including 15 as CIO, he has learned that managing expectations is key to driving technological change.

He highlighted a recent mine site deployment as an example of where IT missed the mark.

“Innovation was very strongly pushed” for that project in remote Australia, and the company sought to connect its corporate systems to a range of applications and SCADA systems in its on-site trucks.

The problem was that connectivity was very poor.

“We have large, very expensive trucks that deploy explosives in the field for the mining industry,” he explained.

“Those trucks are mini-factories. They’ve got SCADA systems, so integrating those SCADA systems to our corporate systems, including SAP, was the requirement.

“Ninety percent of the capability was well delivered from an applications point of view, but it was very difficult to make fully effective due to the telecommunications issues.

“In this case, perseverance is going to be the key. Telecommunications is improving and if that wasn’t the case, we would be taking different options. But it really is a case of this will work, we’ve just got to persevere with it.”

Business skills for the modern CIO

The CIO role has become increasingly business-focussed across most industries, and Janssen’s job at IPL is no exception.

IPL spends about 1.17 percent of its revenue on IT – low compared to the Computer Economics’ 2014/15 median IT budget of 2.2 percent of revenue across all industries.

Janssen said IPL’s IT budget was in the bottom third quartile of spending by manufacturing companies.

“I’m proud of it,” he said. “It is low relative to other manufacturing companies. We’re not under-doing it, but we’re definitely not over-doing it.”

Janssen keeps costs down by leveraging his highly qualified in-house technologists when appropriate, and outsourcing when there is an opportunity to get a bigger bang from buck or when he’s found it difficult to recruit the necessary skills.

IPL enlisted Melbourne-based BNW to help move its SAP systems from Oracle to a Microsoft private cloud environment in 2012. It used Presence of IT to deploy a hosted SuccessFactors recruitment system in 2013, and its SAP systems are maintained by global IT support firm Rimini Street.

“There’s no religion in that. It’s not being cheap, it’s getting the best value – that’s why we’re with Rimini Street or other service providers.

“Occasionally we’ll do something in-house because we believe we get better value that way, but it’s really about the approach that delivers the most value for the dollars that we do spend.”