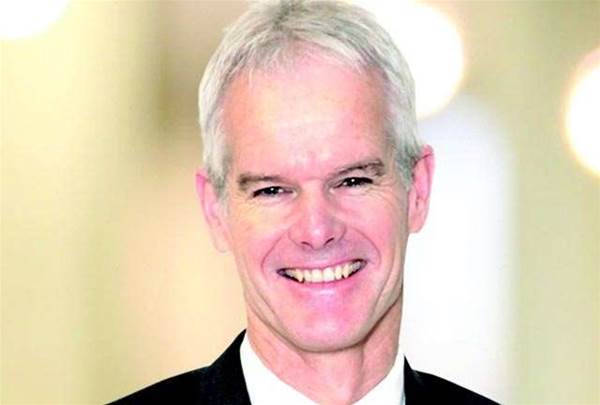 AGL's CIO is wedded to his favourite suppliers and not ashamed to admit it.

Owen Coppage likes to be first.

Energy provider AGL’s long-time CIO can’t help but get his hands on the newest technology in the market and have it up and running before anyone else.

“I’m curious about how things work,” he told iTnews.

This curiosity saw AGL become one of the first Australian businesses to move its entire workforce onto Office 365 a couple of years ago, and one of the first utilities in the world to implement SAP’s in-memory database solution HANA.

Coppage is also confident that his SAP system is the largest customer billing engine in the world to be built on a Microsoft SQL database.

But his strategy isn’t about ego or outdoing his peers - Coppage’s agenda is far more strategic.

Coppage is working to build AGL’s reputation amongst the vendor community as a willing and able guinea pig, and a genuine partner in innovation.

A couple of years back AGL decided to get into bed with a small handful of IT companies - Microsoft, SAP, Accenture and TCS - in a big way.

In return for this commitment, AGL has been let into their inner sanctum - access that continues to pay dividends for Coppage and his team.

“When we started looking at what is possible with Azure, we engaged with Microsoft,” he recalls.

“But we weren’t just engaging with local Microsoft representatives, we were engaging with the technology leads out of Redmond and their core competency back in the US.

“Our very close relationship with them means we are able to get straight to the details to understand what is possible and how we can apply new innovations to our particular business needs.”

He said building a reputation as a risk-taker and innovator ensures AGL always gets the A-team from its partners, freeing him somewhat from the rat-race that is staying ahead of the skills and recruitment game.

“Our partners don’t want to just talk about an idea ... they want to explore it and get it into production,” he explained.

“We are not simply a buyer of technology. Technology organisations recognise AGL as an enterprise that gets things done."

These vendors subsequently reach out to Coppage and his team to implement early showcases of their newest innovations - projects that are just as important to them as they are to AGL.

“This typically means we get the best people out of those organisations to work on our projects,” he said.

“We’re not an IT company, so we’re possibly not going to have those really specialist IT people working for us because their career path would be very limited. That’s why we partner with IT organisations such as Microsoft, Accenture, SAP and TCS. They employ technology people.”

So what is the tangible benefit of having the global tech all-stars on AGL's doorstep?

Coppage says his original collaboration with Microsoft, to build the SQL-based customer database, has given him the foundation he needs to make the most of opportunities that have shown themselves in years since.

“Back in 2006 when we implemented SAP on SQL that was very unusual,” he said.

“But that relationship with Microsoft allowed us to explore and test the boundaries of the changing trends in technology.

“The digital platform not only allows us to organise our customer data. Because we are already sitting on a Microsoft platform it’s been a natural extension for us to use a number of the other emerging technologies that have come out of various organisations.”

He pointed to Azure, which now hosts AGL’s new geographically-tailored website, as one example. The quick pounce on Office 365 is another.

Coppage also says AGL’s early adoption of SAP’s HANA has set it up to cope with the massive influx of new usage data coming from smart meters - especially after Victoria mandated their installation.

“The data volumes are huge, but it takes less than three seconds now to do some of the big data aggregations," he said.

“We are well attuned and well organised to deal with this increasing volume of data.”

Deregulated one day, privatised the next

Aside from all of these gains, AGL’s experimentation has also given it some of the agility it needs to deal with a market that can change overnight.

While electricity and gas will remain everyday necessities impervious to threats from the digital ether, the industry knows too well that its operating environment can be turned on its head with the stroke of a minister’s pen.

Energy deregulation in most Australian states kicked off in 2001, when retail competition was introduced to the sector.

The NSW government will also take its plan to privatise - or at least issue 99-year leases - on the state-owned energy network to the March election, potentially giving retailers like AGL new grid operators to negotiate with.

Staying ahead of the game has never been more important for Coppage and his trusted band of technology partners.

“We need to set ourselves apart from our competitors. We can’t possibly achieve that by ourselves. We must work with others."