Empty terminals and mountains of data 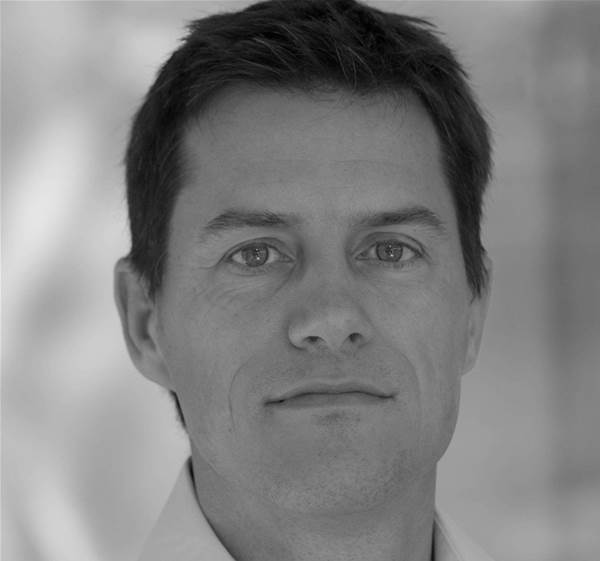 Qantas CIO Luc Hennekens claims to love it when Sydney Airport’s Terminal 3 looks like it has been deserted.

The shiny white space is often empty of the queues and cross-counter check-in tussles so familiar to air travel. The Dutch IT executive beams about the vacant space he has played a large part in creating.

“It looks like it's not in use because it is so efficient in getting people through that process," he explains. "This is all enabled by technology."

'Next generation’ self service kiosks allow passengers to print their boarding pass and luggage tags, bypassing the check-in desk altogether.

The next step is giving passengers the option of doing the same thing from their phone.

Last December, Qantas began rolling out its domestic auto check-in service, a new offering that prompts travellers to download an electronic boarding pass to their phone via a text message the day of their flight, prior to their arrival at the airport.

Passengers with check-in luggage can scan the mobile barcode to drop their bag at the terminal, no lining up required.

There's no question Hennekens is under huge pressure to perform digital miracles to give Qantas the edge in a cutthroat airline market. But does that mean he is being ‘digitally disrupted’?

“The answer almost can't be no because there are so many industries where people thought they were safe and then all of a sudden something has hit them.

“But if you look at the core of what we do - flying people around - there is not much prospect of replacing that with a digital model...until someone invents teleportation,” he laughs.

“Then we'll be in trouble.”

But the weight of customer expectation is forcing Qantas to play differently than it has before, and at an ever increasing pace.

The pressure of competition means it's no longer good enough for flight attendants to smile politely and have immaculate hair.

In response, Hennekens has deployed a “CRM in the air” solution to make sure cabin crew and airport customer-facing staff have access to the full Qantas profile of each passenger they are serving - whether they drink red wine or white wine, whether they’re in danger of missing their next flight, or even, as one case went, if they have an injury and need to be prioritised when it comes time to disembark.

The tool is called red app, accessible by crew on around 1100 iPads.

Jetstream software powers the application, which draws data out of a range of Qantas systems, and allows crew to add extra notes to customer profiles once they are in range of a web connection.

Eventually, Hennekens forsees this data stream enabling a continuous fracturing of the different classes of air travel on offer down to a personalised service.

“We are on a journey from a traditional mass-produced product that is the same for you and your grandmother, to understanding micro segments with specific needs and tailoring an offer to them, and eventually having individualised offers - including individual pricing or something that goes beyond just a ticket," he said.

Staying tougher than a tough market

Such efforts are critical, because now more than ever Qantas needs to attact and retain all the passengers it can.

Qantas' outsourcing IT partners were put on notice to provide more value for money lest risk losing their contracts. They also became subject to an ongoing review process and new engagement model with the airline.

The airline has also made a serious foray into cloud computing, even turning to auctions of public cloud compute resources that aren't being used to make its IT dollar go further.

Last week, a visibly relieved Joyce announced that the ‘transformation’ had successfully turned around the airline’s situation, reporting a half-year profit after tax of $206 million.

But he also acknowledged that the airline was by no means out of the woods yet.

Buoyed by a low Australian dollar and dropping fuel prices - which returned more than $33 million to the Qantas purse in the six month reporting period - Joyce conceded to the ABC he could not rely on these turbulent factors to continue supporting his bottom line year on year.

With one eye on that unpredictable future, Qantas continued to invest in value-added services for its customers while at the same time making savage cuts internally.

It started building new premium lounges, lie-flat beds for business class and boosted food and entertainment services for economy, not to mention the tech innovations detailed above. Its revenue per available seat kilometre improved by $162 million in the half-year.

But Qantas faces another uphill battle: with all it is investing into delivering a premium service, how is it supposed to showcase this added value when most people choose a flight from a barren grid online?

“If you go into a travel agent or book online today, the only thing you really see is the carrier, the starting point, ending point, time of departure and a class of travel," Hennekens said.

“We invest all this money into creating a rich product set that is really different to the competition but then when we get to the distribution channels they are not technically capable of showing that...these elements remain invisible in the ticket buying process.”

Some work is underway in this space, but it is a capability that needs to be enhanced on a sector-wide basis, through all the travel agents, aggregators and back office systems, before any one airline can move forward with a richer booking process.

Hennekens hopes to leverage the work to make the most of Qantas’ customer investment.

“This set of standards basically helps airlines sell their product in a much richer fashion than simply saying you can go with us from A to B in business or economy," he said.

“The intent is to include rich media, and different products and services that are optional. It's about showcasing what business class is like, what the inflight entertainment is like, what the food is like, and what the experience on board is like.”

‘Mountains and mountains of data’

Once again, all of this capability comes back to how judiciously Qantas can leverage its data.

Sourcing it is certainly not the problem.

The organisation is dealing with “mountains and mountains of data,” according to its CIO.

Thanks to its frequent flyer loyalty program, the airline has collected information on 10.5 million members. It signed up 400,000 new members in just the past six months.

“We already know an incredible amount about our customers. We have thousands and thousands of interactions with them every day,” he said.

“What has happened in the past is that all of that was sitting in different systems and different functions. The core thing we are doing now is bringing this all together.”

Luckily Qantas has many years experience in the field. So much so that in September this year it decided to spin out some of that in-house capability built up through years of running its loyalty programs into an external offering called Red Planet. It also bought a 51 percent stake in analytics firm Taylor Fry.

Internally, Hennekens is experimenting with Hadoop clusters and Bango, which tracks users mobile phone patterns. He says he is also using more established products like Teradata and Cognos.

Interestingly, considering his outsourcing push in other areas, Hennekens is steadfast on keeping most of Qantas’ analytics work in-house, as a way to “start educating ourselves and our staff on what is possible”.

“You can rely on external agencies but then you don’t learn as an organisation. So we have taken the approach to push our internal staff to forums and to training, basically to say we want to get this out of a proof of concept - go ahead and do it.”