Earning the right to innovate 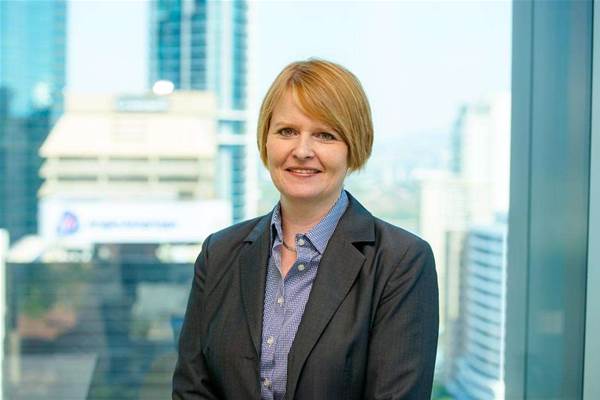 Breaking down the barriers to innovation is a long, but rewarding process, says Bank of Queensland Group CIO, Julie Bale.

In 2012, after close to ten years of underinvestment in IT and facing the onset of new and unfamiliar competition, the Bank of Queensland urgently needed a change agent to run IT.

They found Julie Bale - an executive with an appetite for change that was already well grounded in the realities of running IT within a tier two bank.

Bale has spent less than 18 months as group CIO at the Bank of Queensland after stints at ING Direct and Bendigo and Adelaide Bank, but has been quick to make her presence felt.

She has shone a light on the bank’s relationships with its partners and - even more crucially - it’s relationship with customers. None of what Bale describes as the “traditional frames of reference” for running a bank have escaped her scrutiny.

The group CIO was provided scope to hire her own technology leadership team, take supply relationships to tender, address immediate systems availability issues and formulate a longer-term strategy to underpin the bank’s value proposition in the middle distance.

Two years of tough decisions later - and with several still to come - Bale is helping to prepare the bank for a future in which the customer will have far greater opportunity to choose from a wider variety of financial service providers.

The speed of change in today’s financial sector is startling, Bale told iTnews.

“In one year, it will have changed exponentially,” she said.

The challenge for CXOs in such a rapidly changing environment is to retain a longer-term, strategic focus.

“Every decision we make around technology has to set us up for at least the next five years,” Bale said. “There can be no more tactical decisions, no more bolt-on solutions. They carry cost and complexity within the organisation. Nobody wins.”

On that basis, Bale has prioritised stabilising and commoditising the bank’s back office over leaping into investment in new digital services that might otherwise have been tough to integrate back into the core.

The IT department of old in Australia’s banks - the ‘Ops Land’, as she describes it - urgently needs to evolve.

“I want to run our back office as a well-oiled machine, almost in the dark,” she said. “I want to shut the doors and turn the lights out, be commodity at the core, so that I can set up the business at the front end to be able to differentiate.”

Bale’s disciplinary approach - under which every IT project must promise a return on investment to be considerered by her office - is beginning to pay some early dividends.

Project success rates up are above 80 percent and goals have been set for cutting the cost of IT operations to free up capital for innovation projects. The bank has built the infrastructure necessary for applications to be deployed, iterated on or killed off quickly.

She now feels confident the business is ready to begin talking about how it might invest in disruptive technologies.

“Until I could get the basics right, I couldn’t sit down at the table with the business and talk about innovation. I had no mandate for that.

“The basics are fixed and IT is now contributing to the turnaround story of the bank,” she said.

“We now have a mandate to start talking about innovation.”

Most of the disruption in banking and finance to date has centred on payments, she said.

“This is playing out on a day-to-day basis,” she said. “We’ve seen US$2 billion in investment put into payments startups [over the past two years] - it’s easy to see why people see that as the major disruptor.

“[But] it’s very difficult as a banker to back a winner at the moment. Everybody from Visa and Mastercard to the SWIFT providers have something in play.”

An area of more immediate concern - or at least, one where a group CIO can invest in a realisable outcome - are investments into providing customers new digital experiences developed with 'straight through processing' in mind.

Straight-through processing refers to the onboarding of the customer through to fulfillment and settlement. It requires automated identity verification and credit scoring, among other technical complexities.

“For the customer, today’s standard of banking can be a complex process," Bale explained.

“Our commitment to straight-through processing is about simplification at the heart of what we do. It’s about making any transaction with us as simple as we can make it.

The Bank of Queensland is redesigning its processes for a range of financial products with this idea in mind - the first being a retail loan originations system.

“What would frustrate me as a customer of any bank is when you’re onboarded for a service with the promise of it being done ‘automatically’, and the bank doesn't deliver," she said.

"You provide the bank what is required for 100 points of ID to apply for the loan, and then the bank sends you a form, asks you to sign it and scan it and email it back to them, and then promises to get back to you soon.

"The one thing that winds any customer up is thinking you’re on a digital journey and then coming to a halt and being sent back into the old world.

"We are working to digitise the end-to-end process.”

For many of the processes under review, the Bank of Queensland is moving from pen-and-paper and into the digital realm, rather than trying to improve on a half-baked digital process.

"We are coming off a low base - but often that can be advantageous," she said.

One key point of friction that has prevented any of the banks from achieving genuine straight-through processing are the stringent requirements financial services companies must adhere to in order to validate the identity of a new customer. The 100 point evidence system relied upon to identify new customers can break the flow of what is otherwise a digital onboarding process.

"As regulated entities, there are some boundaries we can’t cross," she said.

Some of the traditional thinking around identity should be challenged, she said. Why, for example, is a driver's license a more valid form of identification than a digital alternative, when there are states with twice the number of licenses in circulation as there are licensed drivers on the books?

Bale doesn’t see it as wholly unlikely that in the near future, digital certificates or some other digital mechanism of trust might be used, perhaps combined with a social log-in (LinkedIn or Facebook, for example), so that banks can “design processes for the way future customers will want to transact.”

The trust users so readily place in services such as Airbnb, Uber or eBay, for example - a trust developed almost entirely on the strength of reviews from other consumers - suggest that there are as-yet unseen models that might better solve the challenge of verifying identity in the digital world.

But in today’s regulated environment - and especially considering the anti-money laundering regulations put in place in response to September 11 - experimenting with new forms of authentication is a tough road for any banker to travel. The innovation is likely to be seen amongst startups first.

Banks should in the very least be keeping a watching brief on social credentials for authentication, if only as a means of inspiring new, more secure ideas.

“The younger generation is born into it,” she said. “They expect us to know the customer through social channels.

“We have to escape our traditional frames of reference. We need to challenge some traditional thought processes and take regulators on the journey with us."