Ditching the CIO title in favour of a customer focus 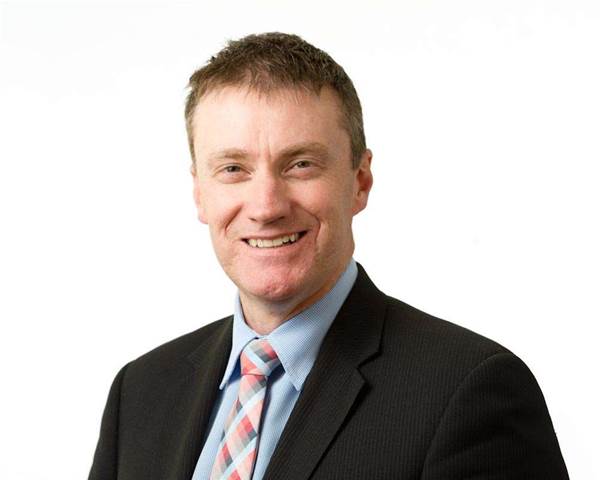 Bendigo and Adelaide Bank's Andrew Watts is racing to give his customers what they want ... before someone else does.

“Customers don't wake up every morning wanting to do their banking,” Watts says.

“They want to live their life, manage their time and grow their business.”

Once upon time Watts was CIO at Bendigo and Adelaide Bank, but has now refocused his attention as the executive in charge of customer service improvement.

There’s method in the decision: Watts now views disruption through the prism of what it means to a customer rather than what it could mean to the bank.

The financial services sector has been profoundly disrupted by technology, which in turn has shifted customer expectations: they're demanding fast, frictionless payments.

They want to do their banking when and where it suits them, but also retain access to a branch network bristling with technology and specialist skills when they need it.

“The most important disruptor is the customer,” Watts told iTnews. “Mobile technology has allowed the customer to take control.”

He says the established banks have to understand that online services and aggregators are already taking the friction out of doing business, and will happily poach account holders who grow frustrated with the service they’re getting.

US banking service Moven is already nipping at Australia’s borders, having signed a licensing deal with Westpac New Zealand, which often acts as Westpac’s sandpit for new technologies.

Moven links a savings account with Kansas-based CBW Bank and a MasterCard-enabled debit card to a smartphone and watch-based financial app that gamifies the process of tracking income and outgoings.

Startups like Moven are making “the front door to banking easy,” Watts says.

Watts is also watching the rise of non-traditional players such as Coles enter the financial services space alongside peer to peer lending, alternative payments platforms from the likes of Apple, PayPal, Square and Mint; and organisations that can analyse consumer spending patterns and predict outcomes or make recommendations.

The bank is keen to play in the space – but in its own way.

There were some raised eyebrows when the bank released a QR-code based contactless payment system called redy last July.

To make a payment, customers scan a QR code on a merchant’s redy terminal. Merchants are charged a 1.5 percent transaction fee, a third of which generates creds that can be used to receive discounts from participating merchants passed on to a range of charities.

The problem with QR codes is that they are clunkier to use than near-field communications chips for contactless payment. But Watts maintains it was a pragmatic solution to a customer need.

He acknowledges demand has been mixed, but says “where the customers in the communities can see the link between using redy - buying local and creating redy points that can be put back into community activity and charities and causes - when that connection works it is successful".

The bank has also just finished work on a new mobile banking application which was “built from the ground-up based on customer feedback”.

“We were able to move that into the market very very quickly and are pushing out new releases based around that application every three to four weeks," Watts says.

“We have delivered the agility through the smart use of integration services, using more iterative and agile techniques in the development of software - but the most important thing is listening to the feedback of our customers and being able to respond to that quickly."

Throwing out the job title

Something must be working. The bank was this week ranked number one in a credit card satisfaction study released by J.D. Power Asia Pacific, which found that Bendigo performed particularly well in customer interaction, coming out ahead of the big four.

According to Watts, the secret is in “the way you combine people process and technology. [That is] where the magic lives".

The bank was formed in 2007 from the merger of Bendigo Bank and Adelaide Bank. Today it has almost 900 outlets and 1900 ATMs across Australia, assets under management of more than $52.1 billion and a market capitalisation of around $3.3 billion.

Watts, who has a Bachelor of Engineering and Graduate Diploma of Business Administration, joined Bendigo Bank in 1994, and was made inaugural CIO of the merged entity in 2007.

Having been the bank’s CIO and later taking charge of its change program, Watts is now leading the customer service improvement function.

But he’s also responsible for the bank's overall enterprise architecture and the IT strategic direction. Kevin Dole, head of technology services, manages day to day IT operations.

“My personal view is that too much in the industry gets associated to titles. The latest trend has been that you need a chief marketing officer or a chief analytics officer," he says.

“It means we are a little unconventional - but we will continue to evolve IT according to the business’ needs.”

One evolution underway is greater use of data analytics.

Watts says the bank now has a “golden record” for 98 percent of its 1.8 million customers which it uses to generate a single customer view.

He says the outstanding two percent of records have not been completely integrated due to a couple of small product systems that the bank either has not had time to clean up or can’t justify working with for a relatively meagre return in terms of business value.

“But at 98 percent we are sitting in a very very good position compared to the financial services industry in general,” he said.

“Customers are willing to do more business with you and share more information with you as long as you are using that information to better service their needs. In our case having a single golden record of our customer relationship puts us in a much better position to identify needs and objectives that we may have a product or solution to meet.”

Bendigo and Adelaide Bank has also established a “customer voice” group to listen to what customers are saying both directly to call centres and branches, and harnessing analytics for transaction and activity data.

He stresses this is not just about boosting sales.

“A lot of the investment we have made into customer information analytics puts us in a better position to make better decisions particularly on the credit side, acknowledging that customers don't want to be put in a position of stress.”

Unlike the major banks, which have had to overhaul decades-old legacy core banking systems and product silos to bring all their data into one place, Watts says Bendigo and Adelaide, which uses CGI’s RFS Retail Banking system, has been spared this headache.

“We have a core banking system that we have been operating in the company for a long long time. It’s an extremely well architected system - it's real time so when things come in like the industry’s new payments platform, for us it's a relatively easy move to leverage that.”

Architecturally the bank uses RFS for its systems of record and has established an integration layer that allows systems of innovation to connect.

Watts is also looking to maintain agility by making sure innovation is in the working remit of everyone working for the bank.

“I’m not a big believer in … an innovation group - as if one group has all the insights and answers. So we try and drive a culture in the organisation where people are constantly challenging the organisation and finding new ways to do things,” he said.

“Ideas are coming from everywhere and I think that's a really healthy thing – it’s far more sustainable and gets much stronger buy in from the organisation.”