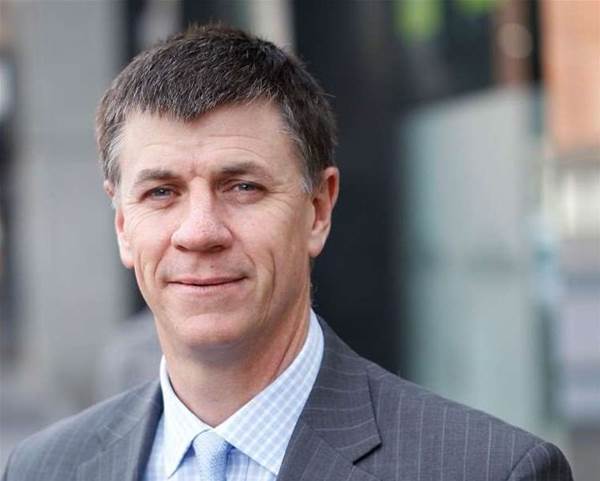 Alistair Carwardine says it's all about dial tones at M2 Group, not lightbulbs with an IP address.

Carwardine joined the Navy at 15 and spent the next 15 years on Naval destroyers and in submarines before deciding to pack it all in to write code for Qantas.

Turns out being underwater and being a father were not compatible occupations.

But there are a few parallels between manning a military vessel and heading up IT and network operations for a multi-channel telecommunications group.

M2 Group’s business prospects are certainly not following any sort of submarine trajectory. Its latest round of half year results revealed record revenue, up eight percent year-on-year, with net profit up 25 percent.

The board clearly felt the business was in good enough shape to enter a potential bidding war with competitor TPG for the purchase of WA-headquartered ISP iiNet, despite eventually coming out second best.

Come July, however, it will add New Zealand’s third largest ISP Call Plus Group to the stable.

But Cardawine says he wasn't inspired by the beeping radars and high tech military machinery of the Navy to start a career in IT.

“I was not there for the technology,” he told iTnews.

“[The career shift to Qantas] was not accidental. But it was about an opportunity for a career change.”

In an homage to his past career, Carwardine describes digital disruption as a kind of once-in-a-lifetime-blue-moon ocean swell that is crashing waves of change over the world, one right after the other.

“I think digital disruption is a terrible term,” he said. “But the concept is valid.”

“If you look over the past decade there have been waves of change, whether it is access, the change from analogue to digital in mobile, or the rise of social media.

“All of these waves have come through in peaks and troughs and the industry has got very excited about each of them.

“But what is happening now is that these waves are peaking concurrently.

“When you bundle all of this together you get a magnitude of change that is probably much greater than it would have been if these waves of change were occurring at different times."

M2 is at the coalface of a number of these crashing tides. The group includes the iPrimus and Dodo consumer telco brands, the Commander business which targets the SME segment, and M2 wholesale - plus the newly acquired NZ CallPlus.

The business is watching history occur as the Australian telco landscape shifts under the weight of the NBN, and simultaneously as the public’s consumption of data connectivity goes through the roof.

“The real challenge for telco is that customers are demanding greater and greater bandwidth but the supply of that bandwidth is naturally constrained. Therefore we need to be really smart in the way that is being allocated and deal with what is being needed," Carwardine says.

One of the things Carwardine and his team are doing to make sure they can continue to keep up with this trajectory is to focus on virtualising M2’s network infrastructure to take some of the burden out of provisioning services to customers, starting with core IP switches.

“The fact that these concepts of virtualisation are hitting the network is very exciting,” he said.

“We used to have data centres full of fridge-sized cabinets that we used for the delivery of our voice. We have now reduced that from something like 200 racks down to six racks.

“It is that sort of scale that can be achieved through virtualisation. There are enormous prizes for the network, the carrier side of our business, and the data centre side of the business."

But, he adds, reliability is at the core of M2’s business proposition, so he won’t take any risks that threaten his customers' all-important dial tone.

“We targeted our core voice products and we are testing the next round of products at our core network.

“We are being very careful in the way we are assessing the virtualisation of our networks. But at the same time we have to examine it because there is great opportunity here.”

Carwardine and the rest of the executive team at M2 know they will have to start preparing their networks to deal with the much-touted ‘internet of things’, as cars, wrists, health devices, even toilets are connected to the web.

But he is not in any particular hurry.

“There is no doubt that there is going to be rich opportunity with the internet of things, and we are very excited about it. But some of the use cases that are coming out are really twee,” he said.

Towards the end of last year, a frustrated David Rowan of UK Wired coined the term ‘Internet of Stupid Things’ to describe the sometimes-ridiculous territory the IoT trend was headed into.

Things like sensor-enabled jugs to tell you when your milk is off (presumably for the smelling-impaired), and smartphone-connected kitchen scales (presumably for those of us who find it to hard to look away from Facebook long enough to glance at an inbuilt display).

All devices, Rowan said, that are driven by marketing rather than any actual real-life consumer purpose.

“You know the idea that you should give an IP number to an incandescent bulb so that when it blows you get a little pop up on your desktop … this stuff really needs to be tested,” Carwardine concurs.

“So do we have an internet of things program today? No we don’t.

“The use cases are still flushing out,” he said, with no intentional reference to the infamous Japanese Satis toilet that can be operated remotely via a smartphone app.

“But we know that as there are improvements in wi-fi and bluetooth, especially as they become low power, then we will truly become able to explore how to connect things.

“So we’re keen to see how that fleshes out, and make sure we’re part of it.”

Carwardine distills his mission at M2 down to three aims: ensuring reliable access to networks is maintained, making sure customers see their services provisioned and their problems responded to as quickly as possible, and guaranteeing their experience transacting with any of the M2 brands is simple and pleasant.

“I don’t think disruptive is a great world. We are focusing on satisfaction and simplification,” he said.

"Things have to work. And that is probably the biggest contribution technology can make.”