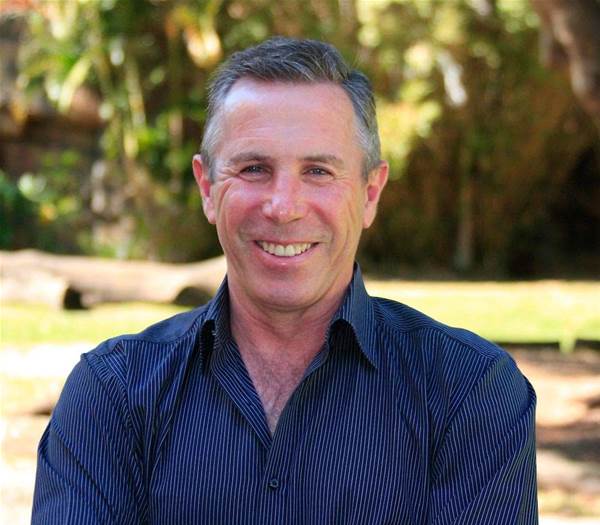 Sector-hopping CIO Paul Young wants to create digital experiences that add value to some of the world’s most terrifyingly physical ones.

If it’s engagement you want, there are few experiences quite as terrifying as hurtling down the 115 metre decline of Dreamworld’s Tower of Terror.

So says Paul Young, the newly crowned CIO at Queensland entertainment conglomerate Ardent Leisure Group, when asked what impact advances in online gaming might have on the distinctly physical business of running theme parks like Dreamworld and franchised gyms and bowling alleys.

“It’s a thought provoking question: could a digital experience replace something so physical?” he says. “They are very different experiences, and complementary.

“There is nothing like being on the Tower of Terror. But who knows? Perhaps over time we might see virtual digital experiences that supplement the actual experience.”

Young came into his own as a CIO during a unique era for technology leaders. His skills were shaped during the technology boom that resulted from the mainstream adoption of the internet in the years before it began its reign of disruption.

The internet pushed the execs out of server rooms and into data centres, then closer to the boardroom as digital issues became more tightly entwined with core business decisions.

Young started out as a techie. In 2002 he was working for Wotif.com founder Graeme Wood from within a federal government co-operative research facility called the Distributed Systems Technology Centre.

“One day (Graeme) rang me and offered me the role as the CIO of Wotif.com. I guess you have to take your opportunities and be in the right place at the right time,” Young says.

“That role was a really interesting opportunity. It was a fantastic business model, with a technology stack that was not capable of supporting it up until that point - so that was a really technical role."

After a short break for some consulting work, by early 2008 Young was again doffing his CIO hat after an offer came in from global mining engineering specialist Ausenco. Again, his timing was fortunate. In the years that followed, Australia’s mining sector has enjoyed strong growth that has only slowed in the last 12 months.

He’s expecting his time at Ardent Leisure to be a significant change.

“There is a different set of challenges,” he told iTnews.

“IT is largely the same wherever you go, but the opportunities are different in different businesses. My last role was about globalising an IT infrastructure for a global company that has operations in South America, North America, China and so on."

Ardent Leisure’s technology operations, he said, face the sorts of challenges more akin to those faced by an e-commerce company. And while it has a large business in the Americas, Ardent’s operations are predominately based in Australia.

The role at Ardent requires Young to draw on skills that he developed at Wotif.com as it attempts to transform a distinctly physical business to give it a digital edge.

“We have all these brilliant entertainment and amusement assets and it’s all about how to make them more visible,” he said. “[The challenge] is about how we do more with those assets in the digital world and attract more people into our different venues.

“People are increasingly coming to their entertainment via some sort online, social media experiences. How do you tap into that and make people of aware of it?”

The importance of these digital engagements isn’t limited to marketing, he said. Ardent is trying to find ways to augment its physical businesses so that they engage with people in digital realms.

“People walk around with their eyes glued to apps on various mobile phones these days,” he said.

“I think that’s the challenge – asking how we can reinvent these experience. How can we do things that have never been thought of, but keep the business running in its current form?”

Young has only been in the role a few weeks, so at this stage he’s groping for ways to explain what sort of digital concepts are likely to evolve. However, he says the company’s gym franchise, Good Life, could be a prime candidate for digital augmentation.

“It’s great being able to go to a gym,” he said, “but when you can’t go there, might we provide some sort of digital program so it can work with you during the times you can’t be there?”

It won’t be a simple top-down exercise. Young says digital strategies are tough on shoe leather.

“It’s surprising to me that people think digital is easy. Digital is a very deliberate strategy that takes a lot of discipline and it’s something that you do over a really long period of time.

“You don’t just transform a business. You have to get cultural lock-in from the rest of the business," he said.

“A lot of it involves working with CEOs and senior managers, trying to tease out where they could go digitally. It’s about asking them what [information assets] are not serving them well, and suggesting opportunities they might like to take up”.

While technology is increasingly informing marketing strategies, Young remains resistant to the idea that his role is increasingly falling within its definitional boundaries.

That said, he concedes the role is less technical than it once was.

“Generally speaking, the more technical part of the role in larger companies is these days done by a CTO or a similar role. The CIO is increasingly a business-facing role – it’s worrying about the things that the rest of the executive team does.

“I think CIO roles are increasingly less and less technical roles, but I wouldn’t say it’s a marketing role. I’d say it is a business role.”

Young believes many CIOs and IT managers find their careers held back because they haven’t recognised the need for the role to evolve.

Peers complain that their technology prowess isn’t as value as it used to be. The problem, he says, is that they don’t view their role within a broader business.

“You still want to be a technologist,” he says.

At Ausenco, Young’s main challenge was to mobilise the business and accommodate its heavily dispersed global operations.

His most recent strategy to meet these goals was move a greater proportion of its technology stack into Amazon’s public cloud.

He warned, however, against assuming that Ardent Leisure would face a similar fate under his tenure.

“There has always been a constant tension between outsourcing and insourcing and the correct answer is that there is no one right way."

His best advice is that any services that are “truly a commodity” should be outsourced into a commodity service like the cloud.

“And if they’re strategic and they add tactical value to your business, keep them very close to you,” he says.

That moved the conversation to whether he’s comfortable with the notion that cloud services may eventually prove that everything that defines a business can be reduced to a replicable commodity.

“The way I would look at it is like this: the way that you put those commoditised items together is how you deliver value for your business. That’s where the real value is these days."

In any case, he’s ready for the worst case scenario whenever he chooses to outsource.

“When I go into these things, I go into it in an abstracted framework [so] that I have the choice to pull out all of my infrastructure and put it into another cloud provider. You want to know that if the relationship goes south with that vendor you can move somewhere else”.

As for his team, Young expects there will still be demand for positions in enterprise architecture, project and program management and sourcing/vendor management for the foreseeable future.