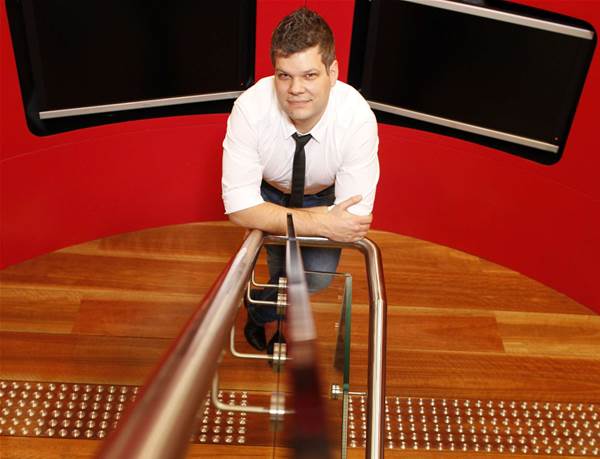 STW Group's Tom Ceglarek faces a digital conundrum: he must feed his client's demand for performance insights while his industry is being undermined by data analysis.

One of the great hidden threats of big data is uncovering something you - or your business - doesn’t want to know.

Once these insights escape, it's almost impossible to get that rabbit back into its hat.

It’s a story the advertising industry knows all too well.

Many years ago it was hit from both sides by online campaigning and new electronic measurement of click conversions, which showed that people aren’t actually paying all that much attention to what marketers put in front of them online.

Some surveys suggest that average click-through rates on online ads in some industries are as low as 0.03 percent, with even the very highest-converting industry - telecommunications - still only laying claim to clicks from less than one percent of all viewers.

One of Australia’s largest marketing conglomerates, the ASX 200-ranked STW Group, is still struggling to overcome the devastation this shift wreaked on its market, as are most of its industry peers.

STW is home to 86 different companies across marketing, digital and consultancy, including Ogilvy, Howorth, JWT, The White Agency and Tribe.

As a whole, the group's 2014 performance was disappointing, with profits down 7.8 percent as clients dropped their expenditure on old media formats like TV, newspapers and magazines to match slipping audience numbers.

It's a familiar challenge to STW’s CIO Tom Ceglarek, who has spent more than ten years working in the technology wings of Australian marketing firms, and has watched these online shifts manifest themselves into a radical transformation to the very art of advertising.

He says the number one impact of the never-ending demand for quantitative measurement of advertising success - ‘attribution’, in advertiser speak - is cutting margins.

The next biggest impact has been the demise of large scale (and expensive) brand awareness campaigns.

“More and more we are seeing tactical, niche activities which have a pre-determined outcome, not just general brand building,” he told iTnews.

“I’m not sure these campaigns are more effective, but they are definitely more measurable.

“Our clients need to be able to demonstrate results. Everything is a lot more exact these days and there has to be a business case for every dollar spent.

“A big brand ad is nice to have, but you can’t really measure it - there are just too many factors at play.”

But the data drive is not something STW and Ceglarek can turn their backs on now, even if they wanted to. The catch-22 facing the industry is that companies like STW must continue to chase those increasingly granular insights no matter what uncomfortable truths they uncover.

At STW, the data push formally kicked off in 2013 with a directive from the executive levels of the company and increased training in the use of data analytics for 1600 staff.

Subsequently, STW mandated that all 86 (and growing) companies under its umbrella must offer some sort of data service to clients.

“It was triggered by the increasing number of client conversations that were happening,” Ceglarek recalls.

“Once upon time it was okay to say ‘we’ve had three editorial mentions so that is worth nine normal ads’. That approach doesn’t work anymore. Our clients want hard data.”

STW also corrals numerous other data streams tracking consumer behaviour drawn from a range of sources, and hopes to convince clients to share their own databases in the future in pursuit of a better-designed marketing product.

The group operates its own, spun-out data arm called STW data hub, and at least one of its companies boasts that ten percent of its workforce are data scientists.

It is up to Ceglarek and his team of 11 to build and operate the engine for this expanding data enterprise.

“The breadth and scale of reports we are producing now demands some really high performance tin,” Ceglarek explained.

He is building a series of all-flash arrays linked to high performance compute, alongside STW’s existing infrastructure in an on-site data centre located within its St Leonards offices.

He says he has “done the numbers” and it makes financial sense for the company to build out its own infrastructure rather than crunch its numbers in the cloud, largely because it can leverage off the data centre facilities it already has.

The scale of demand across all STW businesses, including the data hub, also warrants an on-premise solution, according to Ceglarek.

“We need a low-latency, constant feed,” he said. “We have looked at the cost of doing this in the cloud and it actually ends up being cheaper for us to do it ourselves because we already have an amazing data centre here in the building."

The new data engine, however, will be separated out and individually secured from the NetApp-based hardware already in use.

“This way there is no problem with data sovereignty,” he adds. “We have some financial services clients with sensitive information so it helps to be able to keep all of that in house.”

Ceglarek acknowledges he’s only ruled out the cloud for the time being.

“I’m sure there will be a point when the cloud will be more economical, but we’re not there yet.”

Already, the investment promises to reap some serious dividends for the company.

“We have already done some proofs of concept where the new infrastructure has brought reports that used to take eight hours to generate down to 30 minutes. That sort of productivity gain is huge for us.”

Mind your own business

Ceglarek certainly lives his mantra that CIOs shouldn’t live in ivory towers - he makes a point of spending 3-4 hours every week manning the helpdesk so he doesn’t lose contact with the “coalface” of the business.

“Sometimes business groups can’t see the forest for the trees,” he says.

“I think it is important to retain this daily connection, because if you’re far away from what is happening how do you know if your decisions are going to be right for the people who are doing the heavy lifting?”

The strategy helped him to intervene in some interstate whiteboard communications before it was too late.

“We have a training consultancy based in our Sydney office,” he recalled.

“For the longest time they were doing their scheduling on a series of whiteboards in the office. Then they added a Melbourne team, who couldn’t see the whiteboards, so they asked us if they could get a webcam to broadcast these whiteboards to the guys down there!”

Instead, Ceglarek delivered the team a web-based scheduling system that they can now access and add to from their phones, their home PCs and their work PCs.

“Their productivity has gone through the roof as a result,” he said.

Ceglarek also believes in an economy of “little favours” that makes the business trust the IT department and keeps them sharing their productivity conundrums.

“Our helpdesk gets calls from people with spiders in their cars, asking us to come and get rid of them. I think it is good that we are trusted to that level,” he laughs.

In some ways, Ceglarek rues the changes to his industry, and what has been lost as a result.

“With the capability of technology evolving so fast there is demand to get everything done - now. I’m concerned that people compromise on quality just to get things done on time.”

While he is busy building STW’s data capabilities, he remains philosophical about the ‘unknowable unknowns’ of human behaviour.

“Even simple clicks do not always necessarily represent real views," he says.

“When people talk about conversion rates of something like 0.03 percent being really good - I tend to think a lot of those people clicked on the ad by mistake.

“I’m concerned that all big data is going to reveal is that none of this is very effective. Or its effective in ways that are very hard to measure - because at the end of the day we are human beings and not deterministic systems."

But until humans start behaving predictably, or the data becomes so sophisticated it can understand our every move, Ceglarek and his team will keep paddling with the tide and feeding their customers demand for ever increasing insight.