Culture: the one thing a bank can't buy 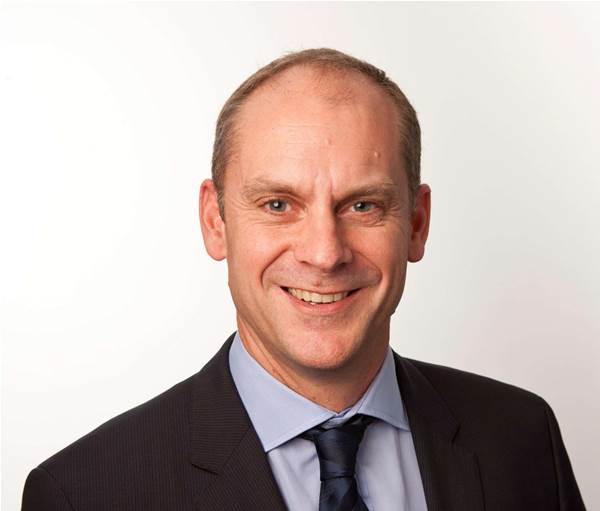 Making the most of the digital opportunity requires companies to fundamentally disrupt the way they work.

What are the first steps a business leader needs to take to steer an organisation towards agile practices?

That’s a question we’ve asked dozens of executives as part of the CXO Challenge - and a question Matt Pancino has had plenty of practice at answering.

In June, Pancino was promoted from Suncorp CIO to CEO of Suncorp Business Services, the division that offers technology, HR and other shared services to the organisation’s numerous insurance and financial services brands.

Pancino arrived at Suncorp halfway through a seven-year agile transformation led by his predecessor Jeff Smith.

What started as a project to change the way the technology function delivered value had gathered such momentum that Suncorp applied it more broadly across the organisation, to the point where the company has written its own curriculum on the subject to help introduce graduates and other new staff to this peculiar mode of work.

Agile is viewed by the likes of Pancino, REA Group’s Nigel Dalton and Australia Post’s Andrew Walduck as one organisational response to how to counter digital disruption - if not embrace it.

“While disruption can have negative implications for those organisations that are large, complacent and slow to move, for those who can embrace new ways of solving customer problems with speed, agility and scale, digital disruption should represent an equal amount of opportunity,” Pancino said.

The difference between those that disrupt or are disrupted is “simply a question of culture,” he said.

“Over the long term, I think about the culture as a key differentiator for any organisation.

“At Suncorp, we have developed an ability to explore new ideas at low frictional cost, and a willingness to fail fast. That helps us to discover new sources of value without destroying our existing revenues.”

As an early adopter of agile, Pancino says he is often asked where to start on the cultural journey.

“The number one thing is to create the environment through your leaders,” he said.

“Number two is to be constantly thinking about how to replenish talent in the organisation, and we have been very passionate for a long period of time for our graduate program.

“And three - be very open minded about partnering.”

Suncorp chooses to work with technology partners that are “best in class in their domain,” he said, rather than simply to lower its costs.

“We use partnering to enhance and diversify our thinking, rather than as a cost saving measure.”

Suncorp, like several of Australia’s large banks, rotates its leaders across the business so lessons each of them learn can be applied broadly.

Pancino said where Suncorp excels is that leaders are asked to solve “real problems” rather than those steeped in bureaucracy.

The organisation also pursues a leadership structure that isn’t obsessed with hierarchy, he said. In both his current position and former role as CIO, it was not expected that he alone would be responsible for steering the organisation’s technology strategy.

As a financial services organisation, Suncorp has to be “very aware" of what disruptive technologies might mean for the organisation, he said. That might mean keeping an eye on the impact of safer and smarter cars on general insurance, the impact of disruptive payment startups on the banking business, or what effect the augmenting of the most basic human senses using wearable technologies might have on life insurance.

But it can’t be expected that a chief information or digital officer is going to recognise every opportunity disruptive innovation presents, he said.

“On an individual level, it's very hard to stay on top of all of that,” he said. “Suncorp is not a hierarchical organisation where it is one person’s job to deal with it. We have built a leadership system where people are encouraged to always be on the look out or exploring what technologies could impact our industry.”

So what, then, is the role of a technology leader?

“Leaders of the future must be incredibly curious,” he said. “They must use their peripheral vision to always know what best looks like, no matter what industry best has come from.

“And they must recognise that we can’t do things the same way - we have to set a high bar in terms of finding new ways of delivering value to customers.”

Suncorp’s pioneering success with agile has one small drawback - other banks new to agile are now circling its staff, looking to make some hires to infuse the discipline into their own operations.

Pancino said this only serves to prove how “misunderstood” agile is in corporate Australia.

“Agile is not a binary state,” he said. “It is a maturity curve. We went through Agile 101 into continuous integration, test-driven development, continuous delivery and into DevOps. Its now in our DNA. [But] every different team at Suncorp is at a different level of maturity.”

To illustrate, Pancino noted that the company applied agile to its Building Blocks program - an overhaul of its major insurance claims system, and managed to move the speed at which it could make changes to production systems from once a quarter down to every six weeks.

Over time, it has refined that process so it could make changes once a month and, later, once a week. Today the bank can push out changes on a daily basis.

“We are applying it in areas others say you can’t apply agile practices,” Pancino said.

“We now have a fully automated test environment and deploy on a weekly basis to our mainframe platform. And moving forward, we want to build a continuous delivery platform for our core banking overhaul. We want to break down a big problem into small pieces."

Building an agile culture is not something you can buy, Pancino says. It's something you need to grow through graduate programs and on-the-job training, and via collaboration with "best in class" business partners.

“We see organisations try to buy in these skill sets,” he said. “This is something we are not going to participate in. While we are operating in a competitive environment - and we can’t keep everybody we hire - we have to maintain our focus on simply creating a great place to work.”

That involves removing hierarchy and bureaucracy, he said, and ensuring all teams are working towards common goals.

Pancino said the bank is always looking at “smarter ways of working that encourage innovation and collaboration”.

“We are building an adaptive culture that is open to experimentation.”

He cites several initiatives that aim to retain talent - he company’s techies and product staff participate in regular ‘FedEx’ hackathons to seed innovative thinking and to encourage staff to submit their best ideas to Suncorp. The organisation also sponsors local development forums and other initiatives that “reinforce and support that culture".

The bank uses technology to help its workforce be “more flexible, connected and efficient”, whether that be via remote work conducted over the network using virtual desktops, the use of instant messaging and video conferencing to connect disparate teams, or via the buildout of distributed hubs to decentralise the workforce and provide work opportunities for part-time workers such as mothers.

These distributed hubs are located in suburban areas - sometimes near shopping centres - which remote call centre staff can use for daily work or for team meetings. Pancino said the hubs “create a sense of team” for remote workers while also aiding the organisation’s compliance efforts.

Data as a differentiator

Under Pancino, Suncorp’s technology projects will run across three broad themes - a commitment to turning its vast data sets into actionable insights, an effort to get out of the business of IT infrastructure using cloud, and the overhaul of the core banking system at Suncorp Bank.

As previously reported in iTnews, Suncorp is rounding up some 800+ data analysts from across its insurance and banking businesses to form a shared centre of excellence around data analytics, and is consolidating some 12 data warehouses down to one.

The insurer aspires to being able to target its offers to customers at key moments in their life.

While Pancino argues that Suncorp’s key differentiator is a “highly engaged workforce that enjoys working for Suncorp,” he acknowledges that the organisation’s scale doesn’t hurt - it boasts nine million customers, which represents 42 percent of the Australian population.

“That gives us enormous information to draw on,” he said, adding that data will “play a pivotal role” in the organisation’s future. Better use of data analytics will provide an opportunity to “treat nine million customers as individuals” and - using test-and-learn approach - a better understanding of “how customers want to interact us in their daily lives".

When asked how close the industry was to being able to use the data held about customers to make personalised offers in real-time as they transact online or in mobile apps, Pancino said the amount of money spent by the industry on such an approach in the past 30 years meant it must be close.

“I’ve never seen so much disruption as now -  the limitations we faced around compute power and storage are now removed from us thanks to public cloud.

“There has never been a better team to be part of this space because we are seeing tectonic shifts in terms of removing those limitations," he said.

“That’s not to say every organisation will succeed in this space - the ones that will need to have the appropriate culture in place - a way of working in order to respond to real-time feedback.”

That means hiring technology staff with strong digital skill sets and the ability to gain insight from data.

“We need people with what we call T-shaped skills - they need not only depth of expertise in terms of their technical skills, but also that peripheral vision to apply knowledge and experience to solve problems in other parts of the business," he said.

“We see talent as the way we’ll succeed.”