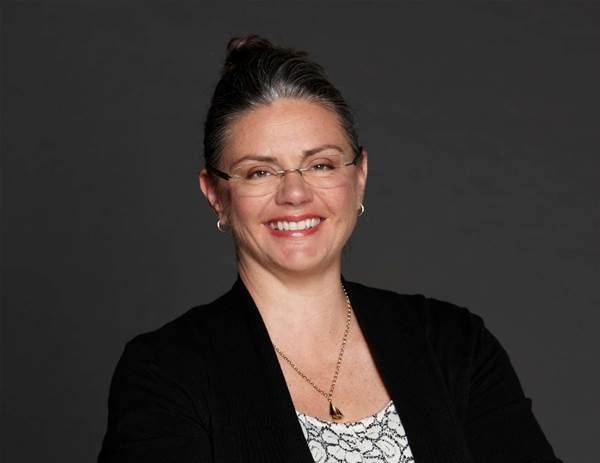 Nell Payne inhabits the “brave new world of blue strings and networking”. Just don't ask her to put a TV screen on your microwave.

Just ten years ago, anyone wanting to get into the broadcasting business needed a slice of spectrum, specialised technology, skills - not to mention approval from the communications watchdog ACMA.

Payne – who can still split a coax cable and put a termination on it with the best of them – says the default communications layer for companies such as Foxtel is now IP (internet protocol) based.

This means IT systems are catching up with broadcast systems. And if a channel isn't an instant path to audience share anymore, content and service delivery become king.

Foxtel was born in 1995 through a a joint venture between News Corp’s Fox and Telstra. It later merged with Austar in 2012.

Competition in the space is fierce. Mere days after launching in Australia in late March, Netflix already accounted for 15 percent of traffic for just one of its ISP partners, iiNet.

While Foxtel will likely benefit from the Government’s planned introduction of the goods and services tax on all digital content, which is expected to help level the playing field for local providers against international rivals, it has a battle on its hands.

Not that Foxtel was waiting for a leg-up.

In 2014 the pay TV network lowered its prices in preparation for the competitive onslaught expected from the arrival of a local version of Netflix.

The move paid off and by the end of December Foxtel had 2.6 million subscribers on its books, with some media analysts predicting that number could rise to 3 million by 2017.

It also recently announced a no-contract, no lock-in service to woo even more customers.

No room for downtime

It’s Payne’s job to make sure Foxtel's systems are in proper working order.

Payne has a technical background and a degree in electronics and electrical engineering. Given her current broad role it’s a useful foundation.

These are the systems that allow Foxtel to compete in a sector where disruption is rife and the challenge to protect intellectual property continues apace thanks not only to peer to peer filesharing, but the advent of streaming video services such as Periscope and Meerkat.

Payne however says she thrives on acute competition.

“Nothing makes you fitter and stronger than competition.

“I think it's a really fun time for Foxtel. There are a couple of products that speak to our approach - principally the iQ3 which blends IP delivery, broadcast delivery, vod (video on demand) and a screened or linear service in one user front end," she says.

“The reason we think products like iQ3 differentiate us and identify our bench depth in this new environment is that customers buy and engage with and love content. I always joke that customers would watch Foxtel on a microwave if we could make it happen.

"Please don't print that or someone's going to come trotting downstairs and say ‘why can't it work on a microwave?’," she laughs.

Payne acknowledges that customers don’t care about what’s under the hood – they just want seamless, smooth access to content.

The company faced a bit of a hiccup when the iQ3 first launched over performance issues, though the cacophony of complaints has now hushed.

Building infrastructure for the future

The iQ3 system is just one pointer to the constant round of innovation at Foxtel, according to Payne.

Innovation and transformation of the organisation’s information systems is also continuing under the watchful eye of David Marks, Foxtel’s director of information services.

Those systems are being constantly fine-tuned to meet customer expectations.

“We need to make sure that the infrastructure and systems underneath will support that changing device market," Payne says.

"So ten years ago, five years ago, no one would anticipate that everyone would have an iPad, iPhone, iEverything. In five to ten years’ time we are not going to know what devices are going to be in the ascendancy.

“The trick is to build infrastructure that is flexible and can support the changing customer desire and need. To make sure that we rigorously review and adopt standards where they are appropriate and a proprietary approach where appropriate.”

Having access to more, high quality data will also improve customer service offerings, according to Marks.

Since 2011 Foxtel has been on a journey to bring all its customer data and the technology stack back in-house to better manage online advertising and customer targeting, and Marks expects the insights delivered will be immensely valuable to the company in the future.

Whatever isn't spent on keeping the lights on can be re-diverted back into the content that will build Foxtel's subscriber base.

The company already uses the cloud-based ServiceNow to handle call centre case management, outsources the overnight batch processing of its billing system (Comverse’s Kenan), and currently has a series of request for tenders in the market for other new solutions.

As far as nurturing an innovation culture is concerned, Payne is inspired by the way Commonwealth Bank stood up its online trading division.

Once the business was up and running with a decent cashflow “they integrated it back into the mother ship and made it rugged and a force to be reckoned with and that's something that Foxtel has embrace," Payne says.

“So when we launched the Go platform for the Olympics in 2012, we stood up a little specialist team to get the application stood up, integrated and tested, and as soon as we had volume and customer buy in we then reverse integrated into the mothership," she told iTnews.

“We have a blended approach. Maintain governance through the big end of town processes and spin up work groups to achieve these often testing functions - because you often don't know if it's going to work until you've built them so we have these little hot house environments where we test things up and let them go."