Change is the only constant at iiNet 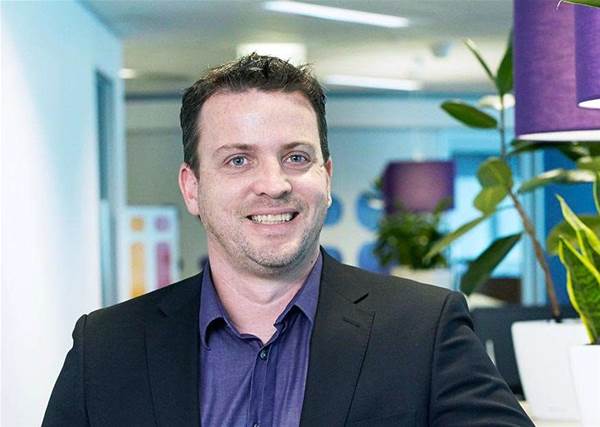 iiNet's Matthew Toohey is trialling IBM's Watson - between preparing for an acquisition and making sure Netflix doesn't swamp the network.

Founded in a suburban Perth garage by Michael Malone in 1993, iiNet is currently Australia's second largest ISP. It has around a million customers using 1.8 million services.

Supercharged by a series of takeovers which have resulted in significant consolidation across the telecommunications sector, in the six months to the end of December the company reported record revenues up 11 percent to $547 million and after-tax profit of $32 million.

But that growth and user demand has led to technical challenges.

The latest and greatest challenge is Netflix, which iiNet CIO Matt Toohey says is the "the most disruptive thing I've seen in the last 18 months” in the telco sector.

The rollout of video streaming service Netflix in Australia has led to unprecedented, and unforeseen strain on the iiNet network.

A deal between the companies means that Netflix access goes unmetered on the iiNet network. Within a month of launch, Netflix traffic accounted for a quarter of all traffic flowing across iiNet's network.

“The utilisation of our network has suddenly increased dramatically - more so than we actually expected  - and I dare say every other ISP will be experiencing the same thing,” Toohey told iTnews.

"In the US when Netflix launched they saw a cannibalisation of traffic - people were using Netflix instead of using things like YouTube for video. The entire network traffic didn't increase dramatically - whereas in Australia we saw no substitution - YouTube traffic remained pretty static and Netflix jumped on top of that and scaled up rapidly.

"The total utilisation increased dramatically and disproportionately to what was seen in the US."

Dealing with that challenge largely fell to iiNet's chief technology officer Mark Dioguardi and his team, who Toohey says worked round the clock to meet demand.

Toohey and Dioguardi carve up iiNet technology so that he owns everything behind the firewall, Dioguardi everything in front of it.

The only real impact Toohey’s side felt from the Netflix disruption was the spike of demand in iiNet's call centres, which were suddenly inundated.

That isn’t to say it is plain sailing on Toohey’s side of the table.

March this year saw a battle kick off between TPG and M2 Communications to buy up the Perth-based telco.

Neither suitor has yet lifted the hood on iiNet's information systems, despite having lobbed bids worth $1.5 billion or more for the company. When they do perform their IT due diligence they will find well over 350 different systems running the joint.

Asked if he ever feels like he is juggling spinning plates, Toohey says that it's the second time in a week he's been asked that question.

"We have had extremely successful growth by acquisition over the last few years. With that comes information systems and platforms that need to be maintained to service various products and platforms," he says.

"When we buy an organisation that has a capability, a system, a process, a product, we retrofit that into the iiNet core, we don't waste it or throw it away. For example, we are implementing products that we acquired after the AAPT acquisition a few years ago, and some core systems derived from the WestNet acquisition."

Many of the systems Toohey is now wrangling are also home-grown. Toohey says there wasn't always commercial or open sourced systems available to support ISPs in the early days, forcing organisations to develop their own applications.

So today, although iiNet uses Salesforce in some areas, its primary CRM is home-grown, as is the main ticketing system - although it uses Remedy to support corporate and government clients.

The default position today, however, is buy rather than build, and Toohey has a consolidation roadmap. But he acknowledges there is a long way to go with more than 350 separate systems currently in use.

"It is suboptimal and if I had the opportunity to start again I wouldn't do it this way."

But Toohey hasn't, in the decade he's been with iiNet, been able to slow the growth juggernaut in order to buy himself the breathing space to overhaul its computing platform.

"When I started there were about 400 employees, we are now sitting at somewhere in the vicinity of 3000. We are doubling in terms of customers, revenues, staff every two and a half years - it's been one hell of a ride."

That has meant Toohey has had to make sure that the information systems the business needs to run day-by-day - and most importantly to support its trademark customer service -  are unimpeded. Consolidation has taken a back seat.

"We have a continual program of consolidation and a prioritised list of integration strategies and are systematically working through that to reduce what we call our technical debt. To reduce complexity, aim for simplicity."

"I don't want to make it sound like it is a mess, there is discipline there. Right now, we are well into several significant consolidation programs."

The question is, will Toohey himself be allowed to complete them?

Toohey and his team of 200 are likely to have new masters in the not too distant future. iiNet's board has already telegraphed its support for the sweetened $1.5 billion takeover offer from TPG.

"I could say c'est la vie. Whatever happens - there is a significant program of work,” he said.

“My staff are dedicated, motivated, keen; they enjoy the work and the environment.

"I'm not seeing much concern among the team, everyone is rocking up to work with a smile on their face still. Also, a significant part of the team here have come in via an acquisition anyway - they've experienced it before - at least 50 percent of them."

Watson on the support line

Acquisition talk is not preventing Toohey from keeping one eye on what distinguishes iiNet from the market either.

Customer service has always been a priority for the company, and hence the information systems that support that are too.

Toohey says employees are paid and offered incentives based on customer satisfaction and service.

"I think information systems are the key driver and key differentiator of customer service," he said, explaining that the company's virtualised contact centre - using the Genesys platform - supports people working in a follow the sun arc from Auckland, across Australia and onto South Africa.

That means that customers can be routed to the most appropriate staff member regardless of location or time, to deal with the two million plus interactions that arise each month.

Toohey has also deployed Wikis, and staff are encouraged to use Lync to share insights and information in order to solve customer issues as effectively as possible.

iiNet has invested significantly in pulling together its data assets so that they can be used to provide added value to the customer service team.

Although Toohey’s team has "played around with Hadoop" it is currently instead leveraging its IBM stack, consisting of DB2 through to Cognos and IBM's predictive analytics tool SPSS, to make sense of its data.

He is now exploring how it might be possible to deploy solutions such as IBM's Watson to support call centre staff, or allow customer self -service through the website.

While this is “very much a pilot” it demonstrates that despite all the takeover talk Toohey is still heavily invested in shaping the information systems for iiNet’s future - whatever that might be.

As to his own future?