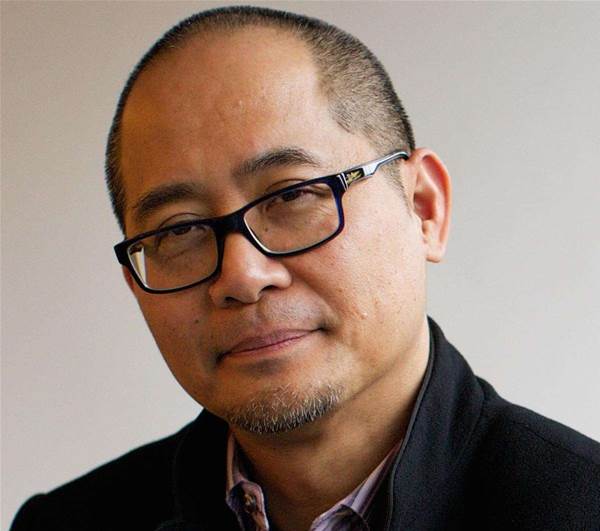 Don't panic about digital disruption, says Fairfax CIO Andrew Lam-Po-Tang: just be sure the gun is loaded and ready to fire.

Andrew Lam-Po-Tang's role at Fairfax Media is in many respects a model for what a future technology leader might look like.

He wears three hats at Fairfax Media, as chief information officer, chief technology officer and director of group services - roles broad enough to recognise technology as a critical foundation of the business’ future.

Lam-Po-Tang’s overriding strength is as a calculated and articulate business strategist. A former gun for hire at the Boston Consulting Group, Lam-Po-Tang exudes confidence on any issue and is skillfully adept at articulating his vision for what is undeniably among the most disrupted industries in Australia.

The former consultant was hired amidst major structural change at the newspaper group.

“The observations I had made to the CEO and others at that time was that as the company transformed this group of businesses into a much leaner, tighter operating portfolio, IT could no longer operate on a siloed basis and would become increasingly important as a shared service,” he recalls.

Lam-Po-Tang suggested a structure under which the IT department that served staff and the ‘digital’ teams building customer-facing products should be embedded together within the same reporting lines.

He anticipates that the line demarcating “information technology” from “digital” will erode over time. That’s a theory that analyst firm Gartner came to espouse more recently - a trend the group expects to come into play after four or five years of friction between the two camps.

“Superficially, one might be forgiven for [considering] digital initiatives as different to enterprise IT and infrastructure,” says Lam-Po-Tang.

“But if you scratch the service and get to the guts of the technology stacks in question, they are not so different. Actually - and especially at platform level - the technologies converge over time.”

He uses Amazon Web Services as an example in practice. AWS was originally proposed as a new web hosting option for digital businesses, targeted at the CTO.

Over time, AWS has added depth to its features and signed agreements with many of the world’s largest applications vendors, such that a CIO might rent ERP or CRM software by the hour just as readily as they might host a website.

“The more profound shift into cloud may have started with digital consumer offerings, but is now rapidly permeating every single aspect of IT,” he said. “As you burrow into the stacks, the two portfolios end up using the same technology and the same methodologies.

“So to avoid any internal competition for resources, or any wasteful fighting, [it makes sense to] manage the digital and IT portfolios as one.”

At other organisations, like Telstra or Vodafone, IT and digital have been split out as separate operating units.

This has largely eventuated because the requirement for rapid change in customer-facing systems (‘digital’ web sites and apps) isn’t necessarily as urgent in traditional systems of record (IT).

The two groups also tend to report into different stakeholders within the business - with IT as a service provider to corporate services functions, and ‘digital’ serving sales and marketing functions exclusively.

Lam-Po-Tang believes those barriers will break down over time as digital and IT borrow the best attributes from each other.

IT shouldn’t see the consumerisation of technology through the lens of an “uncontrolled democratisation”, he said, but simply as a new benchmark for the “perfectly reasonable expectations” users now have of technology services.

“The right response is to take the digital experience and say, why can't the rest of my portfolio behave like this? While that doesn't take away any of the conflict and the tension between the two, at least you are having arguments for the right reasons.

“All of those things we accept as standard as consumers -  I would argue that it is hard evidence that there is a better way to get things done. How do we make SAP stick the way your favorite applications do? How can it behave more like Uber, more like Facebook or YouTube on iOS?

“Even if that’s not entirely possible, at least you don't need to imagine the target state any more. You can fire up your phone and see that it is a much better experience.”

While enthusiastic about the consumerisation of IT, the pragmatic Lam-Po-Tang isn’t a digital-first “tree hugger” type. He doesn’t want to build sites because they are pretty, or because people feel good about them. He is fundamentally interested in what behaviour those aesthetics drive in the user - and more crucially, whether that will drive revenue for the publisher.

“When people feel good about a service, they tend to self manage,” he said. “They complete their transactions efficiently. They don't waste their time, or anybody else's time. And from a business perspective, that's cost effective.”

By Australian standards, Fairfax has been an aggressive adopter of cloud services in an effort to drive a more flexible and adaptive business.

The media company was among the first in Australia to go “all-Google” for desktop productivity tools in 2012.

Fairfax is now rolling out the CQ5 content management system as its base platform for digital and mobile-first publishing - investing to the point that it has become Adobe’s largest global customer. It’s the company’s intention to use CQ5 as “the primary authoring platform across all Fairfax properties”, he said.

The new CMS will be hosted in the Amazon Web Services public cloud.

For Lam-Po-Tang, being ‘cloud first’ is all about speeding up the company’s reaction time to digital disruption in the media landscape. He is working to create a more flexible and adaptable workforce, and is using the cloud model to negotiate more flexible licensing terms.

Achieving this flexibility has also required an investment in the tools and personnel to drive a “test and learn” culture.

Digital products are built first as a “minimum viable product”, tested against audiences, and always developed “under the assumption that the product owner team will expect to be able to continue to innovate, because users will expect them to".

The only exception is when the company develops something that from a business process and output level is expected to have a life beyond two to three years, which Fairfax defines as a “platform”.

Even then, he said, the strategy is to not over-engineer them, “because technology advances at such a rapid rate that your best possible solution in August 2014 will almost certainly be superseded by December 2015".

“The smart thing to do is to limit the extent of your solution, and to say: This is good enough for at least a year.”

Investments in these platforms have to be made with half an eye on the disruptive models that continue to nibble away at the edges of Australia’s media empires.

One of the most pressing trends at present, he notes, is the use of social technologies not just as a means of promoting quality content to new audiences but as a basis for creating media content cheaply.

“You have to acknowledge the success of Facebook, of Buzzfeed or of the Huffington Post, for better or for worse,” he said. “Regardless of how you might view what they have done to so-called quality of journalism, you cannot deny their readership, reach and engagement.”

But the CIO is also careful not to throw too many resources into responding to what he calls “social experiments” that - while they might generate many millions of users - have no viable business model.

A genuine media player - and thus a genuine threat - marries the fourth estate responsibility - to ‘keep the bastards honest’ with a commercial opportunity,” he said.

“The fact that some social experiments have an audience and content is a bit misleading. It does not mean they are media businesses, because what they don't have is a profit motive.

Lam-Po-Tang is well schooled in business theory, and like REA Group CIO Nigel Dalton, notes some value in the ‘Alchemy of Growth’ theory conjured up by McKinsey and Co - which suggests business leaders need to pay greater heed to disruptive forces brewing two to five years away [horizon three] rather than the operational challenges of today.

“The trap with too much focus on horizon three opportunities is thinking you need to start building now for issues you might hit in a few years,” he said. “In the past, that was true to an extent, because big projects took three years to stand up.

“What we know today is that with agile methodologies - not just at a technology level but at a total product level - allow you to build and drop a product quickly. You can test and learn, test and learn, and you can be in market in well and truly under a year.

“That changes the urgency with which you physically need to do stuff about horizon three. It gives you much more of a watching brief on what you think is in horizon three, because the reality is that the best you're ever going to do this far out is guess what will be important in two or three years time."

In Lam-Po-Tang's mind, the right strategy for countering digital disruption is simply to reduce the reaction time of his teams - something he is able to achieve through the use of agile and DevOps.

“The faster we can get at delivering from ideation through to in market proposition, the more we can de-risk business ideas," he said.

"We can limit the amount of upfront investment we need to make before we can test the commercial value of an idea. It dramatically reduces the lead time on investments we might need to make to capture emerging opportunities.

"Part of my response to the uncertainties of 18 months away and beyond is to get my reaction time down to six months or less. If you say to me there is a tidal wave two years away, I want my rational response to be that in 18 months time, I will pull the trigger.

“I’d rather be set up to do that than being forced into the position of needing to pull the trigger on some significant investments now, on the basis that I otherwise won't be ready in two years time.”