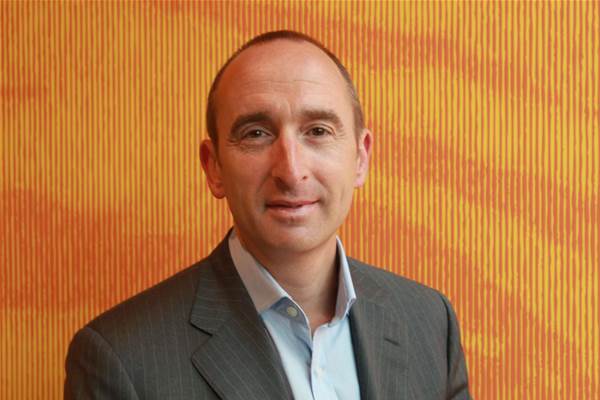 The time is nigh to start building a workplace culture that a Google or a Facebook would envy, says Bankwest CIO Andy Weir.

What is it that is unique to traditional banks, which at their core are simply technology companies wheeling and dealing in credit, that can’t be replicated online?

That’s the key question digital leaders from Australia’s major banks will be asking themselves over the next three to five years, as new models emerge from surprising corners of the industry.

Whether it’s Google or Amazon in payments, peer-to-peer players like Lending One and Society One in credit, or some other as yet unforeseen challenge, most agree that the industry is ripe for disruption.

Other industries, such as media and telecommunications, serve to remind us that neither scale nor the protection of regulators can shake a truly disruptive innovation.

If such a scenario were to emerge in financial services, an organisation can only rely on its own culture to remain relevant to customers, says Bankwest CIO Andy Weir.

Weir has enjoyed eight years in Perth with Bankwest after moving to Western Australia from a role at Halifax Bank in the UK. Half of that time has been spent in change management, the other as CIO.

And while Weir has built a small technology team that - at least on the digital front - punches well above its weight, as a former change manager he is most proud of the culture of the organisation.

“It is a little too simple to look at digital disruption and think of it only in terms of technology enabling the change. I genuinely think business leaders can disrupt from the inside, and it all comes back to organisational culture," he says.

“It is hard to quantify the numerous small things that come together to form a company’s culture, but crucially, it is the one thing that can’t be reinvented overnight."

While it is a fully-owned subsidiary of the Commonwealth Bank, Bankwest has strived to retain its own culture and affinity with customers.

Weir believes a culture that is sustaining and meaningful can't be developed through a set of rules and expectations delivered from on high in the boardroom. Leaders should provide a strategic vision; they can invest in resources to set staff on a journey, but the culture will ultimately only be decided by the broader staff.

Like most well-structured organisations, Bankwest has a vision statement for its business. That vision statement says nothing that would surprise a customer familiar with the bank’s messaging - but how it was written says a lot.

“In order to genuinely harmonise the company’s organisational values, the executive realised that values are only lived out by a company when determined bottom up,” Weir says.

“So Bankwest’s mission statement wasn’t designed by consultants or the executive. It was designed, built, socialised and refined by the staff.

“Executives can go off-site for two days and mull over what the company means - but does that statement cut to the heart and soul of the organisation?”

While it is never far from his mind, Weir isn’t in a panic about digital disruption.

“I genuinely think its impact on financial services is not as close as some people think,” he said.

But even if it takes three to five years for disruptive innovators to steal any significant market share from the incumbents, Weir believes the time is right to consider why these disruptors are winning customers and learn from them.

“Digital organisations are raising the bar,” he said. “The experience you get from digital companies - an experience that is simple, easy, flexible, reliable  - is what customers will soon expect of every organisation.

"Could you imagine if you were asked to fax in details to change your name on Facebook?

“There is no doubt digital disruption is going to have a big influence on financial services - so in my book, you might as well get on with it, even if the impact is still a few years out.”

What the digital disruptors do best, he contends, is customer centricity - something every banker talks about, but few manage to refine.

“We need to take on this digital disruption mindset,” he said. "That doesn't mean replicating the business models of disruptors - but it does mean adopting their mindset and some of their processes.

"It's about thinking: how do I connect the people that create value in my organisation directly to the customer, rather than through several layers of bureaucracy and structure?”

When Weir started at Bankwest, its software developers were asked what they did for a living. Most said they cut code. Today, he said, they would answer that their job is to provide services of value to customers.

Weir sees a future where a bank's staff will be made up of individuals with multiple disciplines - each blessed with both the business nous to understand what customers want and the technical skills to deliver it.

The role of a leader is to give staff a sense of purpose and remove any bureaucracy that stands in the way of a developer’s creativity and the value it might produce for a customer.

This is a radical change on how banks have operated for decades. Weir concedes that not all the staff will appreciate that vision - there is no shortage of technologists in Australia that would prefer to focus on domain expertise.

Some staff may choose to “self-select out” on that basis, Weir said, but that’s ok.

“Others will be attracted to working for you on the very basis of the culture you are trying to build," he said.

Digital disruptors also differ from banks in that the latter tends to assume that they are experts on what the customer wants, without backing that decision with data. They are often spectacularly wrong.

“But at the same time, the organisation must recognise that customers don’t always know what they want,” he said.

Product managers and developers regularly push live new features they expect customers would want and assess how customers respond. If it works, they build further on the feature. If it doesn’t, they ask why, and use that failure to help refine the next feature.

Over time, the aim is to refine a process whereby “you continually do more of the things customers love and less of things that turn them off," says Weir.

So while Bankwest's online banking website is built around some fundamental principles key to the brand, new features are added (and occasionally withdrawn) at regular intervals, all based on how customers respond.

Under Weir, Bankwest’s technology team has been on a four-year journey to better align its resources to customer value.

Over that time the bank has embraced several new approaches to how it works - one being the embrace of activity-based working, another being an embrace of agile methods such as continuous delivery for its world-class online services and apps.

It has also developed a strong culture of innovation via use of 'hack days', for which it now provides guidance to many other organisations.

Weir prefers “iterative, systematic change” to digital disruption over knee-jerk reactions. There is nothing sustaining, he said, about changing your operating model or your leadership structure overnight.

It is “bonkers” to expect an improved culture inside your company by creating an innovation team outside of the company, he said, or by investing in disruptive innovators without changing the way the core operates, as Westpac has.

“I fundamentally disagree with that.

“You either want to transform your business or you don’t. There is no point delaying the inevitable. In my experience of seeing organisations create offshoots, it has precisely the opposite effect.  It causes conflict, tension, and hostility between the mothership and the cell. It creates barriers and walls, not collaboration.

“The only real way to influence culture is by helping promote small, sustainable changes and gradually building on them,” he said.

“The worst thing organisations can do is sit and wait and transform when there is enough evidence disruption is happening, rather than accepting it will take a little bit of time to make the change.

“This is the time to look at your entire operational culture - not just what you do but how you do it," Weir said.

“You need to be completely open minded, because something that has been successful for your organisation for the last 15 years might not be in a digitally disrupted environment.”