Battling for top recruits in the race to disrupt 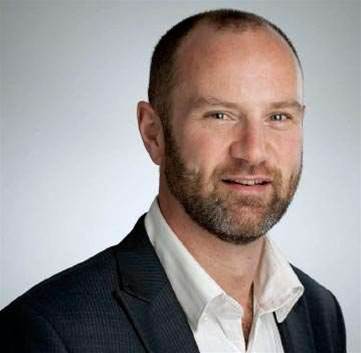 To be a good disruptor, you need good people. OzForex's challenge is finding them in a constrained market.

Australia’s supply of top technology talent has always been tight, and Sydney's rise as a fintech hub is further constricting the local market in specialist skills.

And that's not even mentioning new Sydney fintech outfits like Tyro and Stone & Chalk - along with development superstars such as Google and Atlassian – which are all looking for the best and brightest.

David Higgins, chief technology officer of Sydney-based online foreign exchange service OzForex, isn’t blind to the fierce competition he faces in attracting people to his IT team - which he plans to grow by 20 percent by the end of the year - but he remains confident.

The problem with being a disruptor, Higgins says, is that you need good people - who tend to be "quite picky" about the companies they work for.

"Of course we all want to get well paid, but they are particularly picky," he told iTnews.

"They want to work with people that are doing interesting things,  that are working with new technologies,  and are prepared to spend some time and money investigating and moving to new things if that is best for the company.”

Not only is hiring new skills is a challenge, Higgins says, it's sometimes hard just to get people to an interview.

“I've got colleagues who head up other IT departments in Sydney and they are not getting people coming to their interviews at all.”

But he still believes the size of the OzForex business will attract the types of skills he's after.

“We're not like that - we're not a big company with layers of management. You can get access to senior people quite easily and senior people are involved in things that prospective hires want to be involved with. You can come here and make a difference.

“Things like free lunches and Segways are nice - but at the end of the day you've got to sit down in front of your computer and do a job.”

The current focus at OzForex is taking the friction - and hence costs - out of retail foreign exchange.

More than $150 billion in over-the-counter foreign exchange transactions are conducted each day in Australia – the majority of them institution to institution.

But there is also a thriving retail foreign exchange market.

This market has traditionally been dominated by the major banks, but is increasingly being challenged by online foreign exchange providers – including locals such as OzForex and Pepperstone - and remittance services, along with emerging peer-to-peer payment services sometimes harnessing virtual currencies to facilitate international financial exchanges.

OzForex was launched in 1998, and has grown into a substantial online retail foreign exchange service provider with operations in Australia, the UK, Canada, the US, Hong Kong and New Zealand. Last year it handled 581,000 foreign exchange transactions worth $13.6 billion.

While some Australian banks maintain that the regulatory environment for online foreign exchange operations is less rigorous than the one they face, OzForex and its ilk are subject to regulations regarding money laundering and know-your-customer rules in each of the jurisdictions where they operate.

Licensed by ASIC in Australia, the listed company also has to adhere to different licence conditions in each of the six continents it operates in – and a patchwork quilt of US state rules.

Besides dealing with constant regulatory reform, OzForex is witnessing the rise of new categories of disruptor such as Ripple, recently established in Australia, which can be used to establish straight-through, real-time settlement systems for businesses using a virtual currency called Ripples, or XRP.

Other virtual currencies are also a potential disruptor for OzForex and co, essentially doing away with the middle man by establishing peer to peer payments.

He’s also aware that although OzForex is considered a disruptor, it can still be disrupted.

“If you have been in the industry for anyperiod of time, then you can be disrupted. We were a disruptor but we are not a new business. We set up in 98 and have been dealing since about the year 2000.”

But he believes the architectural flexibility built into OzForex’s information systems will allow it to rapidly respond to this disruption.

“We are completely online and web-based. We develop our own core IP but utilise - where it's available - commercial open source components in our applications and try to use services as much as possible," he says.

"There’s no point in trying to build everything ourselves when someone has built something and there's a fantastic API that we can tap into."

OzForex harnesses third-party electronic verification services that ensure it meets its know-your-customer and anti-money laundering responsibilities, and also free Higgins and his 40-strong IT team to concentrate on the core foreign exchange business.

Higgins is keenly aware of the need for OzForex to be able to swiftly respond to changing regulatory rules both here and abroad.

"For us it's a matter of making sure we decouple the systems we have so we can switch a bit easier," he says.

"For example, part of the system is heavily involved in compliance. If you can decouple that as a separate piece, if you do need to replace that you can almost build a new service, decommission the old one and put a new one in there seamlessly.”

While Higgins prefers to use third party solutions for vanilla requirements – CRM for example – and open source products where there is a strong business case, he maintains that by building and controlling the IP of the core foreign exchange system he has instrumented additional agility into the enterprise.

“They beauty of building your own systems is when the business says ‘hey we've done the research and know that treating our customer this way or dealing with registrations this way will increase our conversion rates, or revenues’ - we can turn around and say ‘yes we can do that,’” he said.

The competitive edge comes from “how you put the open source or services together - how they work together".

He expects OzForex will be able to do that integration piece even better in the future by better harnessing its data.

Higgins is currently investigating Hadoop stacks to see how OzForex can analyse customer behaviour on its website in real time, predict their next move, and respond appropriately.

“My preference is to use something like Amazon so you have ability to scale up for peak loads without having [resources] sit there unused," he says.

"Whether or not that is software-as-a-service, infrastructure-as-a-service, platform-as-a service is the process we are going through now. There are some really good systems like RedShift and Elastic MapReduce with AWS and we need to see if those suit us.

“We’ve got the roadmap – we’re now executing that – and are roughly halfway through.”