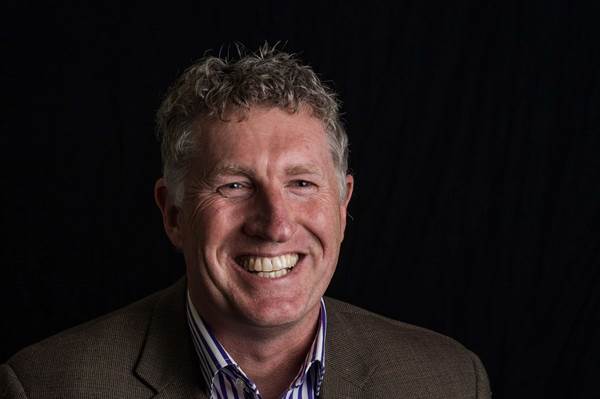 Few technology leaders have seen the forces of digital disruption so repeatedly and at such close quarters than Nigel Dalton, CIO of the REA Group.

Nigel Dalton is CIO of Realestate.com.au - a company that can take much of the credit for disrupting one of the most lucrative industries in Australia - the newspaper classifieds.

By applying a search engine to property listings, the company has displaced several hundred million dollars in annual revenues from the likes of the Fairfax media empire, which today has a market capitalisation of $2.2 billion versus REA Group’s $5.9 billion.

Immediately prior to his time at REA, Dalton was CIO of Lonely Planet. While at Lonely Planet he railed against the inertia stifling the printer of travel guides as content began streaming onto the internet.

His experience leading digital teams in both disrupted and disruptive organisations - not to mention his voracious consumption of academic texts and championing of agile delivery in Australian businesses - makes Dalton a sought after commentator on disruptive business models and an ideal first profile for the CXO Challenge series.

While there are many texts Dalton looks to for inspiration, ‘The Alchemy of Growth’, written by a group of McKinsey consultants, provides his first port of call on the subject of digital disruption.

In a country where "the executives that make decisions are obsessed only with today," Dalton says, The Alchemy of Growth provides a basic structure around which we should frame any discussion about disruptive innovation.

“The challenge can be expressed this simply: An organisation needs to think in three different horizons simultaneously; this year, next year and anything beyond," he said.

Dalton uses the example of Toyota, which pioneered the lean philosophy, to illustrate how these horizons need to be managed.

Toyota has strict rules about what executives spend their time focused on, he explains.

“In Toyota’s hierarchy, the president and executive are only permitted to think about horizons two and three," Dalton said.

"The people at the coalface must run and operate horizon one.

“As a CIO, I am always drawn to the challenges of today - challenges around IT security, developer recruitment, or how we use cloud. But I have to trust the teams to manage horizon one.

"Thankfully with guys like Trent [Hornibrook] and Herry [Wiputra] around, I don’t have to worry quite so much about that. That’s the pleasure of being the CIO at REA Group.”

Leadership, for Dalton, is about instilling a sense of purpose and developing a culture that embraces creativity. It shouldn't be his job to dictate precisely how work should be done.

“I am a strong believer in the agile principle of servant-leadership,” he says. “The mission of the servant-leader is to get the barriers out of the way of the engineers, the scientists.”

Dalton first put agile into practice as CIO of Lonely Planet – a time “fraught with trying to transform a printed service into the digital world”, he recalls.

Agile was his response to a failed ‘big bang’ IT project initiated by his predecessors, which had attempted to combine an SAP ERP system, Vignette CMS, photo library portal, a video library, an online forum, an online bookshop and an online booking system in one mega-project.

Dalton sought a new model when he joined the company in 2007, specifically charged with bringing over four million pages of fresh web content online in under eight months.

He found it in agile, a subject for which his enthusiasm knows no bounds.

From a software development perspective, agile provides small teams the autonomy to iteratively build new products and features during time-constrained sprints, relying heavily on visualisation during the planning process and automation during testing and deployment.

Agile prioritises a ‘minimal viable product’ over ‘big bang’ IT projects, and a ‘test and learn’ model for deciding what features to next build on.

Early adopters of agile have found its principles to be of use beyond software teams. At Lonely Planet, its use spread from product development and IT through to legal and book publishing.

As an operational model, it gave Lonely Planet staff enough autonomy to manage horizon one without the management overhead that would distract Dalton's view of where the company needed to go next.

Horizon two - the view of what will be required to remain competitive next year, “is where most disruptive innovation can happen," he said.

It's also where many large Australian organisations struggle. Hitting targets or overcoming obstacles in the current year loom large enough in the minds of most executives to worry about what's around the corner.

Some theorists, such as former Westpac CTO Jeff Jacobs, argue that to effectively embrace disruptive innovation, large organisations might consider setting up innovation labs that sit at arm’s-length of the core business and are allowed to disrupt it.

Walmart is held up as a global example - its @WalmartLabs idea incubator rebuilt the US retailer’s e-commerce platform and boosted online revenues by 30 percent.

Dalton understands why this is tempting.

“If you’re a start-up, you’re only ever thinking about horizon two,” he said. “You are not worrying about making money until tomorrow. If start-ups were given the same challenge as every other business - to make money today, they couldn’t do it.”

But Dalton has reservations about splitting disruptive activities into a subsidiary. It may be difficult to reconcile back into the core at a later stage, he said.

“What that means is that discretely, if you outsource the second horizon, you tend to have problems integrating it with the first.”

Organisations are also going to struggle to accept “a second horizon that will eat the first,” he said.

“You have to be able to hold both thoughts in your head and be aware the horizon is moving toward you every day."

Realestate.com.au, while one of the original digital disruptors of the media market in Australia, might soon enough find itself challenged by competition coming from unexpected quarters.

In March, Google Ventures sunk US$50 million into Auction.com - an online property broker that cuts out the middleman and allows sellers to auction their own property.

Auction.com has moved US$7 billion of property in 2013, mostly because it disrupts a source of significant friction in the US property market. In America, both the seller and prospective buyers need agents, an overhead circumvented online.

Google’s cash injection was “really impressive as a technology investment,” Dalton says, “and it wouldn’t have come up for no reason at all".

“Google are likely to be thinking not about today or tomorrow, but five years out.”

In the property market, he is impressed by LiquidSpace - a company which offers a peer-to-peer model for the booking of meeting rooms, offices and other collaborative spaces for business activity, relying on much the same model as Airbnb in the tourism market.

REA Group doesn't - or at least isn't speaking publicly about - any of its own peer-to-peer plays. But Dalton enjoys sharing information about these ideas with his team to keep the company’s talent “thinking disruptive.”

The company has been exploring what role virtual reality might play in viewing property listings, spurred on by the enthusiasm his software development team have shown for using virtual reality headsets as interfaces for gaming.

“We’ve been trialling the use of the Oculus Rift for conducting a property walkthrough,” Dalton confirmed.

“The theory is, why would you spend only 20 minutes at a property, when the next step is to turn up to the auction and place a bid? Why not spend three hours there?”

Oculus Rift is likely to be production-ready by next September, and if it takes off, REA will be well-placed to execute.

“We’re well advanced on that road - we are just figuring out things like working within bandwidth constraints in terms of dealing with multiple large images," Dalton said.

"We could really do with a proper NBN about now.”

But it won't be virtual reality that sets REA Group apart in the era of digital disruption. REA will retain its dominance, Dalton said, because of its culture.

“REA’s competitive advantage is a real sense of purpose around property,” he said.

“Property is the lowest rung on the hierarchy of needs - at the very bottom is the human need for shelter. It’s so visceral, and there are strong emotions attached to it. Everyone has a story about an inefficient and stressful property experience trying to buy or sell property. We make it simple, efficient and stress-free."

More broadly, Dalton’s advocacy for agile practices and innovation in Australian business help send the right messages to his team.

Dalton has set himself the task of convincing 20 percent of Australian IT shops to be using agile in practice by 2020.

“We need Telstra and CommBank to tip to agile. When Telstra tips, the momentum will be incredible. We’ll have thousands of practitioners to choose from.”

“We will get an agile, competitive economy. We just have to be patient.”