At the top of her game 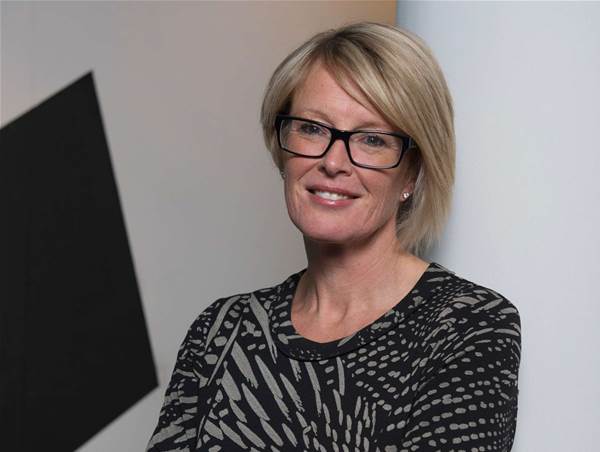 A decision to bring digital operations back in-house three years ago has paid big dividends for Tabcorp.

Next year, Tabcorp CIO Kim Wenn will spend her tenth year with the company, making her what some in the racing industry might call “a stayer”.

During that time, the wagering sector has experienced profound change. Wenn’s response to that disruption - a crucial decision made three years ago - illustrates why she is still top of her field.

In 2008, Australia’s highly regulated wagering sector was opened up to international competition for the first time. New market entrants like Sportsbet, now backed by UK’s Paddy Power, and Tom Waterhouse, now backed by William Hill, came to the market.

These cashed-up foreign companies were given an opportunity to take on local licensees Tabcorp and Tatts Group in the digital space.

According to local analyst group IBISWorld, Tabcorp’s earnings from horse racing declined by 1.6 percent in the five years to 2014. Tabcorp had leaned too heavily on its exclusive retail licenses in NSW and Victoria, and faced the growth of digital alternatives, facilitated by the new operators who set up their operations in low-tax, low product fee environments.

“Suffice to say, we had to raise our game with the onset of competition,” Wenn says.

“We were significantly behind the corporate bookmakers on digital. Up until then, we had been operating in a protected environment. A lot of money had been paid for those retail licenses and while we had some digital assets, we hadn’t invested a lot of time in digital.”

In 2011, Wenn proposed to the board that Tabcorp bring its digital capability in-house from a tier 1 technology outsourcer to set up its own digital shop out of its Sydney office.

“We established the processes and practices to ensure we could deliver in an agile fashion and respond to the changing competitive landscape,” she said.

“We came to believe quite quickly that being in control of our own digital assets was essential - it was a touchpoint to a customer and a core differentiator that we wanted control of.”

In the intervening three years, this digital team has grown to 40-odd staff and is “truly cross functional”, pulling together marketing and product development functions with developers, testers and DevOps (IT operations) engineers.

Wenn offers up two metrics to illustrate why it was a good move.

First, Tabcorp has demonstrated agility without compromising on systems quality.

Its systems of record have largely been barely touched - and won’t be overhauled anytime in the near future.

“To me, back-end services come down to price, they don’t make a difference to the customer,” Wenn said.

The focus was instead placed on a service bus layer in the middle that allows the team to isolate back-end host systems and connect to front-end channels via a set of APIs (application program interfaces). This would allow the development team a great deal more flexibility at the front-end.

Tabcorp’s former technology provider had previously only allowed for up to two major changes (releases) to its system each year. Today, Tabcorp’s inhouse digital team pushes out daily releases to front-end systems.

Wenn puts that down to spending “quite a bit of time on base foundational assets - solid APIs, solid test harnesses, automation tools and processes".

The CIO points to a recent campaign for the FIFA Soccer World Cup as an example of how the co-location of Tabcorp’s product, marketing and digital staff into an agile team allows for compelling offers to be pulled together at speed.

The company held a brainstorming session about what messaging its digital assets should carry as part of a broader marketing campaign around the event, where it was proposed that the team build a dedicated World Cup digital hub that would pull together pre-game news and stats, a live match centre, and post-match info - all delivered with integrated betting.

“We built that digital hub from idea to production in 6-8 weeks and it was 100 percent leveraging an in-house capability,” Wenn says.

“That site led to significant customer acquisitions. We simply couldn’t have done that three years ago.”

The company also attempts to prove out the oft-quoted adage that today’s organisation needs to “put the customer at the heart of everything you do.”

Users are invited into technology showcases held every fortnight and their responses to changes to the user experience are tracked and filmed. The digital team attempts to respond to criticism of its apps posted on social media by the next working day.

Once the company had built up a track record for being responsive, “people wanted to help us, rather than scold us,” she said.

But does that agility impact the bottom line?

“The proof is in the numbers,” she said.

Wenn says digital turnover was up 21 percent in the second half of FY2014, and over 62 percent of that turnover was transacted via a mobile phone during the first quarter of FY2015.

“Many customers have a preference for transacting with these devices,” Wenn said. “Tabcorp was first to market with an app using TouchID - the fingerprint authentication tool made available in iOS8 - and back in the day it was the first in our market to offer an iPhone app.

“We don’t see digital as a disruption, we view it as an opportunity.”

Future digital innovations will be based around three core strategic pillars - a customer experience that helps the company’s brands stand out from the pack, a focus on data and content so wagering can become a more integrated part of the sports-watching experience, and digital and retail convergence.

It’s on this third strategic pillar that Tabcorp provides an interesting case study into how to innovate without putting existing revenues at risk.

The company continues to hold an exclusive license for retail wagering and needs to continue to drive foot traffic into these locations, but many punters are migrating to online forms of betting.

The company has wisely chosen not to pitch the two channels against each other. The Tabcorp executive team is only incentivised to grow the wagering business as a whole.

“There is no demarcation of P&L that could result in fights between one channel to the next,” Wenn said.

Further, the company has attempted to demonstrate its commitment to omnichannel by leading a brainstorming session on how to use digital to drive traffic into retail. This session generated over 200 ideas, which were redefined into 22 broad concepts.

The best two are now being developed as prototype services to be rolled out in the near future.

One of those is a plan to roll out iBeacon sensors to retail outlets, augment the retail experience with digital (via smartphone payments, etc), and feed the commissions from any sale or bet made digitally back to the retailer alongside data on customer habits.

Wenn offered some words of advice on how an organisation might consider building a similar digital capability.

It also needs strong leadership - and not only from the CIO’s chair.

“Getting a strong commitment from the CEO is important,” she said. “I’m very fortunate that our CEO has a strong IT background. He understands that we are a technology company. He understands the differentiation a customer experience provides versus the things that are a commodity."

Third, the internal structure needs to promote innovation - “things like how P&L is accounted for and how people are rewarded are important,” Wenn noted.

The organisation needs to be structured so that everyone is goaled around understanding the barriers and “finding a way for technology to solve them,” she said.

“That’s something we’ve done quite successively.”

Skills-wise, building a “solid digital capability” requires some scruples be applied when recruiting.

The digital team “have to be engaged and innovative,” she said, “you have to sponsor that innovation and encourage it and reward it.”

Leadership also requires roles to be clearly defined. Wenn says one of her best moves was to recruit a general manager of digital technology and give him the opportunity to build a team. That’s also given her space to focus on what the CIO role should ideally entail.

“I take my role as a CIO very seriously - I see my role as influencing our business strategy to take advantage of emerging technologies,” she said.

“I see it as spending most of my time with my peers, getting them to understand the ‘so what’ of technology - what’s actually in it for business. So I must remain pretty well read and open to new ideas.”

Many of those ideas will come from outside the business, she said, which means a CIO also needs to play a ‘networking’ function.

“I keep a close eye on what the rest of the world is doing and am always asking what the implications might be for Tabcorp.”

The CIO also has a key role in “nurturing the team,” she said, “making sure I’ve got the best talent, developing the people, giving them space to create.”