APIs: rivets for the composable enterprise 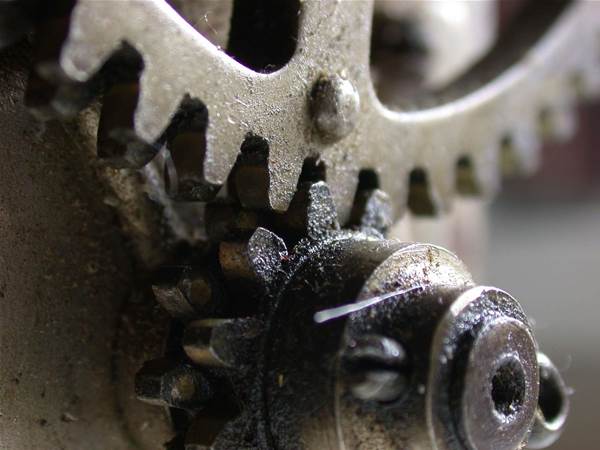 The challenge of application integration has been a bugbear in computing modernisation for decades.

It defined the client/server revolution in the 1990s and drove explosive growth in any-to-any middleware - which then became a millstone for ERP overhauls - as integration of incompatible business systems single-handedly drove innumerable cost and schedule blowouts.

Web services protocols such as SOAP (Simple Object Access Protocol) – driven as they were by catalogues of defined application programming interfaces (APIs) – offered a workable solution, yet they also worked best with bespoke services rather than those built around legacy systems.

It is only in this decade, with web-based applications now well established and new cloud-based alternatives built from the ground up as web services, that the benefits of API-driven application architectures are shaping massive functional overhauls for some of Australia's largest enterprises.

No longer must systems be built from the ground up and maintained, updated and replaced by in-house teams that could lose key staff at any time.

Instead, the construction of API-based applications is driving the creation of services that are both better documented and intrinsically easier to modify to suit changing business requirements.

Lingua franca for the cloud

At a very high level, an API is simply a collection of application routines with a carefully specified set of methods for inputting and outputting data to those methods.

APIs are typically well documented to explain the functions they offer and define the way requests are structured for them to work correctly.

They have played a role in bespoke software development for some time, allowing developers to add capabilities quickly to their software without having to build it from scratch.

With the rise of web services and cloud, the scope of APIs has become much broader: one web application might, for example, use an API to send a street address to a geospatial lookup service.

The response might variously consist of the name of the person or company at that address, a street-level image of the premises, a measure of its elevation, or its Australian Statistical Geography Standard (ASGS) details.

In this context, the API becomes the broker of information exchange between systems that might otherwise never know how to communicate.

Just as the adoption of Latin as the lingua franca of the ancient world enabled unprecedented cross-cultural trade and communications, the broad use of APIs has become a fundamental building block of the cloud-computing economy.

APIs are, for example, regularly used by e-commerce sites to process credit card transactions, which are sent for approval to a card issuer that returns an approval code based on its internal processing.

When Dick Smith CIO Paul Keen took up the reins of the then-struggling retailer in 2013, he found some pointy challenges awaiting him.

The nationwide retail business was still running on IBM AS/400 midrange servers that had been architected well before concepts like cloud or even internet were on the radar.

Keen and his team embarked on a complicated planning process, aware that the future of the company depended on its ability to provide a flexible online retail environment.

Over a process of months, Keen's team designed and built a software wrapper that encapsulated AS/400 key functions – translating data requests from external applications into commands the system could understand.

Its output was similarly processed to meet the requirements of external services, allowing them to interface with Dick Smith's core retail system as though it had been designed yesterday.

That system has subsequently supported a turnaround at the company, which has grown since it went public in late 2013.

Seamless interfaces to the system have made it easier for third parties to access current inventory information, enabling business initiatives such as a partnership with David Jones and integration with online merchants eBay and Catch Of The Day.

A new click and collect initiative - which lets users shop from home but pick up goods at a nearby Dick Smith outlet - was designed and implemented across 400 stores in just six weeks.

Despite its modern user interface, click and collect ultimately triggers retail sales events in that very same AS/400 system.

“Legacy systems are easy to dismiss, but they're the gold of the organisation if you do the right thing by them,” Keen told iTnews' CXO Challenge.

“They only turn bad because people don't upgrade them, get scared about rolling out patches, and don't know how to deploy new code. If you keep them active, they can be great.”

The facilitator for this shot in the arm is the use of application programming interfaces (APIs).

Empowered by growing innovation from cloud services, APIs have become the trigger for a reinvention of the way businesses execute critical functions to take advantage of modern online services.