ANZ looks to life beyond the transaction 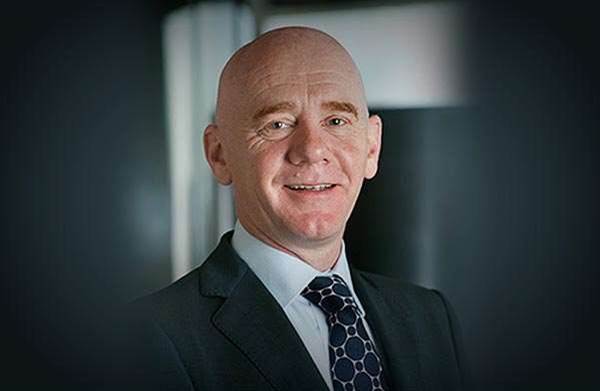 If digital disruptors think an online payments startup could rock the big four, they’ve missed the point of why people use banks, says Patrick Maes.

ANZ chief technology officer Patrick Maes is weary of the shallow applications that typify “cloud” and “big data” projects almost as much as he’s tired of the alarm bells ringing in financial services about the threat posed by startups.

After several decades working in advanced computer science across banks the world over, Maes has seen it all before.

“I’ve learned one thing - a new technology is seldom very new at all,” he told iTnews this week. “In 30 years, I’ve never seen a new technology. Every new thing is merely the next step on something that came before it.”

Maes takes a long term view of technology investment that is rare in an industry abuzz with talk of digital disruption, ‘SMAC’ and ‘Big Data’.

He began his career building data models for the Belgian Government, has overseen the build of transactional services within some of Europe’s largest banks (AXA, Rabobank), and spent a good deal of time working for the banks from the supply side in senior roles for IBM and HCL.

Now both a CTO and general manager of strategy and planning within ANZ’s operations group, Maes reminds his peers regularly that plenty of hyped technology trends failed to mature in the past.

“We seem to jump from one promise to the other,” he lamented.

Too big to fail, too broad to disrupt?

As a student of economics, Maes defines banking according to the provision of three core services - a transactional capability, the holding of assets and the providing of advice.

Very few digital disruptors can provide all three, he notes.

“The general evolution in financial services is that offering transactions is becoming almost marginless,” he said, using the example of the Single Euro Payments Area to illustrate.

The holding of assets, meanwhile, is regulated in Australia. The interim Murray Report would suggest that the protections offered to Australia’s largest banks aren’t about to erode any time soon.

Maes doesn’t think it will be transactions nor the regulation of holdings that sets ANZ apart in the coming years - rather, its the third point of the triangle, the provision of advice.

While Maes doesn’t say it explicitly, ANZ is spending a large share of its technology investments in wealth and advisory businesses - those that offer the best margins into the future. The customers ANZ most lust after have far more complex financial concerns than finding the best price using a basic online service.

They need to trade in multiple currencies and shares, he said, manage their superannuation and other investments for retirement. Invariably that requires a trusted brand, and favours an organisation with the breadth of services offered by ANZ.

ANZ plans to “create the advisory bank, the bank that offers insights,” he said.

But Maes is reticent to use the term “big data”.

“People talk about big data as though it is new - I’m pretty sure banks were doing more advanced work with large sets of data in the 1990s than most industries are doing today,” he said. “If big data is about having a vast amount of information, both structured and unstructured, and applying algorithms to it, we’ve been there already,” he said.

“What the vendors are selling is the McDonalds version of big data - building a machine that  produces cheap offers for their clients,” he said.

“If everyone in the world focuses on cheap offers, we will create a new version of spam - people will simply start turning off.”

Data analytics is of more value, he contends, when these increasingly accessible algorithms are complemented with heuristics. Rather than simply using the technology to inform the development of new products or offer them cheaper, these computations can contribute to the bank providing better advice for customers.

“The way banking will evolve will definitely not be about pricing,” he said. “It will be about meaningful services and meaningful advice. That’s more than just selling another mortgage.”

APIs, bundling and the cloud

The next revolution in banking, Maes concludes, will be the transition from a product-centric approach to a services-oriented approach.

Innovation, on that basis, lies in integration and automation - which is where cloud fits into the picture.

Maes uses the example of the USAA - a provider of financial services to the US military he once advised - as a model for how this might look in the future.

The USAA offers a breadth of products - traditional banking services, credit card lending, insurance, managed investments - but doesn’t build the technology that underpins all of them.

“The USAA has moved away from a product-centric approach to an event-centric approach,” he said. “They have identified 15 main events that are important to a customer - marriage, buying a house, kids going to school, divorce, retirement, and more - and their teams are organised around managing the financial implications of these events for their customers.

“Today, that’s mostly done from within the contact centre -  disruption will occur when automation is applied.

“Let’s assume you are a member and you want to buy a car, and you’ve chosen a specific model. You push a button as a customer, and it becomes the bank’s job not just to finance that car but to procure that specific model at lowest possible price, insure it, and deliver it to you.

“That’s where banking is going to be - we will be combining our financial services to create meaningful interactions with our customers.”

Cloud plays an important role in this future, he said, less so for its ‘as-a-service’ model and more for the tendency of cloud providers to leverage each other’s APIs to bundle services together.

“At this point, banking truly becomes part of the value chain,” he said. “With intelligent bundling in the retail space, price elasticity plays a much smaller role because customers will be happy to pay extra points for convenience.

“The next big disruption will be where we have an intelligent service layer - where we can externalise our services and capabilities for other companies to bundle with theirs.”