A new perspective on digital leadership 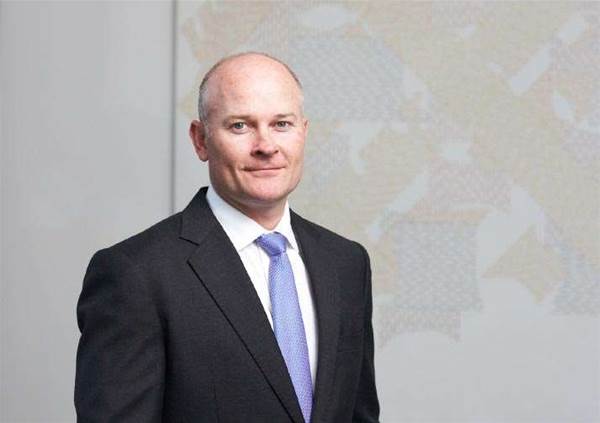 Is the coalface of a bank’s technology operations the data centre, or the contact centre?

Former National Australia Bank CIO Adam Bennett is the first executive general manager of the bank to choose an office in the company’s Sydney-based call centre rather than in the bank’s plush executive headquarters in Melbourne.

Bennett’s role is executive general manager of digital and direct banking - and regardless of how broad you believe the divide is between the ‘IT’ and ‘Digital’ functions of a bank - Bennett is unlikely to be the last CIO to take a sideways step.

Bennett sees colocating with a contact centre as a “natural extension” of his prior work - both as CIO and as EGM of enterprise transformation.

“The experience and disciplines I gained learning how to run a bank I can now apply to customer channels and to frontline staff,” he told iTnews.

Customer channels is an area of interest he developed after being asked to compare NAB’s digital strategy with those of banks elsewhere in the world.

His conclusion was that much of what goes on behind the scenes in IT makes little difference to the company if it doesn’t directly lead to customer outcomes.

As the financial services industry is hit with a new wave of digital disruption over the coming 18 months, “we’ll see the types and version of technology - the flavours, if you will - as only the means, and not the end,” Bennett says. “The ultimate end will be the customer experience.”

In late April, Bennett kicked off a review of NAB’s digital strategy.

Thus far he’s concluded that while NAB is “doing some good stuff”, measuring the bank’s strategy according to the features in its apps and the gadgets it supports doesn’t really tell the story of whether they are driving advantage for customers.

“I would characterise digital disruption along the lines of volatility, uncertainty and ambiguity, but also opportunity,” he said.

“There is today a customer propensity to use different channels. We have seen massive growth of mobile devices and smartphones, with use jumping 55 and 60 percent. On the retail side of our business, four fifths of our customers are using digital channels every month.”

For Bennett, digital strategy is about pursuing a process that reinforces an organisation’s key values every time a customer engages with the bank using a digital platform.

“What customers want to do today is to self-serve - to transact. But ultimately I believe it will move to greater engagement. The question will be how to keep them coming back to you in all the ways they want to - in a way that hangs together well for a good customer experience.”

Bennett notes that technology leaders within Australia’s largest banks have a larger role to play than smoothing over the transactional experience for retail customers. The bank’s business customers are themselves impacted by digital disruption, he said, and will be looking to NAB to help understand how to engage in these channels and transform their own operations.

“We need to be sensitive to change in all industries,” he said. “No industries are immune to digital disruption - our customers are grappling with it too.

“We need to position ourselves between two bookends: catastrophising around the change on one extreme, and complacency on the other, the ‘I’ve seen it all before’ syndrome. Neither of those is where we want to be.”

Bennett refutes any suggestion that banks are too large and bureaucratic to innovate to the degree of digital disruptors, and defends the record of NAB’s senior executive for its willingness to provide room at the bank for individuals to effect change.

“Absolutely, there are opportunities for individuals to shift an organisation,” he said. “That happens at NAB all the time. We are working on a culture that allows individuals to have space to innovate and to pursue those big ideas.”

NAB’s Flik application, for example, was conceived independently by two NAB employees, who brought the idea to the attention of the executive. Flik is a P2P payments app facilitated via a mobile app which allows NAB customers to send and receive payments to each other via SMS, Facebook message or email without knowing each other’s BSB and Account numbers.

“We gave [the two individuals] space and funding, it’s now live and we’re now building off it,” Bennett said.

The same approach to innovation can happen on a larger scale, he said.

“We’re the only big four with an online, digitised bank to play with [in uBank] - and its grown to hit $18 billion deposits and 400,000 customers,” he noted. “That’s an example of looking at ourselves in a different lens. Its very healthy for a bank to do that.”

While structurally UBank sat “a little outside the core” of NAB’s operations, Bennett said it was allowed to “have its cake and eat it too” by “drawing on all the good things from inside.”

“That’s the power of innovating within big companies,” he said.

Bennett doesn’t believe that the structure of a disruptive project is particularly material to its chance for success. He thinks UBank would have worked whether it operated as an independent subsidiary, at arms length to the business or from within the business.

“To me, the process, culture and leadership are bigger determinants of success than structure,” he said. “Structure is only one lever.”

Bennett is nonplussed about where digital leadership should sit within an organisation - within IT, within marketing, or indeed as its own discrete function.

“Where it sits functionally is not that important, as long as you take a customer perspective. What’s the experience of the customer? What’s the next thing they are going to need from us?”

More critical will be the approach of the leaders themselves, he said. He believes that one of the most crucial leadership qualities in a digitally disrupted market will be “to remain curious”, and to do a lot of listening.

“Sitting out in the contact centre gives me good insights into what’s happening on the floor,” Bennett says. “I have visibility over where we are generating leads from marketing, whether a particular campaign generates calls and how staff deal with it.

“Sitting here, you get a sense for the type of things customers are calling about. It helps you to elevate issues and prioritise.”

Pressed for an example, Bennett recalls that the contact centre was taking some interesting feedback on the NAB Traveller Card product.

“The process behind that product wasn’t working for the customer as we would have liked,” he said.

Customers demanded the ability to load funds on and off their Traveller Card from their other accounts while they are logged in to an online banking session. Bennett was able to prioritise this investment, such that this function is now offered “real-time in internet and mobile banking.”

“We have to be more and more agile as an industry,” he said. “Customer expectations are changing - today’s innovation will be tomorrow’s ticket to the game. At NAB, we have opted to chase a medium to long term view. We have to think beyond the next gadget and next feature. Because it is fair to say whatever expectations customers have now is the least they’ll ever expect.”

Bennett believes banks will survive digital disruption if they use digital to reinforce their core values - in NAB’s case, the ‘Fair Value Agenda’ of lower rates and less fees.

But the lower margins available in a more competitive environment may require a more frugal approach to technology investment than what we’ve seen to date. He predicts that banks will move from being technology companies unto themselves into smarter integrators of technologies sourced elsewhere.

“A core competency is likely to be how well you can leverage an ecosystem to compete in the marketplace,” he said. “That’s fairly different to how banks have traditionally thought about technology - we’ve taken the whole, ‘we’re big, we can afford to build this ourselves’ mentality. You’re going to have to draw on the R&D that external partners can provide you.”

Technology staff will need to hone the necessary soft-skills to collaborate both with other divisions of NAB and with other organisations. They will more likely be part of multidisciplinary teams, working towards “a single outcome for the customer.”

“It will be less on the how and the tactical,” he said. “IT staff will also have to focus on what’s commercial - what is both good for NAB and good for the customer, not just what’s possible. The ‘what’s possible’ is the realm of toys and gadgets - that’s not where this will all end up.”

Leaders will also need to keep a keen eye on other industries that are equally impacted by digital disruption, he said.

“We need to reserve the right to get smarter. All of this challenge and disruption is playing out across industries, and its way too early to tell who is going to win.

“A key leadership skill is painting a picture of where the organisation could be, and creating a space for people to step into. Things like building a culture - the ‘why are we doing this’ stuff - that will be very important.”