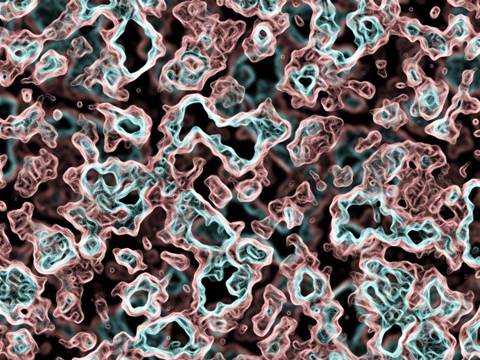 Two engineers at the University of California, Riverside are part of a team that has found living bacteria which produce semi-conducting nanotubes, a discovery that could help in the creation of a new generation of nano-electronic devices..

The team, including Nosang Myung, associate professor of chemical and environmental engineering, and his postdoctoral researcher Bongyoung Yoo, believes this is the first time nanotubes have been shown to be produced by biological rather than chemical means.

This process opens the door to the possibility of cheaper and more environmentally friendly manufacture of electronic materials.

The team found the bacterium Shewanella facilitates the formation of arsenic-sulfide nanotubes that have unique physical and chemical properties not produced by chemical agents.

"We have shown that a jar with a bug in it can create potentially useful nanostructures," said Myung.

"Nanotubes are of particular interest in materials science because the useful properties of a substance can be finely tuned according to the diameter and the thickness of the tubes."

According to Myung, the whole realm of electronic devices which power our world currently depend on chemical manufacturing processes which use tremendous energy, and leave behind toxic metals and chemicals.

The nanotubes produced by the bacteria behave as metals with electrical and photoconductive properties. According to the researchers, these properties could be used in the next generation of semiconductors in nano- and opto-electronic devices.

Although the process is not yet fully understood, it seems that the Shewanella bacterium secretes polysacarides that produce the template for the arsenic sulfide nanotubes, Myung explained.

The practical significance of this technique would be much greater if a bacterial species were identified that could produce nanotubes of cadmium sulfide or other superior semiconductor materials, he added.

"This is just a first step that points the way to future investigation," he said.

"Each species of Shewanella might have individual implications for manufacturing properties."
Got a news tip for our journalists? Share it with us anonymously here.
Copyright ©v3.co.uk
Tags:
bacteria boffins discover hardware nanotubeproducing