CDMA users get grace period while Telstra scours for handsets 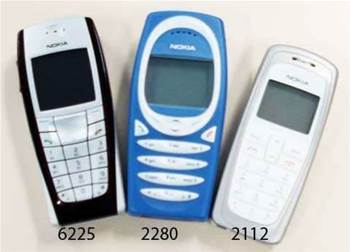 Users of Telstra’s CDMA network will keep their mobile numbers for a thirty day grace period while switching to the Next G network as the telco giant searches for its three most widely used CDMA handsets.

Telstra put out the call for its three most used CDMA handsets – the Nokia 2112, the Nokia 6225 and the Nokia 2280 – so users wouldn’t end up stranded without a mobile service once the CDMA network closes on January 28.

"Telstra records show that Nokia mobile phones are far and away the most popular CDMA handsets still in use across the country and we're calling on customers to help round them up," said Telstra Country Wide executive director, Gary Goldsworthy.

"No one wants a situation where a customer goes to use their CDMA mobile after the scheduled network closure on 28 January 2008, only to discover they have no service. You won't even be able to be able to make a 000 call on a CDMA handset, once the CDMA network closes."

Originally, Telstra said that if CDMA users did not switch before the January 28 deadline, they would lose their mobile phone number.

However, according to Telstra Country Wide group managing director Geoff Booth who spoke to ABC Online, CDMA users will now have up to a month to switch over their existing number before it disappears for good.

"There's a lot of advertising so I'd have to actually refer to a particular piece," he said. "But I'm certain that our intention is that we'll hold these numbers that were with the previous CDMA service for a period of time, and I'm pretty sure it's a month after the closure, so that many customers, for example, on pre-paid services, you know, those that pay in advance, mightn't be that fussed.”

A Telstra spokesperson confirmed the grace period, stating: "Telstra appreciates that, for some people, their mobile number is an important asset, and so we have been keen to encourage customers to migrate sooner rather than later as once the short quarantine period expires, the number will be returned to the pool."

Telstra said customers who are unsure as to whether or not they have a CDMA mobile can check by removing the back of the handset where the battery is located. Unlike GSM mobiles, CDMA handsets don't have SIM cards.
Got a news tip for our journalists? Share it with us anonymously here.