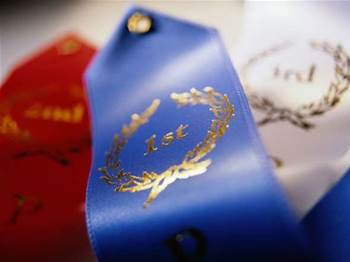 Apple has edged out PC stalwarts Dell and HP to take the “Best PC” award in Australia’s biggest ever consumer technology survey.

Conducted by consumer tech magazine, PC Authority, the 2007 Reliability & Service Awards were compiled with the participation of over 14,000 respondents who filled out surveys detailing their satisfaction levels of over 93,000 items of hardware and 100,000 items of software, worth over $50,000,000.

Showing that you don’t have to be a ‘PC’ to be taken seriously by consumers, Apple scored top marks across all survey categories, followed closely by Dell in second place and Lenovo in third. HP and Optima rounded out the top five.

The ‘Best PC’ award is sure to raise a few eyebrows, especially considering that Apple for years has been trying to distance itself from the ‘PC’ brand. And it appears even Apple were caught off guard, with both its international and Australian offices declining to comment on the accolade.

While Acer and Compaq saw only 67 to 69 percent of customers satisfied with support, Apple rang in with a whopping 80 percent of satisfied customers, while 48 percent said they were “very satisfied”. Dell had a 75 percent satisfaction ranking.

In terms of reliability, 90 percent of Mac users were satisfied, compared to Dell’s 83 percent. Acer scored lowest with 71 percent of buyers satisfied and Compaq only satisfied 74 percent.

In a result that may surprise PC enthusiasts who maintain Macs are overpriced, Apple came out tops in the value for money stakes too, satisfying 76 percent of its customers. Dell came in at 75 percent, while Compaq, HP and Lenovo were 65 percent, 68 percent and 63 percent respectively.

PC Authority and iTnews are both published by Haymarket Media Australia