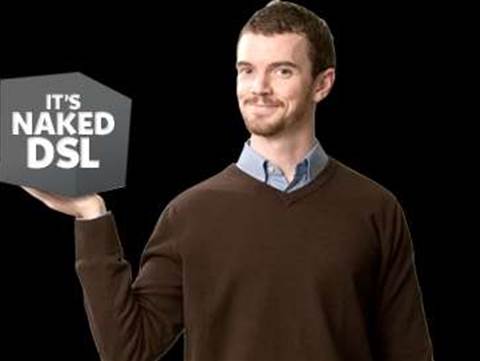 “Many Australians have wanted to get rid of unnecessary landline expenses for some time now, and iiNet has worked hard to provide an innovative, cost-effective Naked DSL service which liberates consumers from old analog technology,” said Michael Malone, iiNet’s Managing Director in a prepared statement.

iiNet's Naked DSL offering has been positioned for both home and business users and is bundled with the ISP’s iiTalk VOIP product, allowing customers to retain their existing phone number. The bundle offers free local and national phone calls over the VoIP service.

However, unlike iiNet’s other ADSL2+ offerings, data quotas for the Naked DSL plans will be affected by both downloads and uploads, and once users exceed their download quota, speeds will be shaped to 64kbps/128kbps.

“We are seeing over time that the ratio between uploads and downloads is changing, with more uploads increasing,” said iiNet chief operating officer Mark White. “We are the third largest ISP in Australia and we’re competing head to head with Telstra and Optus and the challenge is that both of those competitors represent their product counting both uploads and downloads.”

The counting of uploads, which has upset a number of posters on popular broadband forum Whirlpool, was introduced to give customers an “apple for apples” comparison against iiNet’s competitors, White said.

“We don’t want to be the guys who follow Telstra or Optus we want to be the guys that are actually setting the pace,” he said. “With included national and local calls, Naked DSL will fundamentally shift the landscape of people’s telephony needs and the way they access broadband.”

iiNet was tipped to be first off the blocks in launching Australia’s first Naked DSL service but was pipped at the post by Perth based ISP Amnet in late October. Amnet re-announced its “Naked Line” service yesterday in a move that can only been seen as attempting to steal the thunder from iiNet’s launch today.

However, unlike iiNet which enjoys ADSL2+ nation-wide coverage, Amcom is only offering its service to residents in Western Australia and South Australia.

“I wouldn’t be so bold as to comment on why they have re-announced their launch, but a bit of gamesmanship is good for everyone,” White said. “And anyway, iiNet is still the first nation-wide ISP to launch this type of service, while Amnet is restrained by their network coverage.”

Although iiNet’s new offering will no doubt be successful in metropolitan black spots where it can bypass Telstra’s distance limitation, which is imposed on all 'line sharing' based ADSL2+ services, iiNet believes Naked DSL will still attract a very particular type of customer.

“This [naked DSL] isn’t a product for everyone and it was never going to be,” White said. “Our primary target market is for people who the internet is an integral part of their life, for someone who uses it as part of their everyday living.”

White said this market is typified by higher income earning, technology savvy user. He believed that there were some four million of them in Australia.

A typical installation and setup process for iiNet's Naked DSL will take approximately three weeks. Setup fees will cost $150, however, iiNet is offering free installation if customers sign up to a 24 month contract.

Both Internode and TPG are currently trialling the technology and are gearing up to enter the Naked DSL arena early next year.
Got a news tip for our journalists? Share it with us anonymously here.