Court orders pirate to use Windows 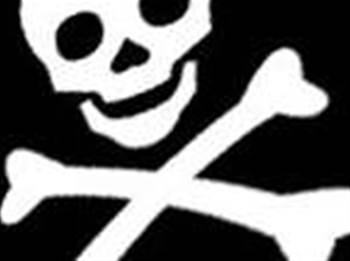 A man convicted of illegally downloading an episode of Star Wars has been told that he can no longer use his computer with an Ubuntu Linux operating system.

He served five months in prison and is now on probation, but has been told that he cannot use his Linux computer.

"I had a meeting with my probation officer today and he told me that he has to install monitoring software onto my PC. No big deal to me; that is part of my sentence," he wrote on his Lost and Alone blog.

"However, the [monitoring] software doesn't support GNU/Linux. So he told me that if I want to use a computer, I would have to use an OS that the software can be installed on.

"Which basically means Microsoft and monitoring software or no computer. I use Ubuntu 7.04 now, and they are trying to force me to switch."

McCausland, also known as 'sk0t', was the first person to be jailed for BitTorrent use and was a member of the Elitetorrents site that was shut down by the FBI in 2005.

He claimed that he is not trying to subvert the restrictions placed on him, but does not see why he should have to buy a new operating system to do so.

"The terms of my plea state: 'I consent to period checks of my PC by my [probation officer] and/or the installation of software to monitor my internet activity,'" he wrote.

"I am consenting to all of it, but it just so happens that the OS I use might not be supported by the software they use to monitor. So I do not feel (neither does my lawyer) that the government can force me to switch OS."

McCausland has now started an appeal on his website to cover the cost of buying Windows.

McCausland was arrested after the Elitetorrents site posted the latest Star Wars film before its cinema release. This brought the site to the attention of the Motion Picture Association of America which helped the FBI to shut down the site.
Got a news tip for our journalists? Share it with us anonymously here.
Copyright ©v3.co.uk
Tags:
courtorderspiratesoftwaretousewindows