Rise of the LCDs hits Panasonic 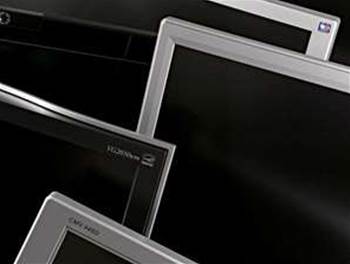 The relentless increase in size, and decrease in price, of LCD display panels is proving a significant challenge for Matsushita.

Better known under its Panasonic brand name, Matsushita is the leading manufacturer of the only existing alternative large flat display technology, the plasma display panel.

Until recently, plasma screens enjoyed a comfortable position at the top of the flat screen TV market because the intrinsic brightness and large pixel size of the technology lends itself to large format screens of 50in or more.

LCDs were originally suited only to smaller, higher resolution screens owing to their small pixel size and need for even backlighting.

However, rapid advances in LCD and backlight technology mean that LCD TVs now account for more than 50 percent of large TV sales, according to analysts at Nomura Securities. The biggest LCDs on the market now exceed 70in.

"Matsushita is bound to see its status as a TV maker dwindle further if it remains limited in its commitment to the LCD market," said Nomura analysts in an investment report today.

"While we think that 2007 will be easier than 2006, as Matsushita has introduced full-high-definition PDP TVs, the commoditisation of LCD TVs in the 40in to 45in range has been faster than expected.

"It now seems necessary to assume the worst-case scenario when it comes to discounting for 50in plasma display panel TVs."

Based on these concerns over the display panel market, Nomura today lowered its investment advice on Matsushita from 'buy' to 'neutral'.

Matsushita has also yet to find a purchaser for or otherwise resolve its problematic links to loss making subsidiary JVC, Nomura noted.
Got a news tip for our journalists? Share it with us anonymously here.
Copyright ©v3.co.uk
Tags:
hardwarehitslcdsofpanasonicrisethe