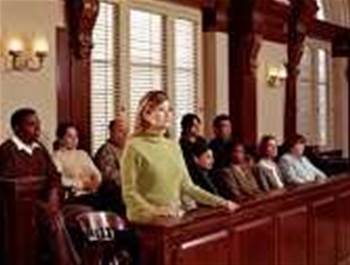 LG is seeking an injunction to prohibit Quanta's use of this technology as well as monetary compensation. The suit was filed in the US District Court in the Western District of Wisconsin on 3 July.

The claims include infringement of four DVD patents which LG says Quanta has been using without permission to produce notebook computers supplied to US computer companies.

"LG's proprietorship of DVD technologies is widely recognised throughout the industry, and the unlicensed use of our intellectual property is not acceptable under any circumstances," said Jeong Hwan Lee, executive vice president and head of LG Electronics' Intellectual Property Centre.

Quanta said in an official statement: "The company has assigned its legal representatives to work on this matter. R&D is crucial to Quanta's success, and the company values and respects intellectual property rights.

"Quanta is committed to defending its reputation and acting in the best interest of its shareholders."

LG filed a lawsuit against Quanta for alleged patent infringement of its personal computer technology in a Californian District Court in 2000.

In July 2006, the US Court of Appeals overturned and handed back the decision of the trial court, which had originally decided that the Taiwanese company did not infringe on LG's patents.

The companies are currently awaiting the court's final decision, which is expected to be handed down during the first half of 2008. LG said that it expects the final ruling to be in its favour.
Got a news tip for our journalists? Share it with us anonymously here.
Copyright ©v3.co.uk
Tags:
infringementlgpatentquantaslapsstrategysuitwith