Mobile application processors on the way out 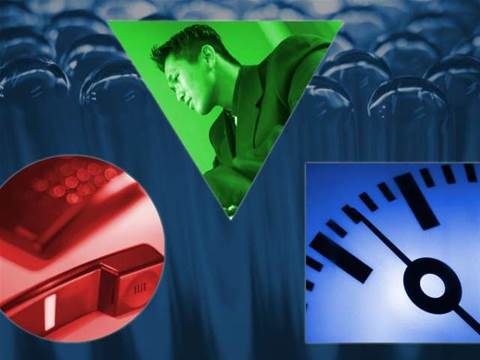 US$4bn market in 2007 will begin to decline in two years.

The global market for wireless handset application processors will be worth US$4bn in 2007, but will begin to decline within two years, experts predict.

ABI Research noted that this market, driven by the global explosion in smartphones and other high-end portable devices, has grown rapidly from small beginnings.

In 2007, application processor revenue is expected to be nearly US$4bn with unit shipments of nearly 298 million. But the analyst firm predicts that, within two years, two factors will begin to exert downward pressure.

"Around 2008, a lot of the big semiconductor processor companies that make application processors are going to start incorporating 65nm and 45nm geometry into their designs," said ABI Research senior analyst Douglas McEuen.

"This will make it easy to integrate the application processor functions into the baseband processor. The applications processor industry is still living high on being new, but I do not think it is going to be sustained."

The second factor is the rise of the ultra low cost handset, which is set to take an increasing share of the world's handset market. These basic, no-frills devices have no need of application processors.

Most major application processor vendors are large, diversified companies such as Texas Instruments, Qualcomm and Freescale. With so many other products in their portfolios, the state of this market will not "make or break" them.

But ABI Research advises manufacturers able to mount 45-65nm fabrication efforts to get onboard the baseband processor integration trend early.

"The market will not go away altogether, since there will always be some ultra-high-end smartphones offering every single application possible that are going to need a standalone application processor," concluded McEuen.
Got a news tip for our journalists? Share it with us anonymously here.
Copyright ©v3.co.uk
Tags:
application mobile on out processors software telco/isp the way