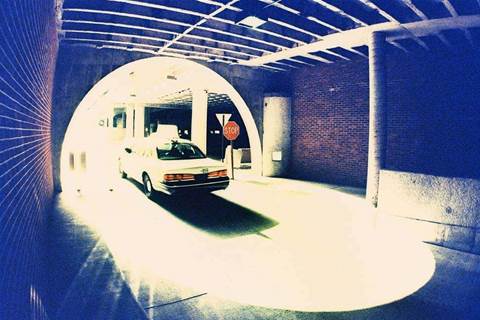 GLOBAL - Stanford's junior to enter the urban jungle in November.

Intel is betting that two of its quad core processor will give a vehicle the brains to navigate a real urban area, complete with oncoming traffic and other obstacles.

The chipmaker is sponsoring a team entered by Stanford University that will enter the Darpa Urban Challenge. The team's modified Volkswagen Passat is scheduled to take to the streets in an undisclosed location on 3 November. Intel also supported the Stanford team that won the challenge in 2005.

The vehicle is loaded with laser range sensors that detect obstacles. It also combines a GPS receiver with inertial measurement tools that sense acceleration and rotation to determine its position.

The Darpa Urban Challenge is the third in a series of robotics challenges sponsored by the US Defence Advanced Research Projects Agency (Darpa). The first two challenges took place on a desert course and required contestants to navigate 131.2 to the finish area. After the first challenge yielded no finishers in 2004, Stanford www.vnunet.com in October 2005.

Scheduled for 3 November, the Urban Challenge requires contestants to follow traffic rules and avoid other traffic participants. The addition of moving objects to which the car has to respond is making the challenge a lot more difficult.
"The perception of everything in your environment is what is making this hard to do," said Scott Ettinger, a researcher with Intel.

"Predicting the future, predicting where other objects are going to be in a few seconds is the hardest part," added Tim Hilden, a researcher with Volkswagen.

The addition of traffic rules and moving obstacles is causing a drastic increase in the amount of data the robocar has to process. Junior is powered by two servers running Linx on Intel's core-2 quad processors. The software that processes the input from the sensors and handles navigation is custom built.

But despite those added challenges, Ettinger claimed that the technology that enables the robocar is pretty much done, and will soon be ready for application in the real world.

"Technologically we're probably not that far away. I think the social aspect is going to be the difficult part: dealing with the legal issues of this and getting people used to the idea. I see that as a bigger barrier than the technical issues."

Got a news tip for our journalists? Share it with us anonymously here.
Copyright ©v3.co.uk
Tags:
challenge coming hardware robocar to town